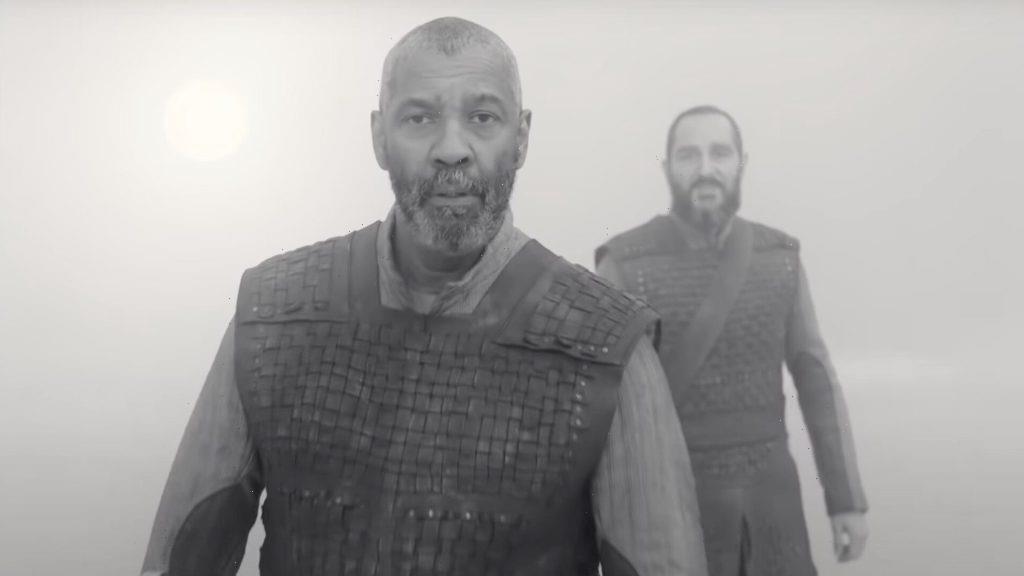 EXCLUSIVE: Deadline has the first exclusive track from Carter Burwell’s Oscar-shortlisted score for The Tragedy of Macbeth, which is set for release tomorrow via Milan Records, as the film from director Joel Coen premieres globally on Apple TV+.

Coen’s take on William Shakespeare’s classic 17th century play Macbeth watches as Denzel Washington’s Scottish lord is convinced by a trio of witches that he will become the next King of Scotland, subsequently conspiring to seize power with the help of his wife, Lady Macbeth (Frances McDormand).

It’s the latest project to emerge from a career-spanning partnership between Burwell and Coen, dating back to 1984, which has seen the former score almost all of the latter’s films including Raising Arizona, Fargo, The Big Lebowski, No Country for Old Men and True Grit.

Burwell’s score for The Tragedy of Macbeth juxtaposes string-heavy instrumentation with onscreen dialogue performed throughout the film, with vocal contributions by Washington, McDormand and more featuring on nearly half of the album’s 13 tracks.

Heading into the Shakespeare adaptation, Burwell was wary of making the obvious choices—making sure not to “let the witches run the show,” make Lady Macbeth “a bully” or cast Macbeth as “a blood-thirsty madman.

“The way Joel Coen adapted the play, and the way the actors played it, the Macbeths are human and supportive of each other. Loving even. And culpable,” says the composer. “But the music also plays the film as a thriller. A murder sets a mechanism in motion that will unwind with greater pace and greater stakes until the end.”

Of the utmost importance in crafting his score was making sure to support Shakespeare’s dialogue, rather than trampling over it. “In any adaptation of Shakespeare, the language is the featured player, and Joel and I often discussed how much or little the music should play during the great monologues. We arrived at the maxim that, in these scenes, the dialogue was the melody and the score its accompaniment,” Burwell shares. :With this in mind I tried to write around and below the words, placing much of the score in the lowest registers – cellos and basses – where it wouldn’t fight the speech. This also accentuates the darkness of a very dark story.”

The score’s ominous tone is punctuated by moments of solo violin described by Burwell as “taking flight out of the darkness.” Helping the composer to channel the idea of a folk-style sound from unknown lands was award-winning violinist Tim Fain.

Burwell is an Emmy and nine-time ASCAP Award winner who has also garnered accolades throughout his career including three Golden Globe nominations and two Oscar noms, receiving the latter pair for his work on Martin McDonagh’s Three Billboards Outside Ebbing, Missouri and Todd Haynes’ Carol. Outside of his work with Joel and Ethan Coen, he has lent his talents to such titles as Missing Link, Goodbye Christopher Robin, Wonderstruck, The Founder, The Finest Hours, Anomalisa, Seven Psychopaths, The Kids Are All Right, Howl, The Blind Side, Where the Wild Things Are, In Bruges, Before the Devil Knows You’re Dead, Adaptation., A Knight’s Tale, Hamlet, Being John Malkovich, Velvet Goldmine, The Spanish Prisoner, Fear and three Twilight films, also scoring such acclaimed series as The Morning Show, Space Force, Olive Kitteridge and Mildred Pierce.

A24 has The Tragedy of Macbeth in select theaters now. Bertie Carvel, Alex Hassell, Corey Hawkins, Harry Melling, Brendan Gleeson, Moses Ingram and Kathryn Hunter round out the cast of the black-and-white drama, from Apple Original Films, IAC Films and A24, which Coen and McDormand produced with Robert Graf.