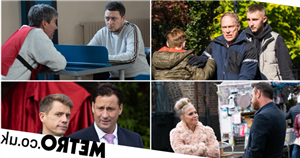 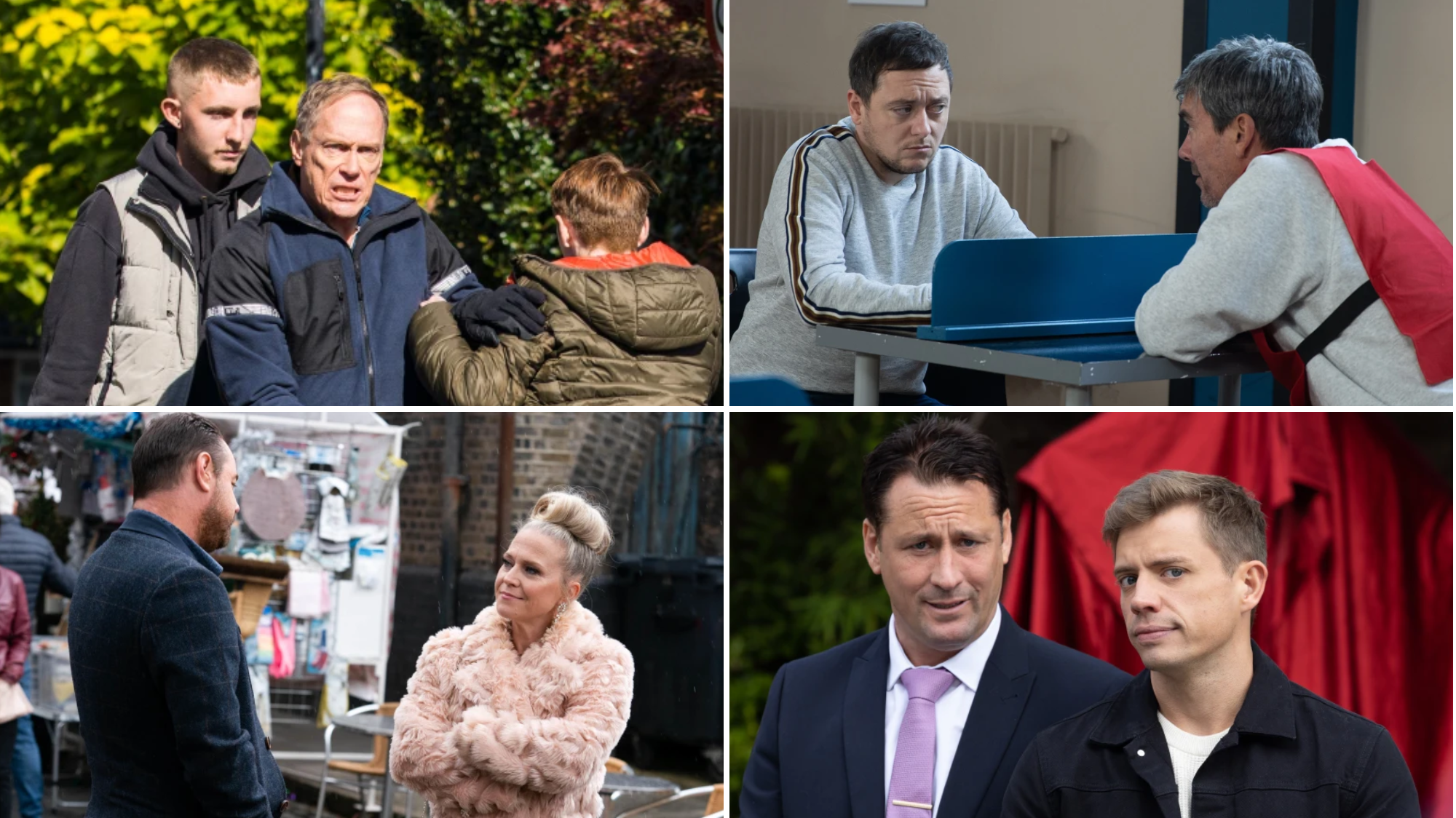 There are accusations and revelations aplenty in the soaps next week, as some jump to conclusions while others make a surprising discovery.

Stephen Reid – aka Coronation Street’s new killer – is involved in something of a fight when he’s ambushed by teens while out on the job, while Emmerdale sees Matty Barton on a mission to find out what it is that led to Moira and Amy Wyatt’s departures.

Will he find out the truth? Or is Cain keeping quiet?

EastEnders, meanwhile, sees Mick and Linda Carter growing closer to one another, much to Janine Butcher’s horror, while Sonia Fowler discovers that Dot Branning has died.

Over in Hollyoaks, there is heartbreak for Juliet, who’s health takes a serious turn as a big storyline kicks off for her after Misbah Maalik runs some tests.

It’s going to be a memorable week, and here’s a full round-up of all the biggest moments to come.

1. Stephen calls Six Fellas, the fast food company that he worked for previously, and begs for his job back. The boss begrudgingly gives him another shot, but Stephen is later accosted by teenagers who steal his delivery box, work phone and they also demand his money. Stephen subsequently spots Elaine approaching and thus he attempts to race away on his moped – but in his haste, he loses control and goes sprawling across the road!

2. Martha suggests to Ken they look at tweaking a line in the script, and as they discuss it over a cup of tea, Ken receives a text from Wendy – and explains to that he has a prior engagement.

3. Esther suggests Summer should move in – and Summer is keen to do so. Jacob, meanwhile, reveals that Aaron’s dad has been drinking, but Summer’s attention is soon elsewhere as she’s bleeding. Later, she discovers she’s suffered a miscarriage.

4. Todd urges Sean not to give up on Laurence. Sean leaves a message on Laurence’s phone. A drunk Laurence then calls at the Rovers and tells Todd about Sean’s voice message, before admitting that he really likes Sean.

5. Maria meets with Munir and Daryan to discuss the refugee centre but they’re horrified when Griff and his entourage approach. Griff confronts Maria, showing her the online petition that Max has set up – and Maria is shocked to see that it has so many signatures.

6. Tim is furious that Sally has given away his favourite jacket to the clothes swap. When he later spots Steve wearing the item of clothing, he reveals to Tracy that Steve broke his foot at a foam party surrounded by gorgeous girls.

8. Sonia misses an important phone call, but upon charging the device she receives devastating news which stops in her in tracks. Dot has died.

9. Mick rushes to Linda’s aid to assist her with the consequences of her missing her probation appointment with Murray – her community payback officer. Janine, meanwhile, is upset to learn that Mick has been with Linda again and takes shocking action, dropping some upsetting news on him. The news in question, however, turns out to be a huge lie.

10. Shirley sees straight through Janine, who does her best to cover up her lies, but it’s no use as our Shirl suspects the schemer has been up to no good. Janine’s mood darkens further as a result, leaving Sonia concerned as she makes a mysterious phone call.

11. Linda prepares to meet Karl for a date – the very same Karl who stood her up previously – but she confides in Mick about her big concerns. Despite this, she sets off to Walford East for her date. Mick soon arrives with Janine, who is suspicious – convinced that her beau knew full well Linda would be there.

12. Nish begins to question why Suki is so tense around Eve. Is the truth set to out?

13. Determined to protect Harvey, Rocky enlists some help from Bobby, who he tasks with investigating the mysterious Sophia. Bobby does just that and discovers that Harvey has been sending Sophia money! Freddie, meanwhile, gets his hands on Harvey’s phone and takes as many screenshots as possible, making a shock discovery in the process.

14. Kat needs access to Phil’s safe, much to Alfie’s dismay, as he’s forced to admit the he’s lost the cash inside. Horrified, Kat instructs him to pay back every penny, piling the pressure in the process, and Alfie is adamant that he will do just that.

15. Rhona has a big decision to make about buying Jamie’s share of the veterinary business. Time runs out, however, as Kim demands an answer, which leads to Rhona buying the share – much to Vanessa’s horror, as things get heated between the best friends. Upset, Vanessa reveals that she’s accepting a job in Canada!

16. Vanessa accuses Suzy and Leyla of using again, and she’s mortified when she’s proven wrong, as she’s forced to accept that she and Suzy are now over. A farewell party later takes place and Vanessa subsequently heads to the taxi, ready for her new chapter in Canada.

17. Marlon is left overwhelmed when Ryan offers him a job at the Woolpack.

18. Matty is determined to find out the truth about Amy and Moira and visits Cain in prison, but Cain covers his tracks well – or so he thinks! Matty, despite claiming to believe him, knows Cain is lying.

19. Gabby accidentally plants the seed that convinces Bernice that she has dementia and she’s instantly in denial when Laurel explains it’s most likely the menopause. Later, she slams out angry when Liam reveals that she doesn’t have dementia, but is most likely going through the menopause.

20. Everyone is surprised when Chloe reveals she is pregnant.

21. Juliet heads to the hospital after feeling unwell. Peri is the one tasked with running her tests and sparks fly between the two, but Juliet’s attention is soon elsewhere when Misbah is concerned and insists that a biopsy must be done.

22. Tony lies to Diane about why he missed the nativity as he gets ready to unveil the statue, but his plan is ruined when Zara reveals the sculptor will be attending!

23. It becomes clear that Beau is not who he says he is, but just what is he hiding?

24. Sparks fly between Felix and Mercedes, but they are interrupted by an ambush as John Paul locks Mercedes and Goldie in the garage together. After much arguing, Goldie agrees to move home as long as Bobby stays in Alicante. However, she soon finds out his return is sooner than expected.

25. Armed with evidence to prove Olivia isn’t a qualified teacher, Nancy heads to school to tell Sally the news. Sienna, meanwhile, reveals to Prince that his wife-to-be is not who she says she is!