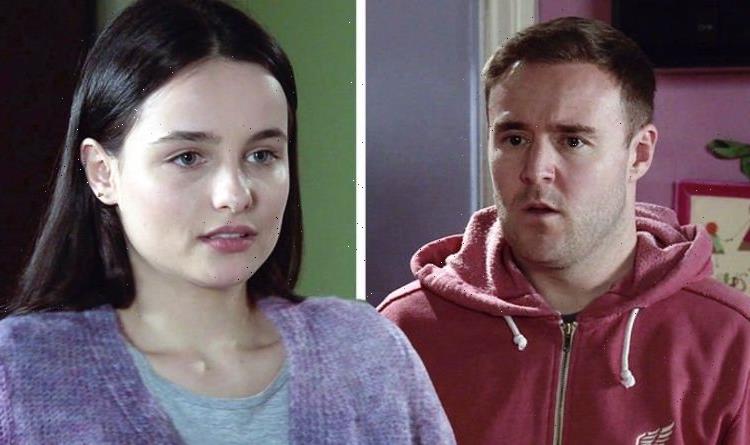 Coronation Street fans are still rallying behind Tyrone Dobbs (played by Alan Halsall) even though he has left Fiz Stape (Jennie McAlpine) for the much younger Alina Pop (Ruxandra Porojnicu). In scenes set to air this week, Tyrone and Alina take the girls out for dinner, where they instantly warm to the beautician, but this leaves Fiz panicked. Understandably, Fix isn’t coping well with Tyrone’s rejection, but it seems he could get a taste of his own medicine in upcoming weeks when Alina makes a U-turn and confesses she isn’t in love with the mechanic.

It comes after the actors involved in the love triangle spoke to Express.co.uk about this storyline.

Alan said: “He’s caught up in all the excitement, the romance – all the things he doesn’t have [with Fiz].

“If he sees that as love, then he’s definitely in love, as for whether Alina feels that or other people believe that, I’m not sure.”

Ruxandra previously explained how daunted Alina feels with the prospect of becoming a step-mother overnight, will Tyrone confessing his love for her be a step too far?

The actor went on to explain how “conflicted” Tyrone feels with the whole situation. 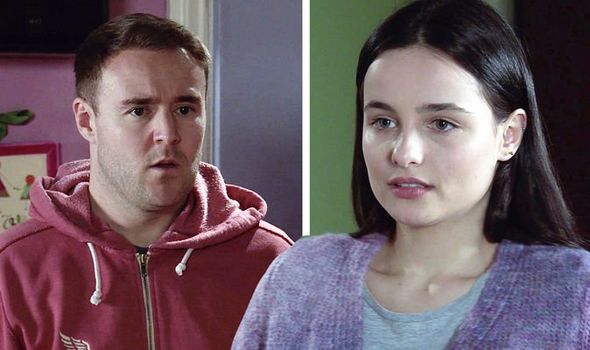 “In a perfect world he would want everybody to be happy and there’s no way of doing that,” Alan revealed.

“I think in a perfect world, he just wants to get caught up in this romance and see how that goes but doesn’t really want to have fears.

“So it will be very tough for Tyrone and I think that’s why we see him going back and forward.”

It seems Tyrone hasn’t thought about the future very much. “Well I think that’s the thing, Tyrone’s not the greatest thinker, at the best of times to be honest with you,” Alan remarked. 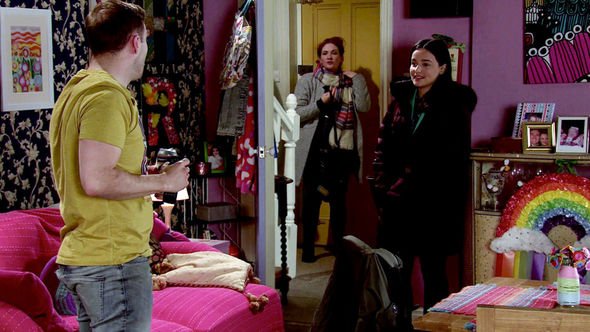 “And I don’t think he’s really thinking too far forward.

“As I say, I think he is just genuinely caught up in a bit of excitement, something that is not [going to be for a] long time and I don’t think he really is thinking straight at all,” he continued.

“But also he’s happy about it and he’s happy to be taken along on a ride, a journey of something different.

“As I say, future thinking for Tyrone is not [his] strong point.” 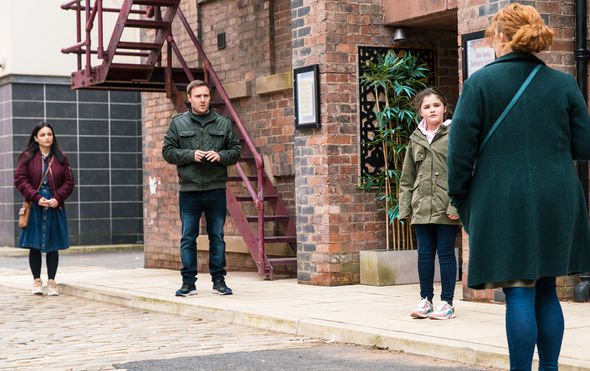 A fan took to Reddit and created a thread about the characters and said: “I’m just so annoyed that the writers actually think anyone is going to believe that they are already in love.”

“One could argue this is intentional. I’m sure Alina and Tyrone aren’t destined to be together forever,” someone replied. “Just because he thinks it’s love doesn’t mean it is.”

“Yes it’s dumb,” another agreed. “He felt a bit stuck in a rut at home and got a crush on the first attractive girl that gave him attention.

“Yes it happens, crushes can feel like love at any age. but what he should have done was recognised this and looked for ways to reignite the spark with Fizz before it went too far.

“Alina will probably break up with him as soon as the honeymoon period is over and realises they’ve got nothing in common and nothing to talk about,” the comment continued.

One fan also spoke about Alina’s past romantic liaisons and how unlike her character this is.

“I really don’t like how this affair has been set up,” someone said.

“Over the last couple of years, we’ve seen situations where Alina didn’t get back together with Seb because she didn’t want to hurt Emma, she didn’t get off with David because she learned he was married, and wouldn’t accept a date with Adam until she had checked with Sarah.

“Now, she has no qualms about breaking up a family?! This could have been done much better.”

Coronation Street airs Monday, Wednesday and Friday at 7.30pm and 8.30pm on ITV.