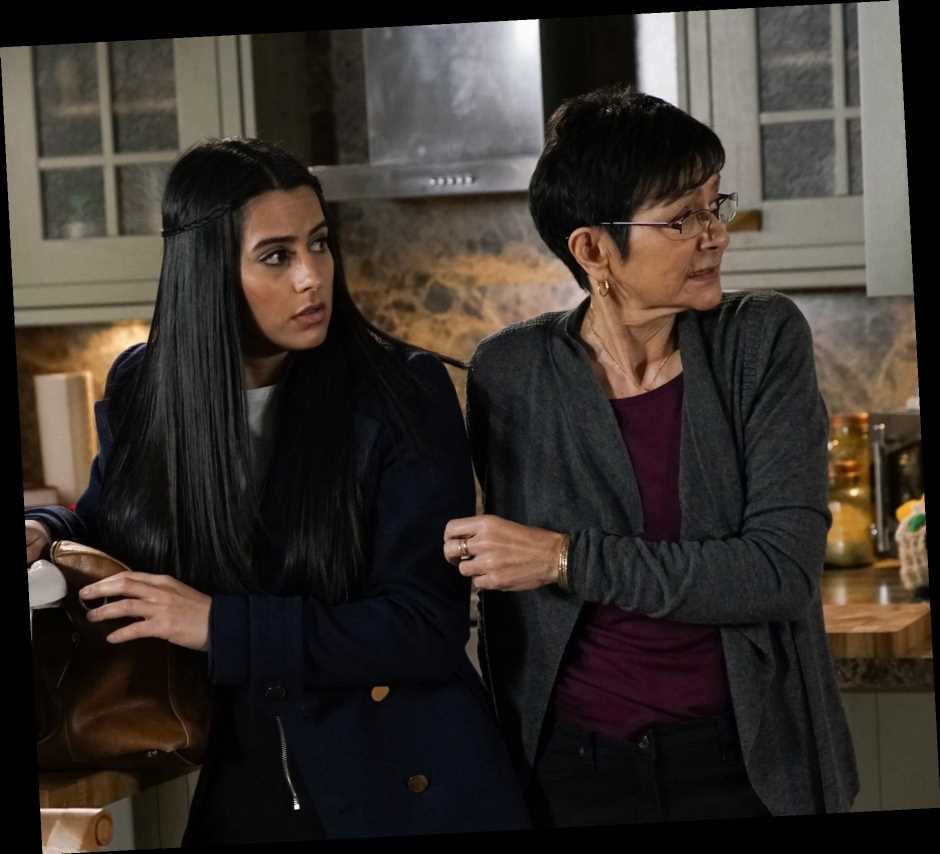 CORONATION Street’s Alya Nazir is set to finally report bully Geoff Metcalfe to the police over his abuse of her grandmother Yasmeen.

The suspicious granddaughter – played by Sair Khan on the ITV soap – starts delving into Geoff's past and discovers that he and his ex-girlfriend were charged with causing an affray. 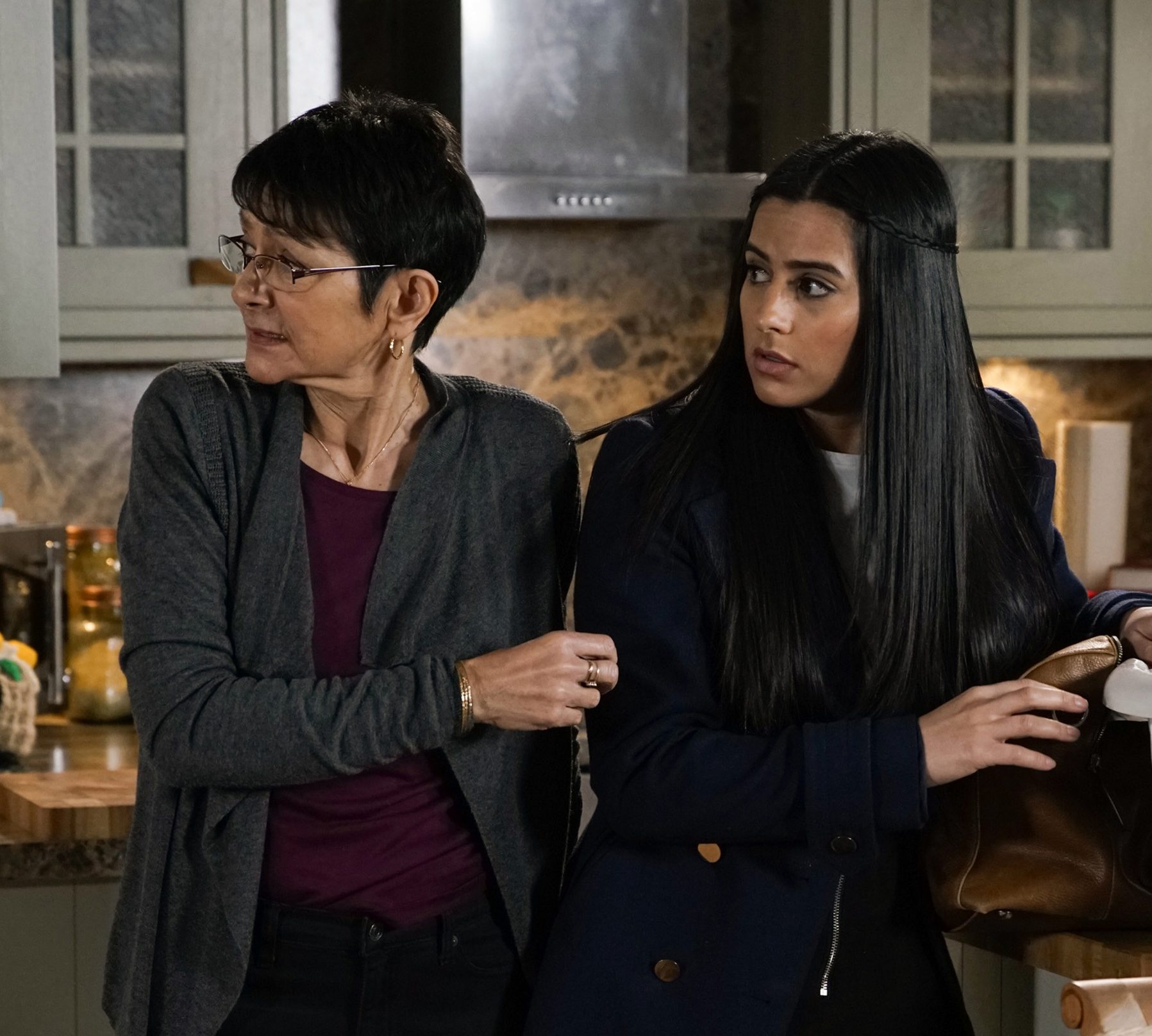 Corrie viewers have watched poor Yasmeen become embroiled in a harrowing coercive control storyline as she’s been bullied and abused at the hands of evil Geoff.

Fans were left raging when the abuse came to a nasty head last month as Geoff cooked Yasmeen’s pet chicken in a twisted act of revenge after she served him up a plate of vegetables.

The bully loved every moment as he fed the chicken to Yasmeen before revealing she was eating her beloved pet.

And next week’s episodes of Coronation Street will see Geoff fill Yasmeen’s head with tales of how amazing their life would be abroad as he realises the walls are closing in on him. 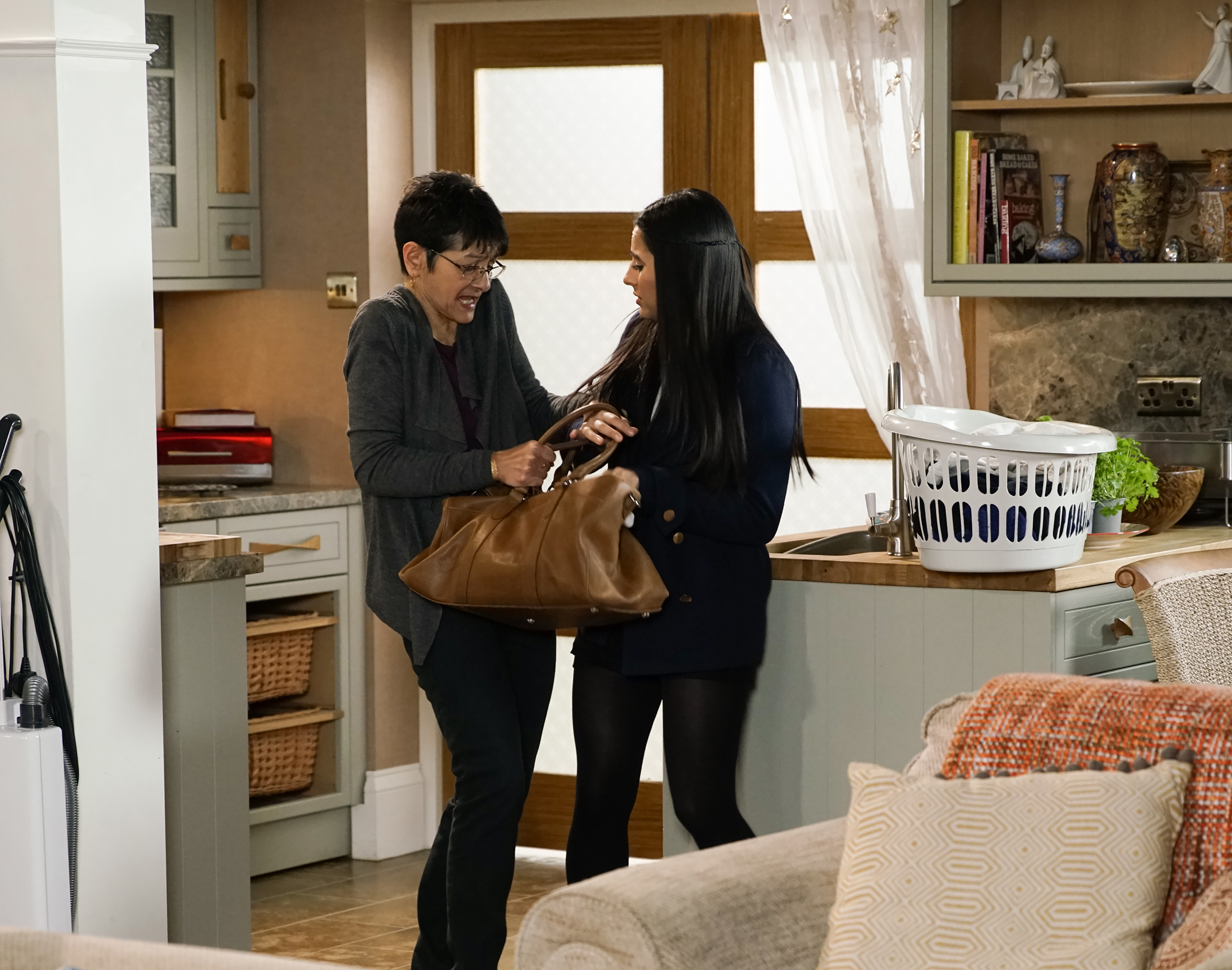 A valuer calls at Speed Daal and reveals to a shocked Alya that Geoff is selling his and Yasmeen's share of the business.

Alya seeks out Geoff and demands to know what’s going on.

When Yasmeen reveals that they’re heading for pastures new in Cyprus, Alya finally tells her grandmother it’s clear that Geoff is abusing her.

Alya tries to show Yasmeen that Geoff is attempting to distance her from friends and family and begs her to come home with her.

When Yasmeen doesn’t listen, a desperate Alya starts shoving her grandmother’s clothes into a bag. 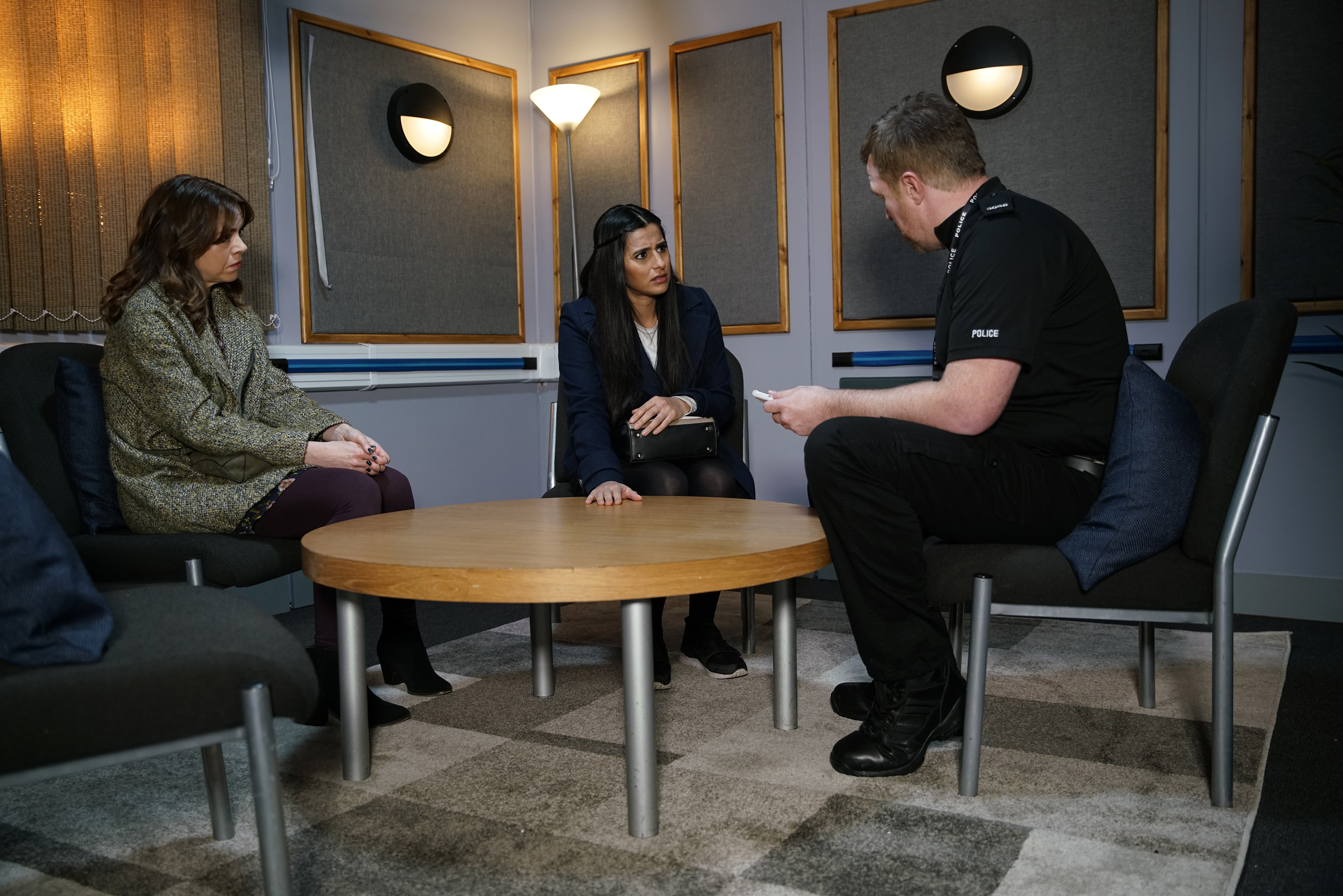 Later, with Toyah by her side, Alya reports Geoff to the police.

Alya then does some research of her own and discovers that Geoff and a past girlfriend were charged with causing an affray.

Alya takes the evidence about Geoff’s dodgy past to Yasmeen and begs her to leave him.

But when they hear Geoff returning, the grandmother begs Alya to scarper quickly.

Disaster strikes later when Yasmeen quizzes Geoff about a fight he had with someone called Jocelyn Barrie, admitting Alya showed her the article.

Geoff flies into a rage and sweeps Yasmeen’s curry off the table onto the floor before storming out of the house.

The following day after a sleepless night, Geoff is still nowhere to be seen.

Yasmeen is furious when Alya tells her it’s probably because she reported him to the police.

When Geoff finally returns, he accuses Yasmeen of throwing everything he does for her back in his face.

But in Speed Daal, Geoff insists to Alya that they’ll still be heading to Cyprus – will his wish be granted?