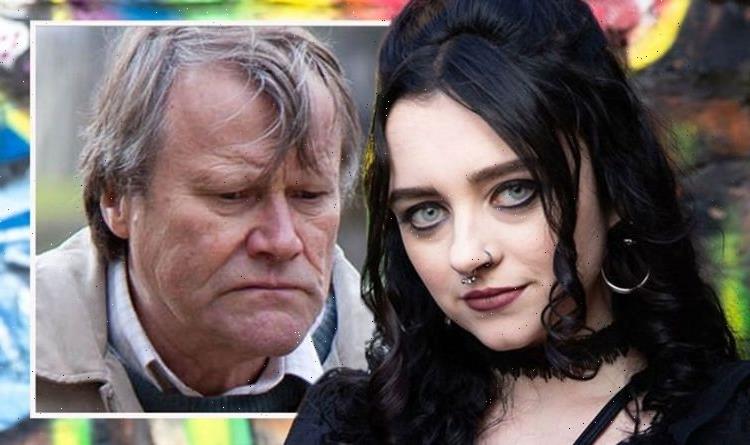 Roy (played by David Neilson) has lived in the flat above the café since he first appeared on Coronation Street in 1995. Over the past 25 years, the beloved ITV soap character has welcomed many people to come and live with him, including the likes of Carla Connor (Alison King) and Becky McDonald (Katherine Kelly). However, most recently, his latest houseguest has been his niece Nina (Mollie Gallagher) and as her last surviving family member, the Weatherfield stalwart could give up everything he has to make the youngster happy.

The drama begins next week after Roy agrees to let his niece’s boyfriend Seb Franklin (Harry Visinoni) spend a few nights in the flat.

It seems the young pair are enjoying each others company but after laughing at a joke about his girlfriend, the tradesman has a lot of making up to do.

Seb will arrive at the café dressed in full Goth attire to show Nina how committed he is to making her feel comfortable.

Not only that, but the youngster will also gift his partner with a funeral wreath to celebrate her birthday, hoping it will cheer her up.

However, things take a tour turn when the waitress ends up accusing Seb of making a mockery of her culture yet again. 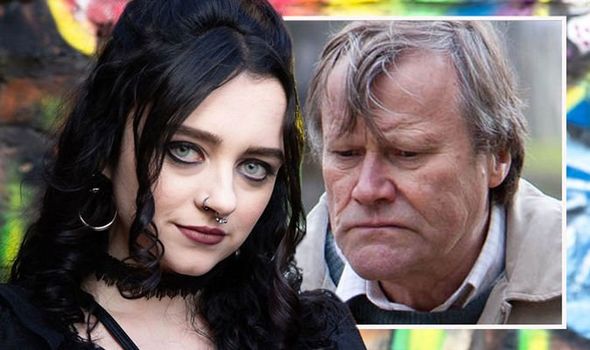 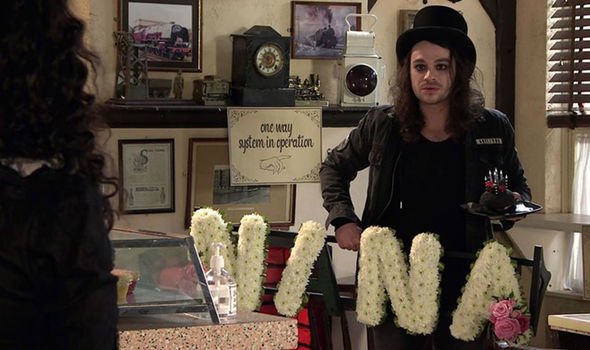 Later on in the week, Nina will acknowledge her boyfriend didn’t mean any malice by dressing up as a goth for her.

The waitress will begin to thaw towards her Seb and viewers will see the character at her most vulnerable since she arrived on the cobbles.

Sitting down together, Roy’s niece tells her partner why she became a goth and why it is such an important part of her personality.

After being so candid with the young tradesman, Nina decides to forgive him and asks him to move into the flat permanently. 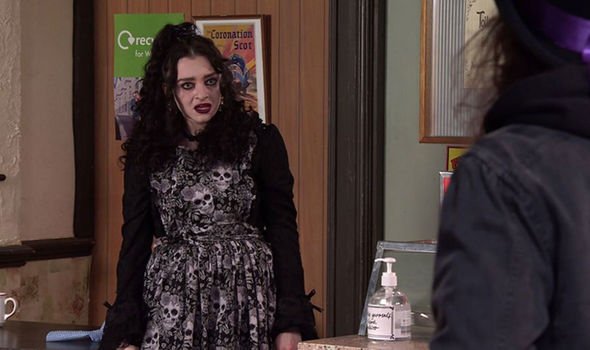 It’s going to be heartbreaking

Viewers will have to wait and see what this means for Roy but living with a couple could make things slightly awkward for him.

Knowing his niece is the happiest she has been in a long time, the stalwart might decide it would be better to give the youngsters some space.

Making a life-changing sacrifice, the beloved character could move out of his home of 25 years and hand over the deeds to Nina.

Roy would still have ownership of the café but the fact above would be his niece’s to do with how she pleased. 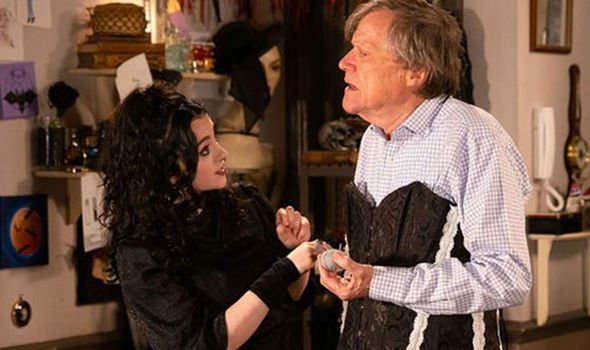 This would leave the question as to where Roy would live if he was no longer going to be sharing his flat with Nina.

The beloved character could move in with his friend Ken Barlow (William Roache) or even decide to vacate to the Still Waters retirement complex.

Norris Cole (Malcolm Hebden) and Claudia Colby (Rula Lenska) are still residents at the establishment so he would have friends there.

But wherever Roy ends up, it will be clear he only wants what’s best for his niece, no matter what happens to him.

The stalwart will be playing a big part in Nina’s current storyline as executive producer Iain MacLeod teased what was to come for the beloved character.

“They’ll find themselves thrown together off the back of their heroics in the community story. It’s going to be heartbreaking and serious and hopefully, start a lot of important conversations at home.

“It’ll be one of our biggest, serious social responsibility stories next year by a margin. It’s incredibly sad and tragic but a really important story,” he told The Sun.

It seems Nina and Seb’s relationship has gained a whole new legion of fans since they first got together a few weeks ago.

One avid viewer posted on Twitter: “Great scenes between Seb and Nina, they have a wonderful rapport together.”

Another wrote on the social media platform: “Yeah they are a nice couple hope they stay together for a while. It’s making the best of both characters.”

Whilst a third commented: “Well I never thought they matched… but I think I’m changing my mind now.”