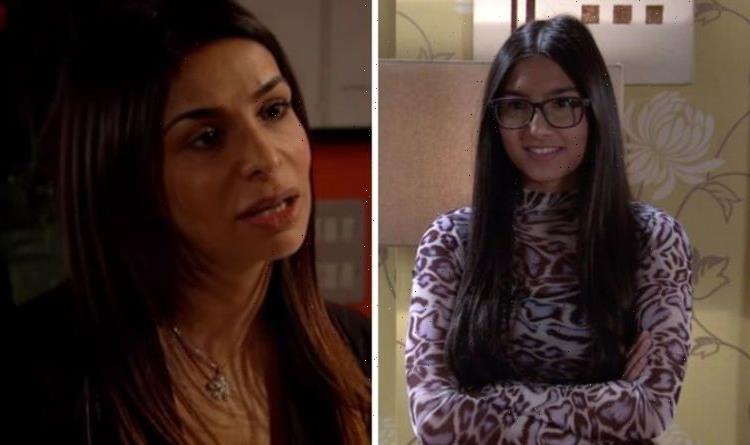 Sunita left the cobbles after being killed in 2013, but that doesn’t mean actress Shobna couldn’t return to Weatherfield. Fans of ITV’s Coronation Street know her husband Dev Alahan (played by Jimmi Harkishin) is currently struggling with their teenage daughter Asha (Tanisha Gorey), who has recently insisted she’s moving in with her trouble-maker boyfriend Corey Brent (Maximus Evans).

Speaking about a Corrie return, Shobna said: “They should bring me back as Sunita’s twin.

“The mean twin, the mean Sunita. It would be nice to go back because as an actor, it’s really hard, isn’t it?

The 54-year-old arrived on the cobbles in 2001 as Sunita, who had fled an arranged marriage and she soon met Dev.

He gave her a job in the cornershop and the two quickly hit it off. 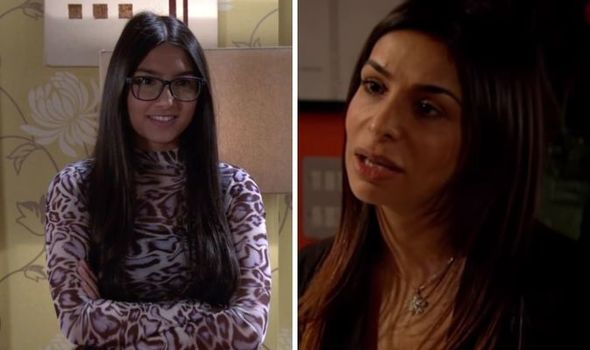 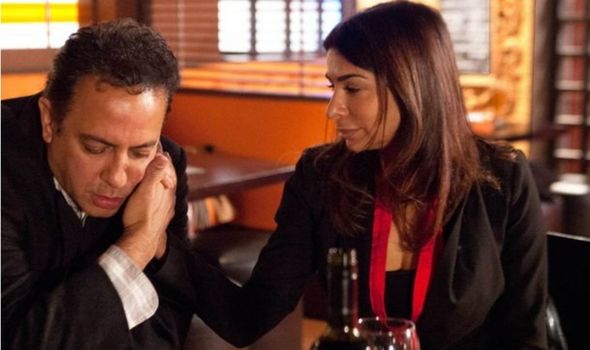 Speaking on Soap From The Box, Shobna added that she often misses her time on the soap for the friendships she’s built over the years.

In particular, she spoke about Kate Ford, who plays Tracy Barlow, and how the two stay in contact.

“We often reminisce and laugh that when Sunita arrived on the street, she had many affairs with different men.

“I met Kate in the Rovers on one of her first days and I said, ‘Where are you in the building?’ And she said, ‘Oh, I’m just up in this room at the top.’ I said, ‘I used to live there when I first arrived. Do you want to move in with me?’ And she did.” 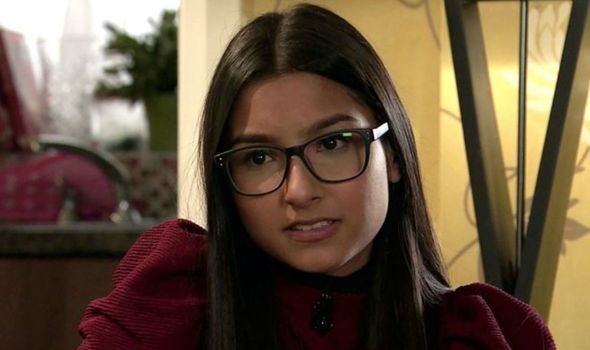 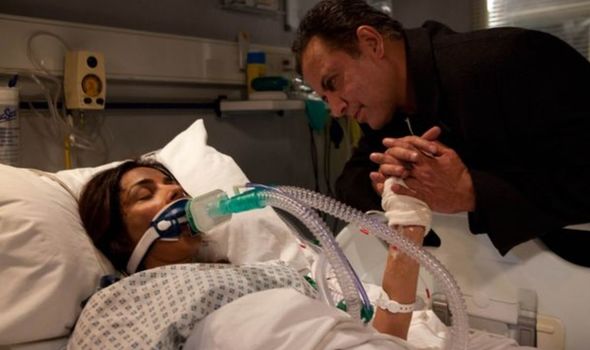 Shobna then recalled how the two would have fun on set decorating their dressing rooms with snaps of them both on the show.

As Tracy is a bit of a villain herself – could Shobna really be making a return under a new persona?

Because viewers don’t know much about Sunita’s history before arriving in Weatherfield, it is possible she has a twin who could make an explosive entrance to find her sister’s family.

And with Asha on the warpath with Dev and her own twin brother Aadi Alahan (Adam Hussain), could Shobna make a return to lead her further astray?

Official spoilers have hinted that Asha might get into some trouble soon regarding Corey, so she may be in a vulnerable position already.

If someone from her mum’s past shows up out of the blue, she might just want to escape with her in a bid to get to know more about her late mother.

It’s possible that Asha could even track down one of her mum’s family members herself.

And if one does arrive unannounced, what will Dev make of it?

He never got to know Sunita’s family, so it would be just as much of a shock for him.

But it could be a good chance for Dev to explore more about his late wife if a long-lost relative does show up.

Sunita was a well-loved character, and fans were devastated when she was killed by Karl Munro (John Michie).

Viewers still miss her, with one recently tweeting: “Sunita definitely did worse than what Asha did. Speaking of her, I miss her character… #Corrie.”

Another person wrote: “We all miss Sunita #corrie.”

“I miss Sunita. She was one of my faves. #coronationstreet #corrie,” another added.

But could they soon get the next best thing with an evil twin arriving in Corrie?

Coronation Street continues on Monday at 7.30pm on ITV.