Coronation Street star Sally Ann Matthews has teased that the Connors and the Platts will go head to head following Johnny Connor’s death.

Johnny (played by Richard Hawley) was killed in dramatic scenes during Super Soap Week after becoming trapped in a sinkhole with Matthews’ Jenny Connor.

While Jenny was able to swim to safety, Johnny was so exhausted that he was unable to muster up enough energy to fight and save himself, and sadly drowned in the sewers.

Unsurprisingly, an explosive fallout between the Connors and the Platts is on the horizon, as David Platt (Jack P Shepherd) is being blamed for the sinkhole as he didn’t get it fixed for months.

Dropping hints for what’s in store, Matthews told Lorraine: ‘He [David Platt] should have filled it [the sinkhole] in ages ago.

‘There’s going to be a little bit of argy-bargy over that. Will there be infighting between the Connors?’ 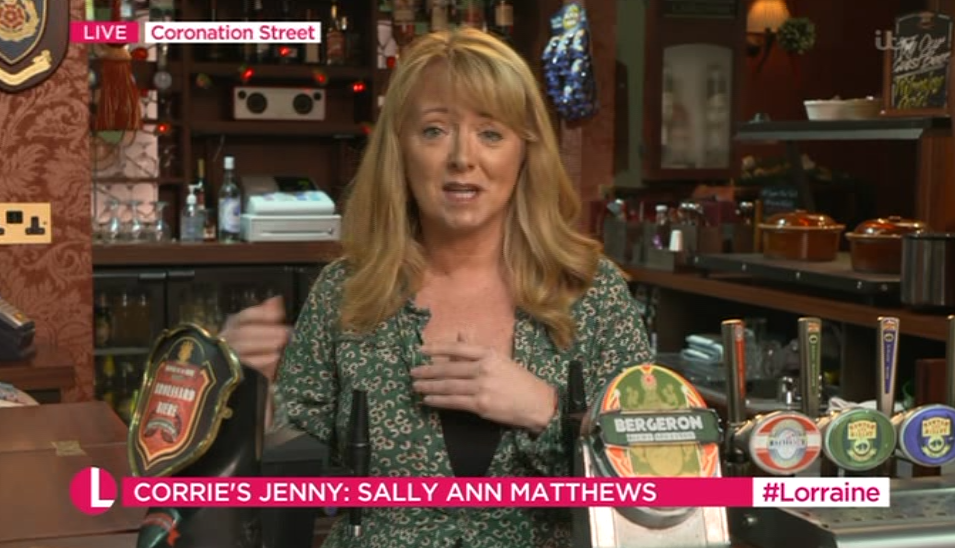 Matthews previously said that she wasn’t too keen to take part in the stunt but told Metro.co.uk that she ended up loving ‘every single second’.

‘I’ve said many times, give me a 10-page monologue – I thought getting tasered was bad enough. I bloody hate having to do stuff, but when I was doing it, I bloody loved every single second,’ she told us.

‘I did write to Iain and Verity after we filmed the main section, please can there be a sinkhole every week!?’

Matthews continued: ‘I’m not physical I am very risk avert and I get scared by stuff and my imagination goes into overdrive. But with water, I used to do the mushroom and breathe under water from side to side of the pool – who knew it would come in handy?

‘Jack the water safety guy was so ace and the whole team were bubbled so it was all ramped up with testing. We are at a studio and the way have worked previously is the lighting lads do their thing and they clear out before we got there but this time we saw everyone for the first time in 18 months.

‘George the director was all over it, he gave brilliant technical and acting notes. To get close to Richard again was just a joy and to interact with people Jenny doesn’t normally interact with. I am great friends with them off set but very rarely get to work with them.’

Lorraine airs weekdays at 9am on ITV.