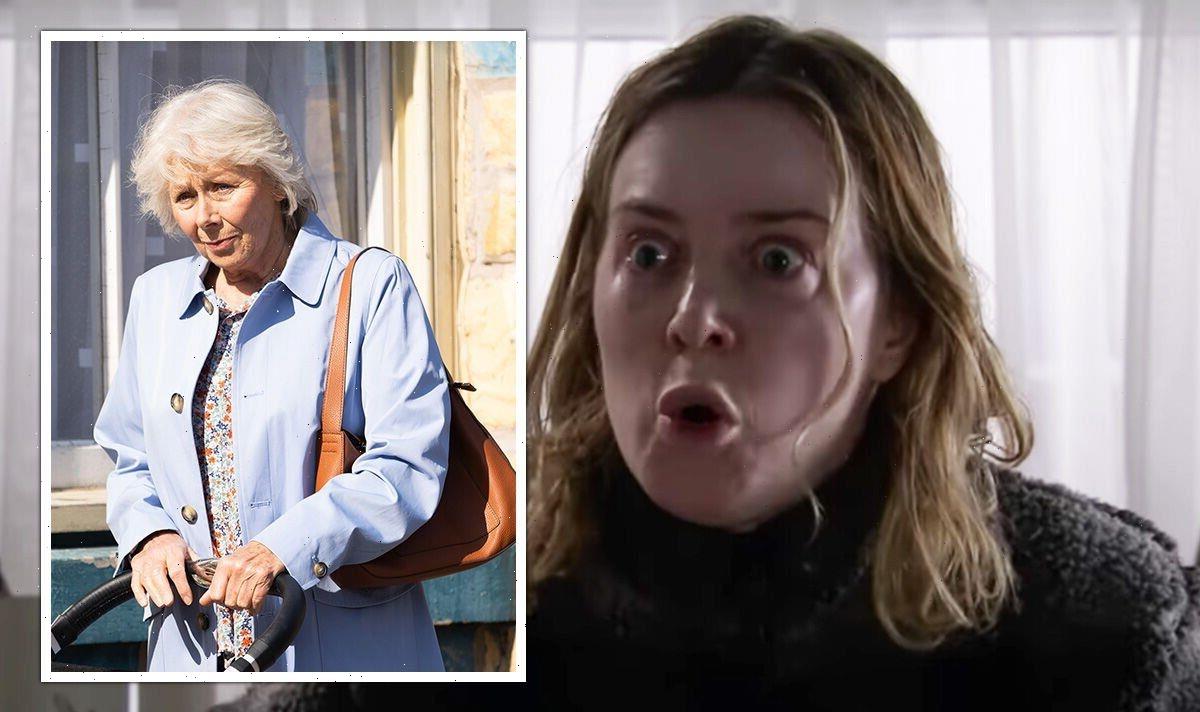 ITV soap fans will recall the heartbreaking moment Coronation Street’s Abi (played by Sally Carman) was refused custody of Alfie due to Imran Habeeb’s (Charlie de Melo) lies about her using drugs. In dramatic scenes, Imran died following a car accident, but he admitted he lied in court just before he took his final breath. As a result, Abi’s custody case is being re-examined, but will the troubled mother put her chances of regaining full custody at risk when she learns the truth about Alfie’s foster carer?

In upcoming episodes, Abi will discover her baby boy’s foster carer Wendy Crozier (Roberta Kerr) has links to the cobbles.

ITV soap spoilers have revealed a court will rule that Abi can have access to Alfie again on the condition she visits him via a mother and baby foster unit.

Wendy gets appointed as Alfie’s foster carer, who will look after him alongside Abi and assess how well everything is going.

Later on, Tracy Barlow (Kate Ford) is furious to clock Wendy with Abi and she demands to know why she is in Weatherfield.

When Abi explains Wendy is Alfie’s foster carer, Tracy warns her she is playing with fire if she relies on her.

It soon comes to light that Wendy had an affair with Ken Barlow (William Roache) in 1989 which caused his marriage with Deirdre Barlow (Anne Kirkbride) to break down.

Wendy also returned to the cobbles for a short time in 2012 when she made an ill-fated attempt to reconnect with Ken.

The character eventually admits to Abi she and Ken have a complicated history, leaving Abi unsure of her.

Could Wendy’s connection to the cobbles lead to problems with Abi regaining custody of Alfie?

Wendy is clearly uncomfortable about running into old faces and may insist she raises Alfie away from Coronation Street.

Abi would be gutted if she moved away with Alfie as she most likely would not be able to visit him as much.

With Abi having lost all of her other children, she sees Alfie as her final hope of being a mother.

Will her desperation to keep Alfie close cause Abi to kill Wendy in a shocking plot twist?

There could be huge consequences if Abi is found responsible for murdering Wendy.

She could face life behind bars and never be allowed to see her son again.

Abi is known for being unpredictable, but would she go as far as to kill another character?

Coronation Street fans have been getting excited about Wendy’s return to the soap, with Lewis tweeting: “Oh my god, Wendy flamin’ Crozier is back in next week’s Corrie!”

Christopher Anstey added: “I am a million times more excited about a Wendy Crozier return than I am about a week of chaos and carnage.”

Coronation Street continues on Friday at 8pm on ITV.