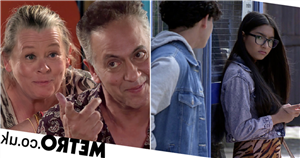 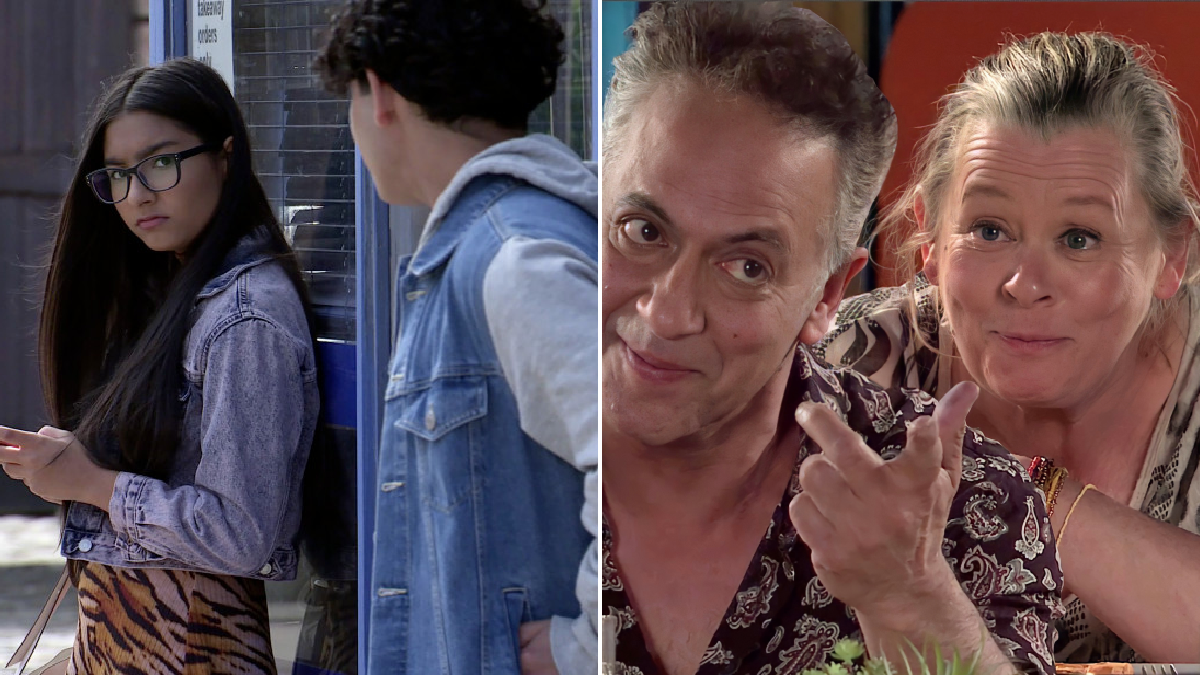 The popular character has been spending quite a lot of time in Dev’s company as of late, following Evelyn Plummer’s (Maureen Lipman) accident in the shop.

Having realised that Evelyn isn’t as injured as she’s making herself out to be, Bernie resolved to expose her – something which would inevitably save Dev a lot of money, as he’d no longer have to worry about Evelyn threatening him with legal action.

Next week, however, Bernie and Dev’s relationship seemingly blossoms, after Aadi (Adam Hussain) makes light of his dad’s love life – forcing Bernie to come to his rescue.

Bernie claims that she and Dev are planning on having brunch at the Bistro. Dev plays along, and thus heads to the Bistro with Bernie in tow – and as they say, the rest is history.

‘It is a joke because [Bernie] wants to show the children that perhaps people of middle age can still fall in love and have a good time,’ actress Jane Hazelgrove told Metro.co.uk.

‘And she’s always had a soft spot for Dev. She thinks he’s gorgeous! he’s a gentleman, he runs his own business, he’s handsome, he’s potentially a very good catch.’

‘He sets something off in her that nobody has set off in her for a long time. He’s essentially a good man and, let’s face it, she’s made some pretty awful choices in the past.’

Whether or not Bernie and Dev will prove to be a longterm thing remains to be seen, but could Bernie end up becoming Aadi and Asha’s (Tanisha Gorey) stepmum?

‘I have joked with the actors who play Asha and Aadi,’ Jane told us, ‘about how they feel about me being their stepmother. They were very sweet about it to my face!