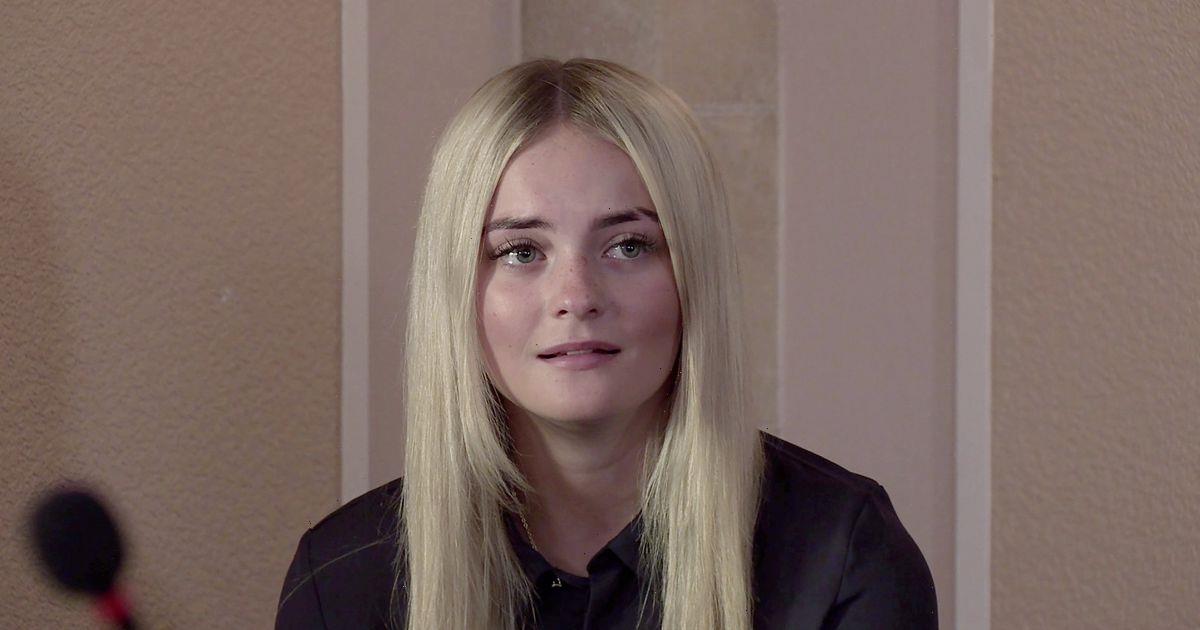 Millie Gibson has shared a sweet on-set selfie with her Coronation Street co-star Georgia Taylor as she prepares to depart the cobbles.

The Kelly Neelan actress, 18, will bow out from the ITV soap in explosive scenes next week after three years on the show.

Posting to her Instagram stories on Wednesday, it seemed Millie was in a reflective mood as her character had her final onscreen interaction with Toyah Habeeb.

The Weatherfield residents shared a heartfelt exchange, with Kelly apologising to Toyah for doubting her innocence amid Imran's death.

She also informed Toyah of her and Aadi Alahan's engagement which is set to meet a tragic end.

Following the episode, Millie shared a snap of herself and Georgia on-set shortly after filming their final scene together.

The behind-the-scenes snap sees the actors keeping warm in matching red puffer jackets with the ITV logo, with the blonde co-stars smiling as they documented the emotional moment.

Millie wrote in a caption alongside the sweet image: "Last scene with my love aired tonight… @realgeorgiataylor."

In dramatic scenes, Kelly will be forced to escape the clutches of the hitman she initially hires to take out Gary Windass (Mikey North) after learning the truth about her father Rick Neelan's death.

Alongside her fiancé Aadi, Gary will race to try and save Kelly in an explosive conclusion.

She told Daily Star: "I've got so many roles in mind, and I’m trying to keep myself grounded but at the same time trying to bet on myself. I just don’t know if it’s going to happen.

"I’d love to do a drama again, I think a period drama would be incredible – but I’d have to take my lashes off!

"Anything with Jodie Comer in as well!"

For more of the latest showbiz news from Daily Star, make sure you sign up to one of our newsletters here