Of all the things we’ve heard about Britney Spears on the set of Crossroads, one of the saddest may be that it was the first time she “hung out” with people her own age. In an interview, screenwriter Shonda Rhimes said that the singer didn’t have a typical life. Apparently, the movie set was actually a step toward normalcy for Spears. Here’s how. 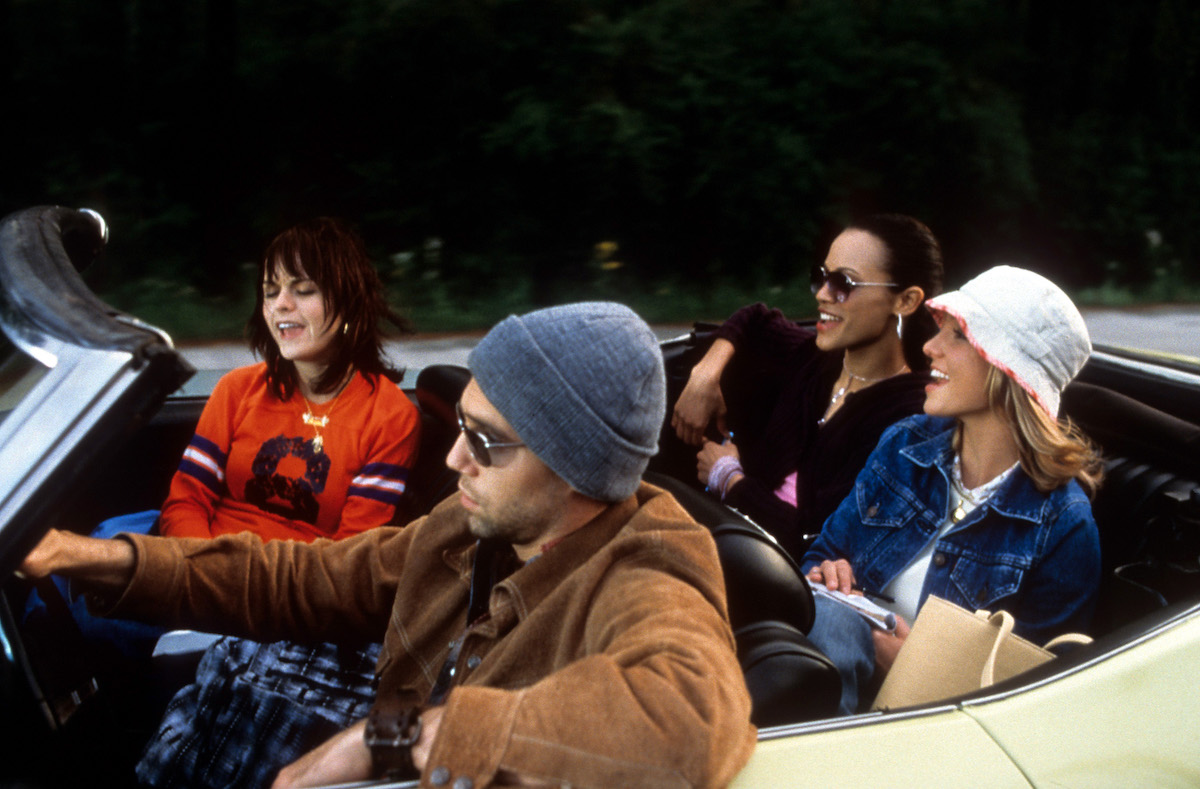 By the time Britney Spears reached the 2001 set of road trip romantic comedy Crossroads, she already had a massive musical career under her belt. Moreover, at nineteen, she was still a teenager.

The medium-budget movie gave her a chance to branch out, diversify her experience, and solidify her status as a pop star with the power to sell movie tickets as well as concert stadiums.

Spears played Lucy, a recent high school grad who bands together with her childhood friends Kit (Zoe Saldana) and Mimi (Taryn Manning) to revisit the dreams of their youth through an impromptu road trip.

The movie scored middling reviews with the largely male critical population. But according to MTV Films executive David Gale, it offered teen girls of the time exactly what they were looking for in a Britney Spears movie.

“Girls really liked it. If you were a teenage girl at that time, that movie was really relatable in a fantasy-ish kind of way,” Gale, an executive producer on 2002’s Crossroads, told Broadly in 2016.

“Sometimes you make movies for different audiences, and this one hit the core of what it was trying to do.”

The movie’s writer, Shonda Rhimes (Bridgerton) said in the same article that the co-stars became good friends during filming. She also commented on Spears’ upbeat demeanor.

“She was very cheerful, very fun,” Rhimes said. “I think it was so different from being on the road and doing concerts—being able to stay in one place and be with the same group of people all the time. It was the first time I think she had hung out with people her own age. When she was on the road, it was her and a team of people, but this was her, and Taryn, and Zoe, and Anson. They were all sort of the same age, and I think they had fun together.”

For perspective on Rhimes comments about Britney’s life on the road, it’s worth taking a look at Judy Hoffman’s 2002 documentary Stages: Three Days in Mexico. The film follows the singer as she navigates several days during her Dream Within a Dream Tour.

And it backs up Rhimes comments with a bleak behind-the-scenes film that shows a heavy burden of responsibility for a young star, and a mostly middle-aged team shuffling her through the frenetic performance days.

In a more recent interview, Taryn Manning (Orange is the New Black) commented on her past relationship with the small gang of up-and-coming Crossroads stars.

“I have not spoken to Britney in 10 years, but we had an amazing time on Crossroads,” she told Us Weekly in a September 2021 statement. “We spent months in the car that we took ‘cross country’ sharing stories, joking, laughing and had a friendship for years, especially while filming.”

In short, the 2002 Crossroads movie seemed to have been a chance for Britney Spears to connect with people her own age, and enjoy the journey along the way.