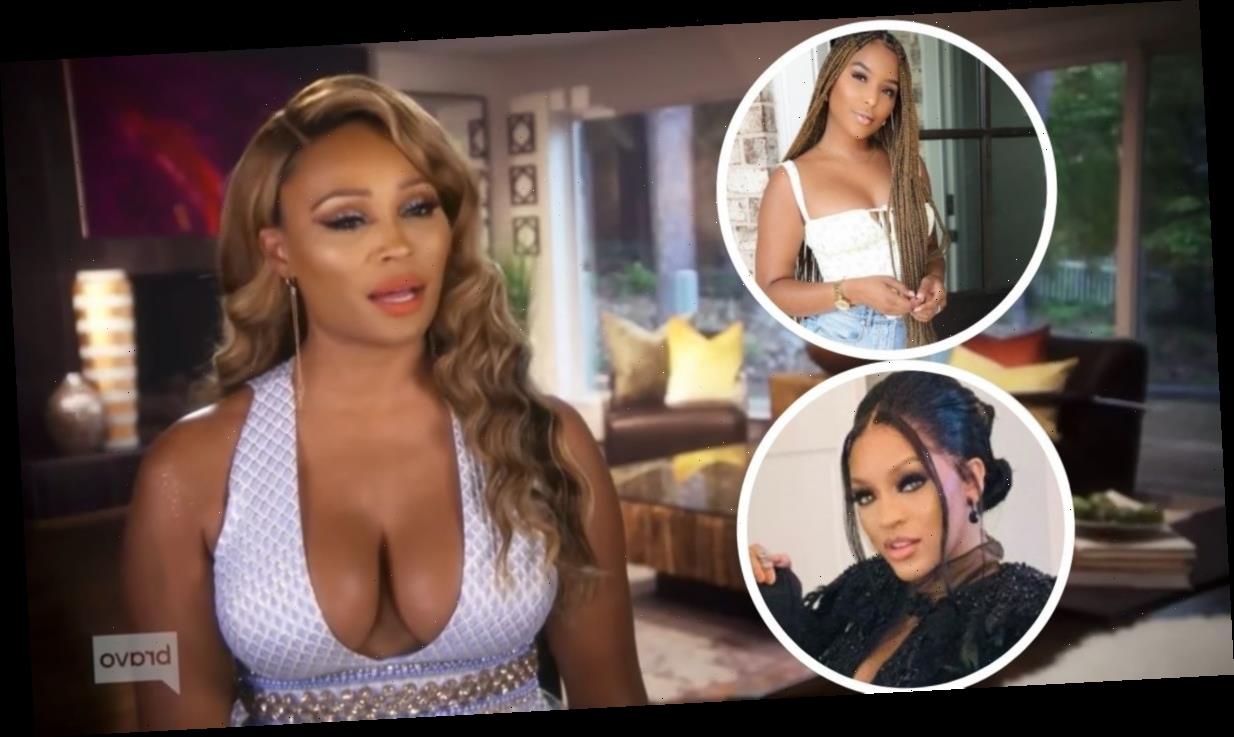 The Real Housewives of Atlanta is gearing up to make its return for Season 13.

However, when the popular Bravo franchise returns we’ll be missing some of our favorite alums, but we’ll also see some new faces.

Model Eva Marcille will not make a return to the show after spending three seasons stirring things up in the ATL.

OG Nene Leakes recently caused a stir in the reality TV world when she also announced her departure from the show that made her a household name.

So who will be on RHOA when it returns?

Well, Porsha Williams, Kandi Burruss, and Kenya Moore will return as full-time housewives. Marlo Hampton and Tanya Sam will be friends of the show.

Cynthia Bailey, who just made history as the only housewife to get married twice on the show, will also make a return.

And with rumors running rampant that the empty slots left by Eva Marcille and Nene Leakes have been filled, the former supermodel is dishing about what we can expect from the newbies.

The newlywed recently chatted with Entertainment Tonight to talk about the new season of RHOA.

And it seems she’s very much on board with the two new housewives, YouTuber LaToya Ali and actress Drew Sidora.

“LaToya is in here, she is definitely in the mix,” shared Cynthia.

“She’s a fun addition to the show. She has a very interesting life, which you guys will see all that play out, but more than anything she’s a little spitfire. She has a lot to say. She’s cute as a button, she’s a business woman, as well. Super, super, super cute. So, yeah, Latoya’s definitely all up in the mix.”

The 52-year-old also dished about actress Drew Sidora, who we’ve seen in the movies White Chicks and CrazySexyCool: The TLC Story, and the popular BET series, The Game.

“Drew kind of got a little bit of a late start with some issues that she was having, but you guys will all see that play out, as well,” Cynthia shared with ET.

“But now she’s very much in the mix now. And she’s an amazing lady, she has a great family. … I think Drew is also an amazing addition to the show.”

While rumors have been running rampant about Drew and LaToya joining the RHOA cast, Bravo has yet to make an official announcement about the two women.

And neither Drew nor LaToya has confirmed their new positions either.

However, we have seen shots of them filming with the cast and after Cynthia’s interview, we’re excited to see what this fresh crop of housewives has in store for us.

The Real Housewives of Atlanta is currently on hiatus at Bravo.