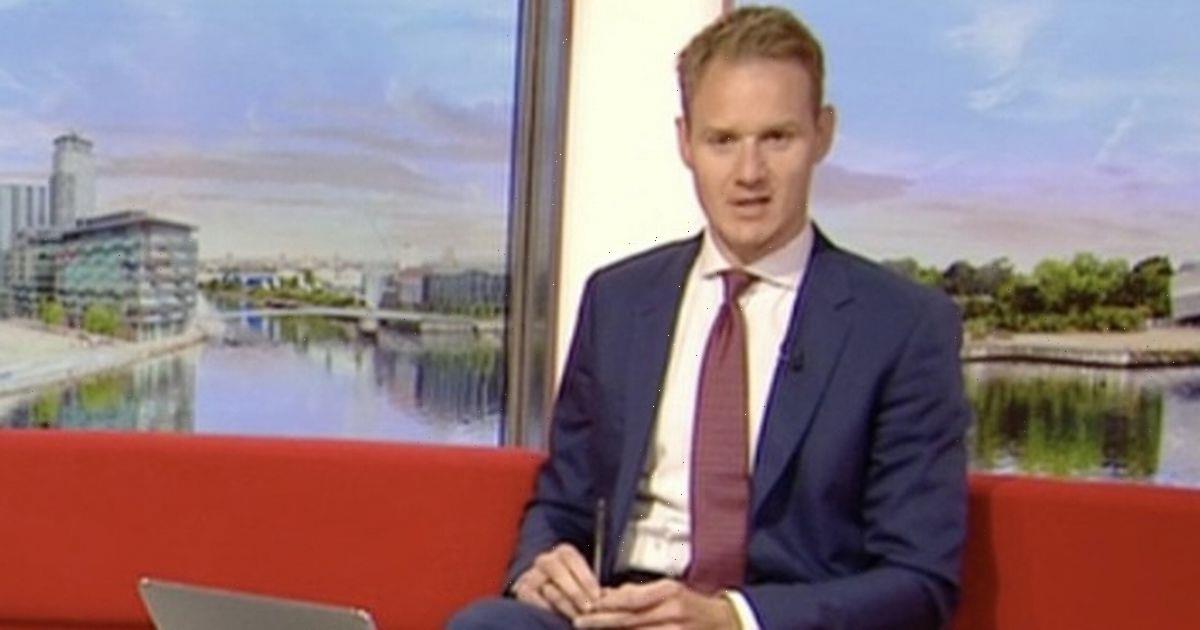 BBC Breakfast star Dan Walker branded himself an "idiot" on Tuesday morning, realising the mistake he had made when labelling meats.

One viewer took to Twitter to point out his blunder, noting the presenter, 44, had confused Spanish Serrano ham for Italian Parma ham.

The broadcaster and his co-host Louise Minchin were joined by Strictly Come Dancing professional Gorka Marquez on the show, ahead of Spain's Euros match against Italy.

Gorka, who is married to actress Gemma Atkinson, is rooting for his home country of Spain ahead of the match, hoping to make it to the finals this weekend.

Trying to predict the score of the game, BBC Breakfast enlisted the help of a "psychic sausage dog," plating up food from Spain and Italy in a bid to see which country the pup would choose.

The dog gravitated towards a plate of lasagne – hinting Italy was on track for a win – but Dan got the contents of the Spanish plate wrong.

Turning to Gorka, Dan said: "I don't know if you've seen this, but there's a sausage dog called R2-D2 that was asked to choose between Italy and Spain.

"It went for lasagne, Gorka, over the Parma ham. So the dog says it's Italy to win. Do you pay attention to that sort of garbage Gorka?"

Pro dancer Gorka picked up on Dan's mistake, pointing out both Parma ham and lasagne are culinary favourites stemming from Italy.

He quipped: "Well if it was Parma ham and lasagne I would also go for the lasagne. Because Parma's not Spanish.

Louise spotted Dan's mistake, and agreed: "You know what Gorka, as soon as they said that, I realised, of course, Parma ham – they should have offered him something different, shouldn't they?"

"Parma ham is the cheaper Italian ham, sorry," Gorka hit back, as Louise laughed: "The insults have started already!"

Meanwhile, one viewer took to Twitter to message Dan directly, highlighting his mistake and writing: "Hold on isn't Parma ham & lasagna both Italian."

Dan realised the error of his ways and immediately owned up to the mishap, branding himself an "idiot" as he conceded he was in the wrong.

"You are correct… it was Spanish ham. I am an idiot," he said.

The viewer laughed it off, replying: "Don't confuse me Dan I haven't had my coffee yet, it did make me laugh though."

BBC Breakfast airs on weekdays at 6am on BBC One.