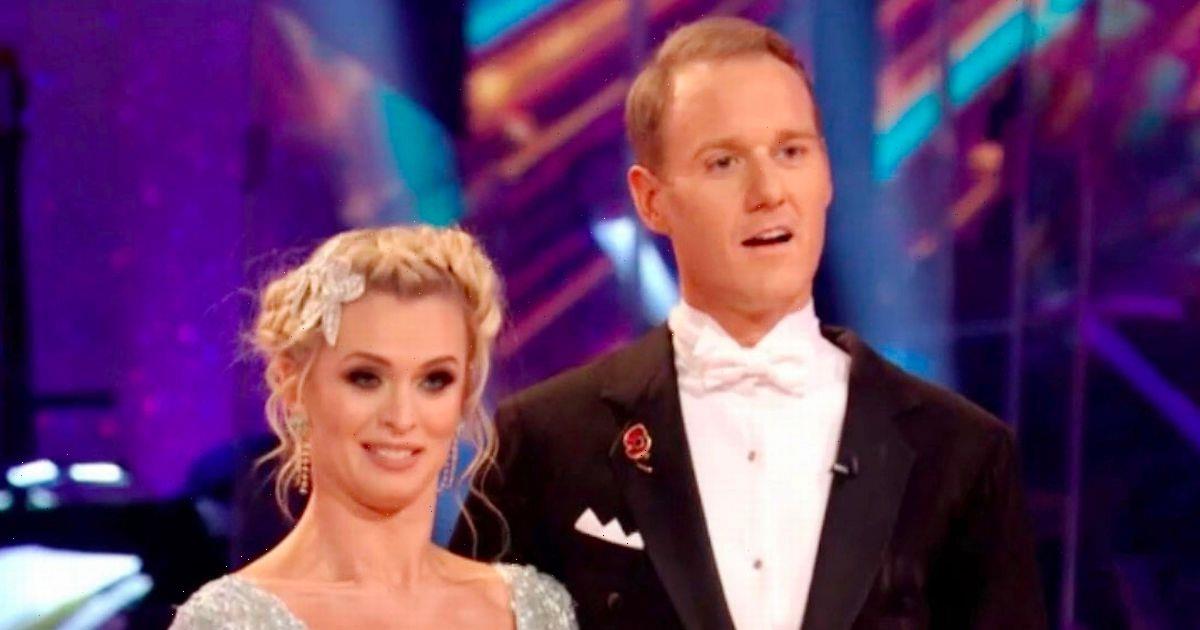 Strictly's Dan Walker quipped that someone nearly died after he chucked a cane too energetically during last week’s dance on the show.

The BBC Breakfast host, who is partnered with Russian pro Nadiya Bychkova, performed the American Smooth on Saturday to rapturous applause and some very high marks from the judges – a nine, in fact.

But Dan revealed during a jokey Instagram clip that the dance was not without peril. He said: “I nearly killed someone with that cane, I threw it far too fast.

“There was a guy at the side of the stage I was meant to throw it to but I got excited and flung it into the audience.”

The 44-year-old also said how sad he was about Sara Davies being eliminated from the show.

“Poor Sara. I love her and have spent so much time with her over the last few weeks and Aljaz is one of the nicest people on the planet, always giving advice to everybody," he commented.

Dan added: "But they said ‘charge on into musicals week’ – so we’ll see you next Saturday!”

Meanwhile, viewers were left in a panic at the end of the results show on Sunday night as they feared Aljaz quit on air after he was voted off the show.

As the pair gave their emotional goodbye speech at the end of the show, some fans feared the 31-year-old was saying farewell to Strictly for good.

Before they took to the dance floor to perform their final dance, Aljaz praised his celebrity partner for all her hard work, noting: “You have been an absolute joy. A testament to hard work. “Thank you for letting me spend so much time, not just with you but with your family.

“I’ve been so welcomed up north, it made me feel like I was back home in Slovenia actually because everyone was so lovely and friendly." “Thank you everyone, thank you for your support."

His loving speech left not a dry eye in the room as his Dragon’s Den star dance partner struggled to hold back her tears on the show.

Sara confessed: “I had no idea any of this was in me. It’s been a life-changing experience and one I've loved every second of.

It’s fair to say Aljaz has become quite the fan-favourite since he first joined the show in 2013 and viewers confessed they weren’t quite ready to say goodbye to him just yet.

Aljaz's cryptic speech comes after The Sun claimed he and Oti Mabuse have told their co-stars they plan to quit the show next year, and will be handing in their notice after this series.