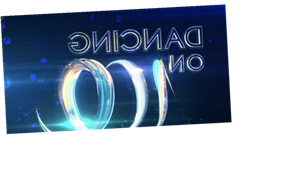 Dancing On Ice returns to screens in January with a more glittering line up than ever taking to the rink.

Bosses at the show are reportedly jumping with glee after managing to bag a whole roster of household names, from soap stars to legendary singers.

While speculation has been rife over recent weeks as to who will take to the famous ice rink in the new year, the show has already confirmed five huge names.

Daily Star Online have taken a look through the names who are confirmed and those who are believed to have signed on the dotted line.

Classical pianist and former singer Myleene Klass was the first celebrity to be officially announced for the upcoming series.

Myleene, 42, announced the news on social media following speculation that she was set to take part in Strictly Come Dancing.

Taking to Twitter, the former Hear'Say singer wrote: "Guess who won't be holding the coats by the side of the rink anymore! My girls have been begging me to do @dancingonice. I've always been scared my piano fingers will get sliced off!"

West End star Denise was accidentally confirmed during an episode of Loose Women on Wednesday.

The 46-year-old had been the centre of speculation for weeks but all was finally revealed when Linda Robson accidentally revealed Denise's name.

However, despite her secret being exposed, Denise took it in her stride and said: "I'm really excited. Finally, I get to tell people. I've kept this a secret from most of my friends and family."

She went on to reveal her daughter didn't have an inclination about the big reveal: "Betsy doesn't even know

"She's at school, so she's going to find out this afternoon when I pick her up from school.. She will be so excited. She loves the show and we watch it every year."

Emmerdale's Joe was the third name announced to be taking part in the 2021 series of Dancing On Ice.

Joe, 18, was announced by soap legend Sharon Marshall on This Morning as she teased the series would have a "cracking line-up."

The actor revealed to Holly Willoughby and Phillip Schofield that his character, Jacob Gallagher, would be written out of the soap ahead of finding a new life in Portugal.

The actor, who took part in the 2011 series of Strictly Come Dancing, was confirmed for the upcoming line-up on This Morning.

The Aussie actor revealed his love for winter sports spurred him on.

"I felt this has been a very unusual time, and I think with a show like this you really have to dedicate and work hard at it.

"Theatre unfortunately is not seeing a lot of audiences and there's a lot of people out of work for that, film is not really happening, but television – particularly your side of television – is what people go to. I felt, why not?"

Faye, 33, appeared on the show to talk about her excitement at joining the show, saying she was looking forward to viewers getting to know her as a person, not just her soap character.

She said: "Finally the news is out. I'm so excited."

"I had to meet with the team they had to see me on the ice and a few of the basics were filmed.

"This is the first time people are going to see me not being a character, not hiding behind anything, just Faye."

Former The Only Way Is Essex star Billie Faiers is set to be skating her way onto the famous ice rink if sources are to be believed.

Speaking to The Sun, a Dancing On Ice insider revealed that bosses are "excited" after signing Billie following the success of Gemma Collins who famously appeared on the competition.

Billie made a name for herself on TOWIE back in 2010 but since leaving has gone on to land lucrative deals with ITVBe, starring in her own reality show alongside sister Samantha.

Chelsea ace Wayne Bridge is known to be quick on his feet but whether he's ready to test his skating skills is another question.

Frankie Bridge's husband is believed to have been snapped up by producers thanks to his witty sense of humour.

A source told The Sun: "Wayne amused fans in lockdown with his TikTok moves, now they'll get to see how entertaining he is on the ice."

Wayne has previously taken part in I'm A Celebrity… Get Me Out Of Here! so is no stranger to reality tele.

Britain's Got Talent star Sonny Jay is getting ready to once again step back onto primetime television.

The Capital FM Breakfast Show DJ who presents alongside Roman Kemp is said to be taking to the ice in January, months after getting down on one knee and proposing to girlfriend Lauren Faith.

Sonny popped the question to Lauren, his girlfriend of three years, during a trip to Mykonos, Greece.

The Drop: 9 of the best items to buy from independent brands