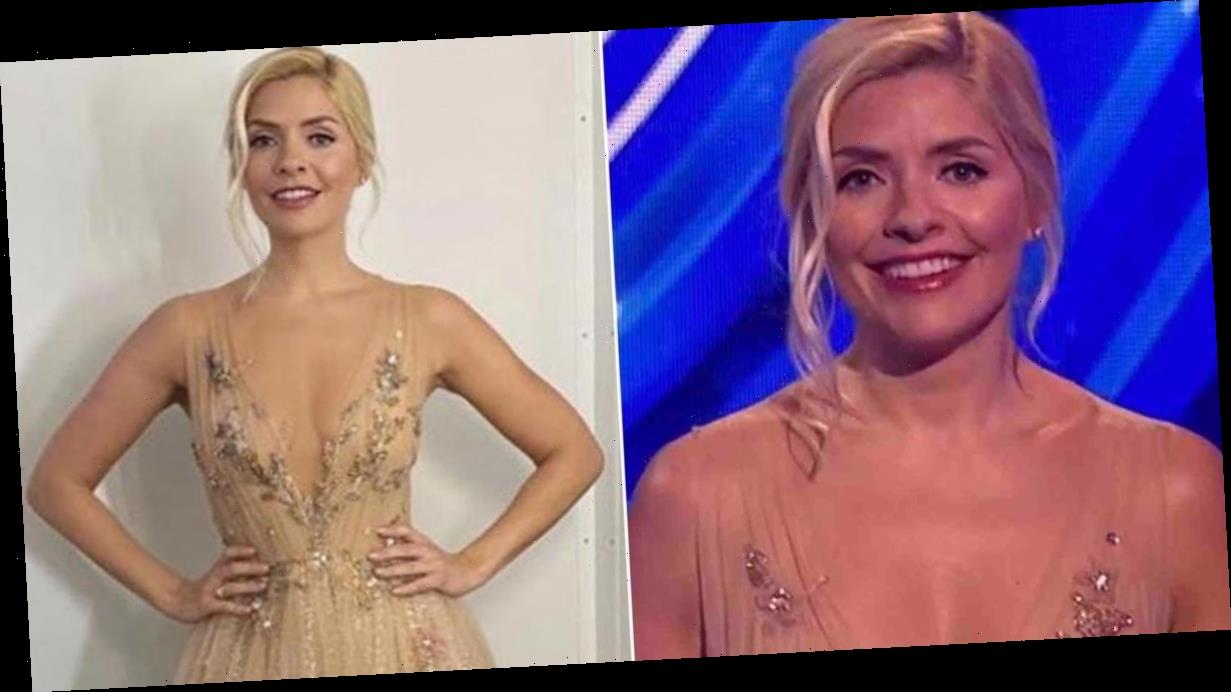 Holly Willoughby's low-cut dress made Dancing On Ice one of the most complained about TV shows this week.

The 39 year old left viewers stunned in the gorgeous gown as she took to the rink on Sunday night — but not all of the show's fans thought the dress was appropriate.

The Lihi Hod designed dress demanded attention from audience members and viewers of the show from the offset, with the mum-of-three being wolf-whistled at by a member of the ITV audience at the beginning of the show.

Viewers from home caught Holly briefly grinning at the moment as she heard the noise of appreciation.

One viewer wrote: "Did you see Holly smile when she heard the wolf whistle from the crowd?"

All Holly Willoughby's Dancing On Ice gowns this series

"Anyone else hear the wolf whistle when Holly was talking haha. That dress though," gushed another.

But while people found the interaction funny, some viewers found it offensive and flocked to Ofcom to lodge complaints.

Some fans also wrote to the star herself on the night to announce they weren't happy with her choice of outfit.

One of the This Morning host's 6.4million Instagram followers commented: "Cover up a bit more!!

"You don’t always have to display everything. I agree she is beautiful just think be nice to see her in a gown that's not so revealing she doesn't need to be so bare."

A second added: "She is stunning and her hair is actually nice tonight but i agree its a bit much for 6pm family show. No need to show a plunging neckline like that [sic]".

However, most of the complaints about the series' semi-final were about magician Ben Hanlin's controversial elimination after losing the skate-off to Paralympian Libby Clegg.

One angry viewer took to social media to write: "That's it the scoring sucks tonight definitely fixed. Refuse to be part of this pantomime."

A second wrote: "What the hell is going on with the #DancingOnIce judges. Exactly what do they expect of @benhanlin and @carlottamarie sorry this is fixed."

While a third complained: "Don't know what the judges were watching in that skate off. Ben was by far the better skater no question! So unfair to him."

The Dancing On Ice final airs at 6pm on Sunday on ITV.