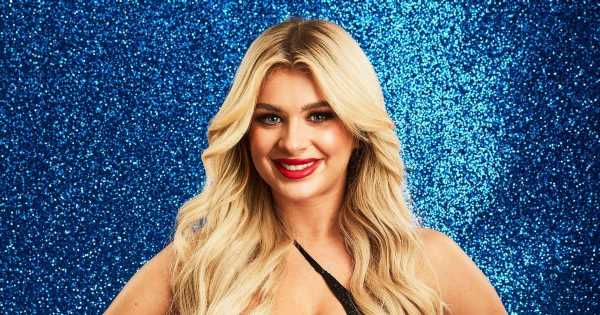 Clear your schedule for the evening of Sunday 16 JanuaryDancing On Icefans, because the show will be returning to our screens that evening at 6:30pm.

This year’s line upis quite impressive, and will see the likes of Love Island’s Liberty Poole, Coronation Street star Sally Dynevor as well as Olympian Kye Whyte hitting the ice.

Liberty was one of the first to be announced, and saidshe was “so excited”to be part of the show.

In light of the celebs beginning their training back in October, Liberty has since admitted thatice skating is “harder than you think”.

She told OK! in November: “I have been busy but I'm focussing on Dancing on Ice training, doing that Monday to Friday. Trying to get good, it's harder than people think!"

The blonde beauty added: “I'm enjoying it, me and my mum have been watching the show for years and I've always loved ice skating but, yeah, you have to sort of forget what you know and sort of start over again when it comes to figure skating so yeah, but I'm hoping it goes alright."

Another celeb hitting the ice is former S Club 7 singer Rachel Stevens, who echoed similar sentiments to Liberty on how difficult skating can be.

“It's so exciting but it's so hard. I've not fallen over yet, I'm not sure if that's a good thing or not,”Rachel told OK!.

Fan favourites Holly Willoughby and Phillip Schofield will be returning as presenters of the show this year, while Jayne Torvill, Christopher Dean and Ashley Banjo will be back on the judging panel.

One person who won’t be back is John Barrowman, who has since beenreplaced by Strictly Come Dancing’s Oti Mabuse.

Expressing her excitement of her new judging gig, Oti said at the time of the announcement: “As a professional dancer I have always had so much respect for the skating professionals on Dancing On Ice.

"It is an exceptional skill that is also so beautiful to watch. I’m feeling really enthusiastic about joining the panel alongside the legendary Torvill and Dean and Ashley Banjo.

"I can’t wait to see the celebrities thrive as they learn how to ice-skate and to champion the professional skaters as they create incredible choreography.”

She added: “Having been on both sides of the table, I know a little bit about how they’ll be feeling. It’s more than an honour and I already can’t wait to join the family."

For updates on all your favourite celebs and TV shows, sign up to our daily newsletter here.