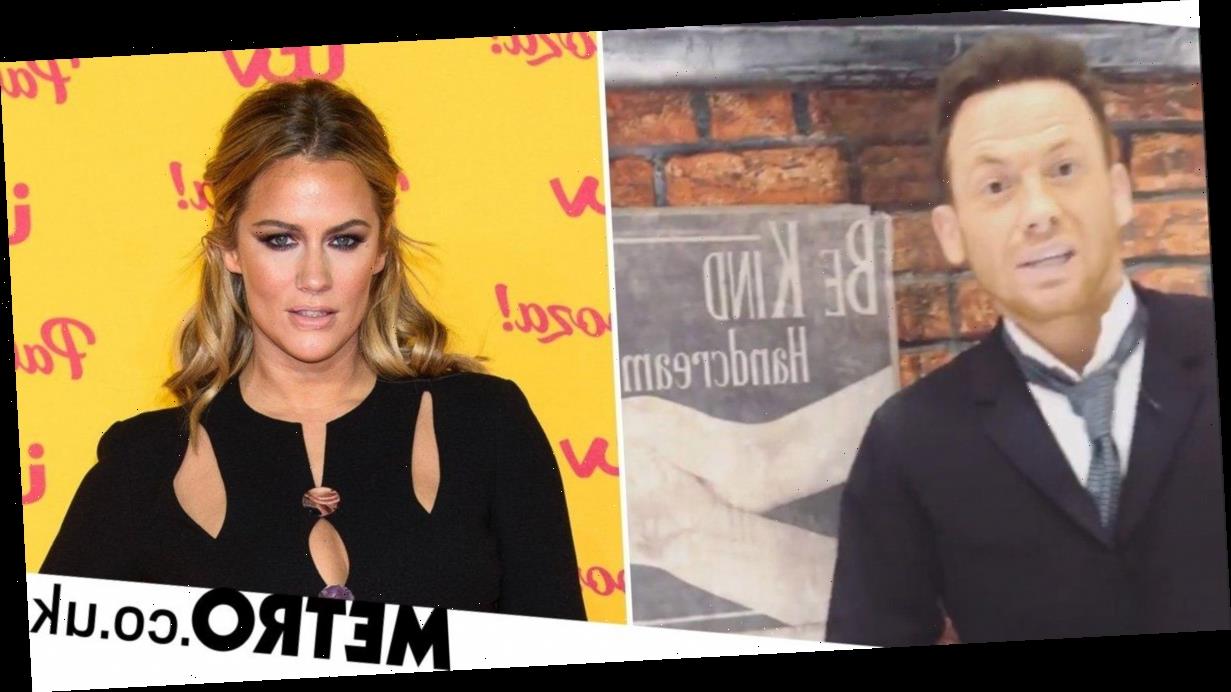 For his performance, the 38–year-old and his dancing partner Alex Murphy performed a routine inspired by the works of Charlie Chaplin from the silent film era – and in the background, a poster which read ‘Be Kind’ could be seen on a fake brick wall, which was used as a prop.

Joe had previously spoken earlier in the day about the tribute, as he encouraged others to ‘be kind’ to each other.

Sharing a video to his story, he said: ‘Today we’re doingthe showcase, and we’ve got this structure here,’ as he started tapping on afake brick wall.

‘I asked them if they could put the words “Be Kind” on a poster. Obviously we lost Caroline, and we’re going to try and spread the word. We need everyone to be kinder.’

The routine was a pretty big success for both Joe and his dancing partner, with the duo achieving a perfect score of 40 from the judges.

And the two were later crowned the winners of this year’s series of the ITV dancing competition, with Perri Kieley and his partner Vanessa Bauer coming second.

Caroline was found dead in her home on February 15, aged 40. An inquest later recorded her cause of death as a suicide.

Following her death, a number of fellow celebrities havebeen calling for others to ‘Be Kind’ to one another, in response to the harmthat can be caused by online behaviour.

Caroline herself had been incredibly candid and honest about her struggles with mental health prior to her death and had previously urged her fans to look out for one another.

In October 2019, the presenter had shared a lengthy message to Instagram urging her followers to be nicer to one another and revealed she was labelled ‘draining’ by a friend after she had reached out to her.

‘I wanted to write something about mental health day last week but I was knee-deep in work,’ she said. ‘And some days it’s hard to write your feelings if you’re not in the right place.

‘The last few weeks I’ve been in a really weird place… I find it hard to talk about it… I guess it’s anxiety and pressure of life… and when I actually reached out to someone they said I was draining.

‘I feel like this is why some people keep their emotions tothemselves. I certainly hate talking about my feelings. And being a burden ismy biggest fear.’

She added: ‘I’m lucky to be able to pick myself up when things feel s***. But what happens if someone can’t. Be nice to people. You never know what’s going on. Ever.’