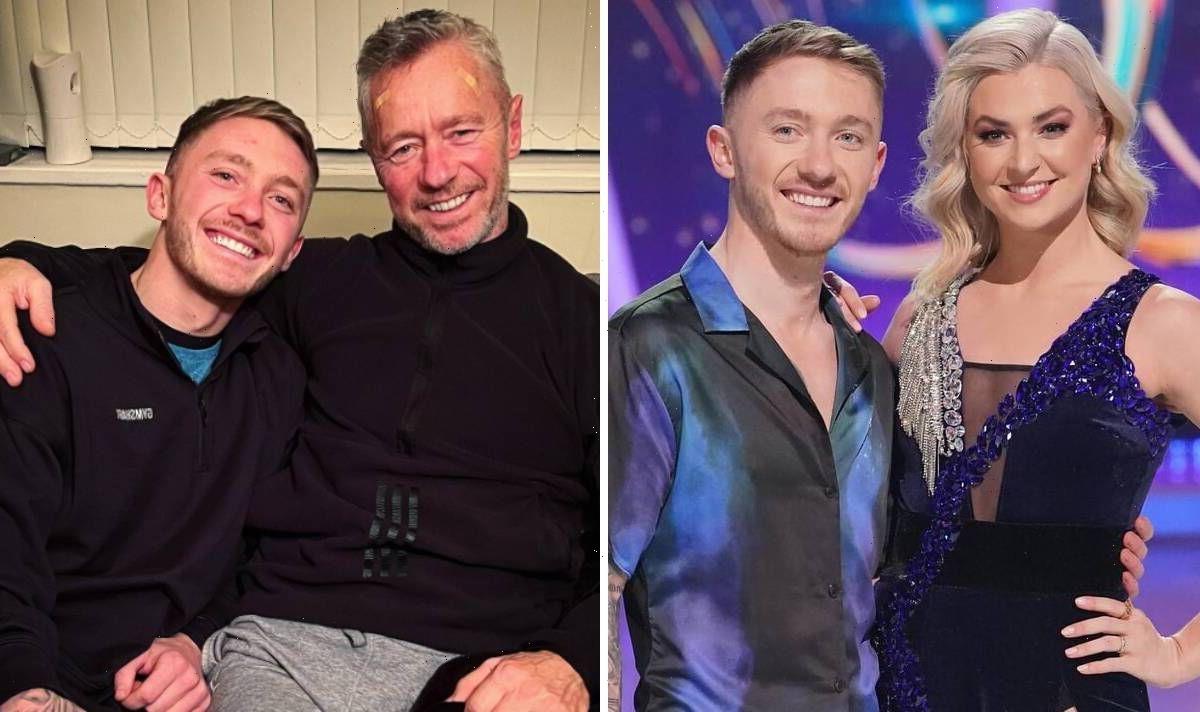 Dancing on Ice: Ekin-Su is first celebrity to be in the skate-off

Dancing on Ice star Nile Wilson gave a spectacular first performance with his skating partner Olivia Smart when the ITV series returned. He scored big with 29.5 points for his routine to Harry Styles’ Sign of the Times, wowing and has already been tipped to be the one to watch in 2023. While Wilson has been working hard to get the routines up to scratch, he has been preoccupied with his family away from the cameras as well.

Dancing on Ice competitor Nile Wilson turned 27 on Tuesday, January 17, but it was also the day of his dad Neil’s brain surgery.

He suffered a bleed on the brain last year after Neil, who is in his mid-50s, had his “second stroke in 10 years” in November 2022.

Wilson’s dad had to undergo surgery earlier this week and thankfully, it seems as if it went according to plan.

The retired athlete took to Instagram to give his 490,000 followers an update on Neil’s health.

He wrote: “27 years young. Thank you for the birthday wishes!

Fans took to social media to wish him a happy birthday and congratulate his family on the good news.

Karynefagg wrote: “Happy Birthday Niles, bestest birthday present is that your Dad is safely through surgery, the love is always there for you Niles, you are a wonderful, kind and thoughtful human.”

Elizabeth Bromley seconded: “Wow you’ve had a very busy time, Sending so much love to your Dad and you.”

Jono Vegan said: “Prayers for a speedy recovery”, while Melly Gwen added: “Glad Neil is good! Been thinking of him. Happy birthday man.”

Neil himself took to Instagram last year to explain what happened to him, more than a month later.

He said: “5 weeks ago I had another bleed on my brain effectively having a second stroke 10 years after I had the first one and spent 4 days in hospital.

“Also big thank you to @luke_sutts and all the team at @nilewilsongymnastics for the love and hard work.

Wilson won’t be competing in tonight’s Dancing on Ice as a second lot of celebrities take to the ice.

The contestants performing this evening will be Mollie Gallagher, Carley Stenson, Darren Harriott, The Vivienne and John Fashanu.

Last year’s Love Island winner Ekin-Su Cülcüloğlu will be in tonight’s skate-off but who will she be up against and who shall be the first to leave the competition?

Dancing on Ice continues every Sunday at 8pm on ITV.