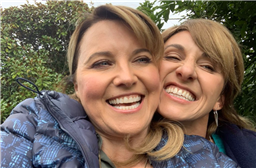 Dayna Grant, a New Zealand-born award-winning veteran stunt double, performer & stunt coordinator who has worked on such productions as Mad Max: Fury Road, Wonder Woman 1984, the syndicated Xena: Warrior Princess and the upcoming Lord of the Rings Amazon series, will undergo an emergency brain surgery after her Hollywood colleagues and fans rallied to raise the necessary funds.

According to the Give a Little page used for donations, “world renowned Stuntwoman Dayna Grant recently sustained a head injury while on set filming for an upcoming series/film. After experiencing symptoms of Traumatic Brain Injury Dayna was sent for Neuroimaging CT and MRI scans. Unfortunately receiving the devastating diagnosis of an 8mm Aneurysm and upper spinal (neck) injuries. Surgeons recommend immediate surgery.”

According to sources, Grant suffered a concussion while working on the set of The Lord Of the Rings in early 2021. It is understood that she received medical attention and was ultimately cleared to return to work and resume her daily activities.

Following her stint on the Amazon series, Grant, a 20-year veteran who has been a stunt double for Lucy Lawless, Charlize Theron, Tilda Swinton, Lynda Carter, Gwyneth Paltrow and Bridget Regan, did stunt work on several other projects, sources said. They are said to include My Life Is Murder Aotearoa, in which she reunited with Lawless, A24’s Pearl, Evil Dead Rise and One Lane Bridge.

After recently experiencing symptoms, Grant underwent testing and received the diagnosis. “As is often the way with these things Insurance and liability are a maze of red tape and potentially life threatening delay through the Public Health system,” the crowdfunding message said.

Because time was of the essence for a successful outcome, Grant opted to go a private route, which required $NZ60K. Lawless stepped in right away, offering to match any donation from Xena fans. Others who took part in the fundraising effort included Regan and Xena co-creator Rob Tapert.

The goal was quickly exceeded, with more than $80K raised to date. Grant posted a tearful video on Twitter, thanking everyone for the support and the generosity. She has been scheduled to undergo surgery next month.