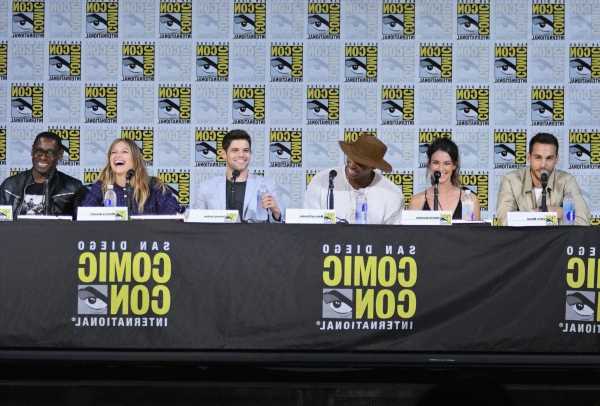 As the episodes for Supergirl Season 6 pile up, the fans’ excitement and anticipation for the series finale grows. Only six more episodes remain, and we don’t know a lot about the ending at this point. But, on Oct. 16, Supergirl will host a panel at DC FanDome 2021 that is sure to feature a couple of sneak peeks and breaking news regarding the series finale. But what and who can we expect for the Supergirl portion of DC FanDome 2021?

Joining them will be three returning fan-favorites who will guest star in the series finale. Mehcad Brooks, Jeremy Jordan, and Chris Wood, who play James Olsen, Winn Schott, and Mon-El, respectively, are all slated to appear. It’s safe to say that Supergirl‘s portion of the event will be jam-packed.

With an outing this big, we wonder what Supergirl has in store for DC FanDome 2021.

What to expect from DC FanDome 2021

DC FanDome 2021 is the second event of its kind. Last year, Warner Bros. held the first convention due to the cancellation of many other conventions because of the Coronavirus (COVID-19) pandemic.

In a statement, Ann Sarnoff, the chairman and CEO of Warner Bros., said, “This year, we’re taking everything that people loved about DC FanDome and supercharging it to super-serve fans with even more exclusive first-looks, breaking news, in-depth interviews, and insight from the stars and creative teams of their favorite DC content.”

Hopefully, since three guest stars from the Supergirl series finale will be in attendance, fans will get some inside scoop on what they can expect from the Girl of Steel’s swan song. Whether that will be a preview video, teases from the cast, or other news is unknown. But whatever the Supergirl cast has in store for the event is sure to be exciting.

Everything we know about the ‘Supergirl’ series finale

Supergirl‘s series finale airs on Nov. 9 at 8/7c, a few weeks after DC FanDome 2021. The CW announced recently that the ending would be a two-hour event. Whether that means a separate episode will air before the series ender or that the finale is two parts is unknown.

Currently, in the show, Nyxly is wreaking havoc in National City, trying to find the totems that make up the AllStone. And, according to Supergirl‘s showrunners, Lex Luthor will join her team soon as her love interest. It would make sense if the Super Friends faced off against the formidable duo of Nyxly and Lex in the series finale. But fans will just have to wait until DC FanDome 2021 to hear any news about the Super Friends’ final outing together.

Supergirl airs Tuesdays at 9/8c on The CW.