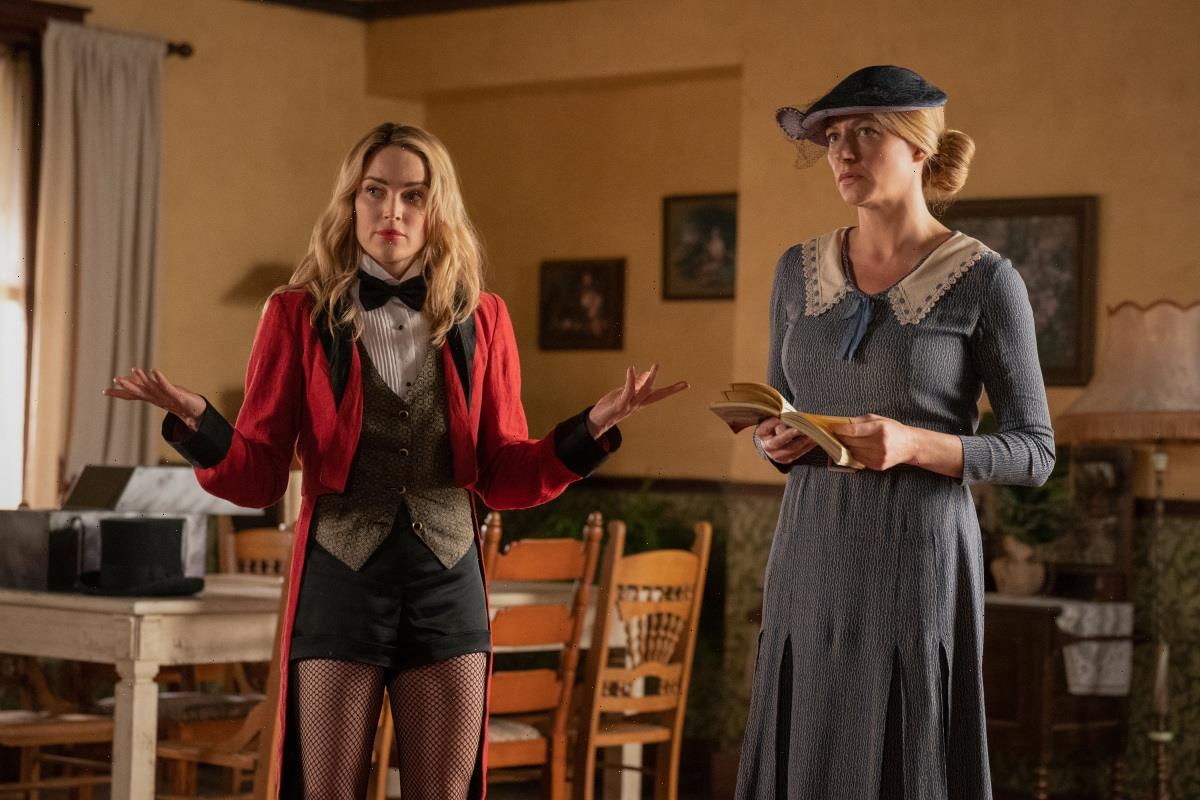 Season 6 of The CW‘s DC’s Legends of Tomorrow thrust its characters into the world of aliens. As per usual with this Arrowverse show, it was wacky, fun, and full of surprises. The sixth season revealed that Gary had been an alien all along and that Sara died and an evil genius cloned her using alien DNA. The show also introduced a new character with alien-sensing abilities, Esperanza “Spooner” Cruz. The season ended with an alien invasion, a tearful goodbye to Mick and Constantine, a wedding between Sara and Ava, and a duplicate Waverider blowing up the Legends’ ship. Now that DC’s Legends of Tomorrow Season 7 is almost here, what can viewers expect for the Legends’ new adventure? 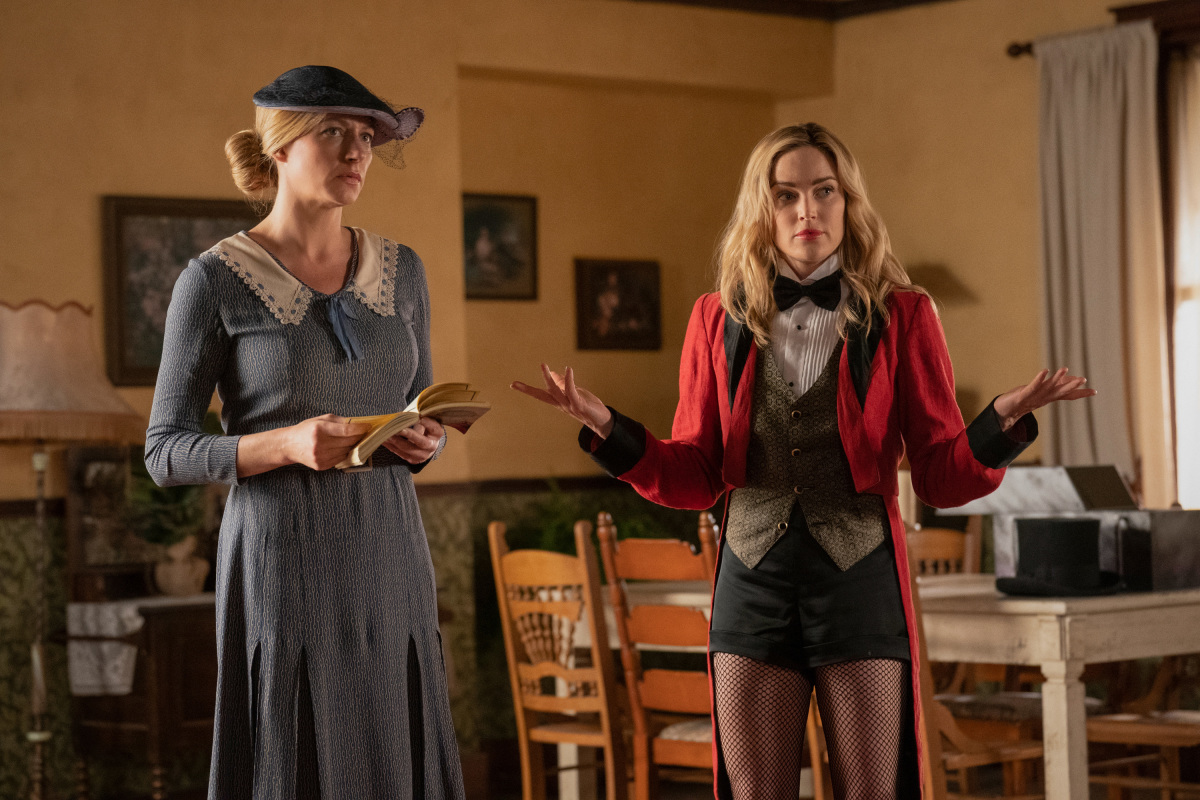 When does ‘DC’s Legends of Tomorrow’ Season 7 premiere?

Fortunately, fans do not have to wait very long for DC’s Legends of Tomorrow Season 7 to premiere. The Legends will return to The CW on Oct. 13 at 8/7c, only a month after the season 6 finale.

The premiere will pick up right where the previous episode left off. A mysterious Waverider entered the atmosphere and destroyed the Legends’ own Waverider, stranding them in 1925. Now, the Legends have to figure out a way home while simultaneously blending in in the ’20s.

The synopsis for DC’s Legends of Tomorrow Season 7 Episode 1, “The Bullet Blondes,” reads, “After defeating the aliens and saving Earth, the Legends find themselves stranded in 1925 Odessa, Texas with a destroyed Waverider. Wanting to help fix things, Astra tries using her powers, which creates unwanted attention from the town and that of the new Director of the Bureau of Investigation, J. Edgar Hoover, and a surprise no one expected. Realizing they need to escape, Sara and Ava create a distraction by going on a crime spree with Hoover hot on their tails. Meanwhile, Zari is finding it hard to get over Constantine, so Behrad suggests the only thing he knows that can help.”

The trailer shows the Legends stuck in the 1920s

In the DC’s Legends of Tomorrow Season 7 trailer, which you can view above, the Legends struggle to acclimate in the ’20s. As usual, they seem to find themselves in unfortunate circumstances. But, at the very least, they are doing it all in style. Throughout the trailer, the Legends can be seen wearing various forms of ’20s clothing.

Out of all of the characters, Ava seems to be taking being in 1925 the worst. Ava warns the group in the new promo for the upcoming season, “If we stay here, it could get really bad.” And near the end of the video, Ava says goodbye to the world and lays in the middle of the road. Behrad questions, “Did we break Ava?”

Who makes up the cast?

The series regulars of DC’s Legends of Tomorrow will include Caity Lotz as Sara Lance, Tala Ashe as Zari Tomaz and Zari Tarazi, Jes Macallan as Ava Sharpe, Olivia Swann as Astra Logue, Adam Tsekhman as Gary Green, Shayan Sobhian as Behrad Tarazi, Lisseth Chavez as Esperanza “Spooner” Cruz, and Nick Zano as Nate Heywood. Amy Louise Pemberton as Gideon and Matt Ryan as Gwyn Davies also join the cast. Ryan recently played John Constantine in the show. And Dominic Purcell will recur as Mick Rory. As for the villains of the season, that’s a mystery.

SYFY WIRE recently interviewed DC’s Legends of Tomorrow Season 7 co-showrunner Keto Shimizu. When asked about the Big Bad of the season, Shimizu said, “I won’t say explicitly who our bad guys are because I think that’ll be a fun discovery for our fans. But I will say you won’t have to wait too long. We are not holding back with our bad guy story this season like we typically would. We find that, rather than the mystery of it — the ‘Who is it? What’s going on?’ — we actually are more interested in the ‘why’ and the ‘what’ of those stories. So we’re actually going to be telling kind of parallel stories within the first chunk of our season, that both explains how the bad guy was created, but also what happened next.”

How can you watch ‘DC’s Legends of Tomorrow’ Season 7?

Fans of DC’s Legends of Tomorrow will not want to miss out on season 7. And, thankfully, there are multiple ways for people to watch it.

DC’s Legends of Tomorrow premieres on Oct. 13 at 8/7c on The CW. After that, episodes will premiere weekly on Wednesdays at 8/7c on The CW. But if you miss out on the broadcast, you can watch all-new episodes the day after they premiere on The CW app or website. Fans can also watch seasons one through five on Netflix.