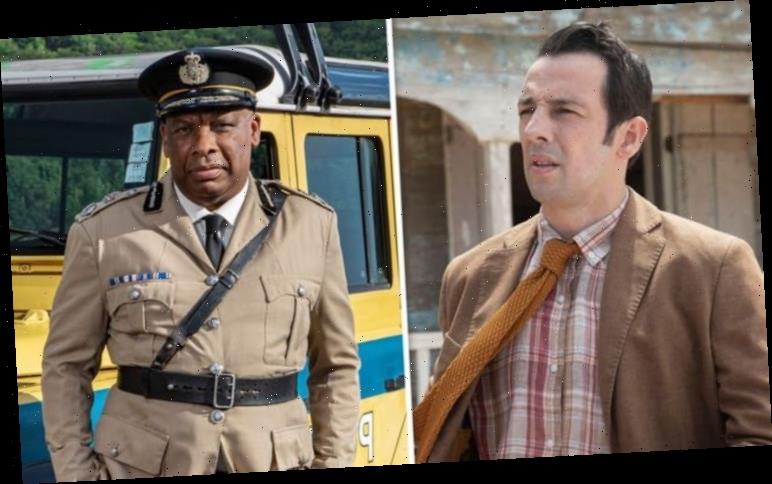 Death in Paradise: Florence and Neville go swimming in the sea

BBC series Death in Paradise has been celebrating its 10th anniversary this year with lots of guest cast members and blasts from the past. However, like all good things, this series is going to be coming to an end but what can fans expect from the final episode of the new series? In an exclusive interview with Express.co.uk, guest star Karen Bryson teased some details from the last instalment for 2021.

Actress Bryson will be appearing in this week’s episode of Death in Paradise after shooting her part in 2020.

The Shameless and Black Narcissus star portrays a character called Gardenia Dujon, saying of the part: “She is incredible and the stories are incredible.”

“There’s a lightness of a touch, there’s some sunshine even though someone invariably gets murdered. No, actually all the time somebody gets murdered. I don’t know why but we still love [it].” 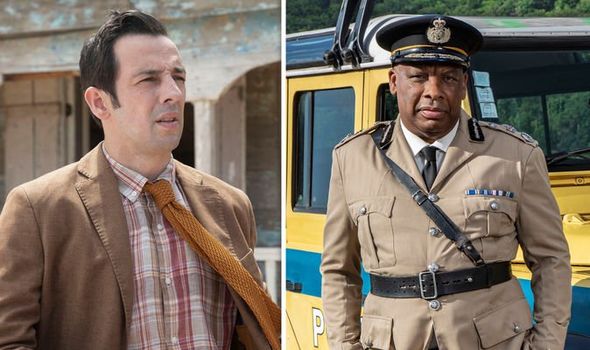 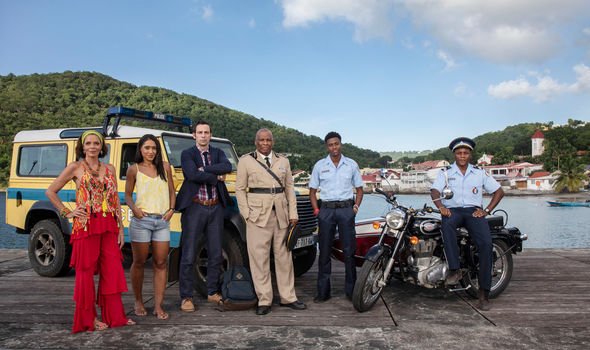 “I enjoyed it, I thought it was absolutely fabulous working on it and also just for this series, the production values because of the location.”

Bryson said she felt grateful to still be working during the coronavirus pandemic, which has hit the arts hard with many actors and theatres struggling during this period.

Reflecting on being part of the 10th anniversary series, Bryson said it was “amazing” to be starring in the show. 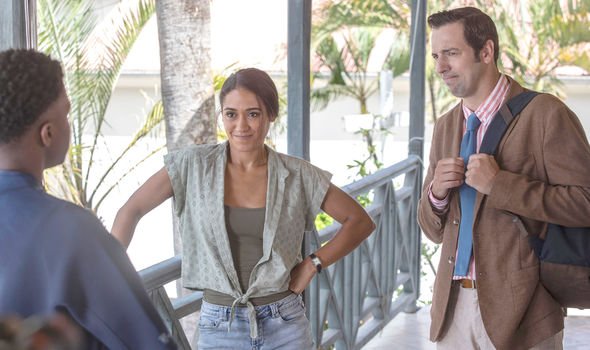 “Being about to carry on for one, being in this beautiful place for two but also being part of a show which has gone on successfully for 10 years.

“I think it’s like nine million viewers per episode, which is really incredible. It has a real popular following and I felt proud because I’m the last ep for the 10th anniversary.”

Bryson didn’t want to give too much away but said of the finale: “Beautiful scenery as always, twists as always and I just hope they tune in.

“I think all of them are very different and I think it’s a great one to end on, that’s what I’ll leave it as.” 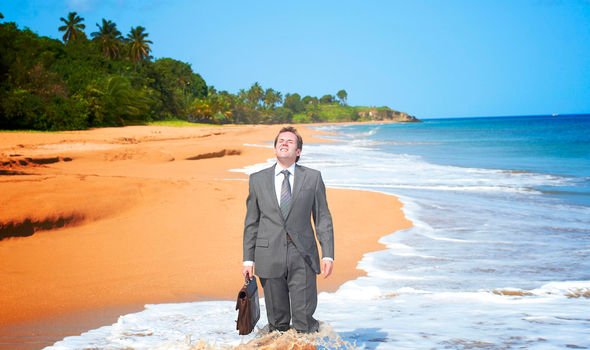 According to the BBC synopsis for the finale, a man will confess to murdering his boss even though he doesn’t remember the details.

Detective Neville Parker (played by Ralf Little) will again be on the case to get to the bottom of what really happened.

Fans can expect to be on the edge of their sofas right until the very end of the episode with viewers also possibly seeing if the will they/won’t they romance between Neville and Florence Cassell (Joséphine Jobert) will materialise.

Season 10 not only had a multitude of recognisable faces but also saw a blast from the past in the form of Ben Miller’s original detective Richard Poole, who was sadly killed off.

Although the latest series may be wrapping up, fans can rest easy knowing the show has already got the green light for season 11.

But there’s more good news with the BBC also giving Death in Paradise a series 12 as well.

So the show will be on screens for the foreseeable future with plenty more to come.

Lead star Little also looks likely to be staying on the series for the moment as the idiosyncratic if brilliant detective Neville.