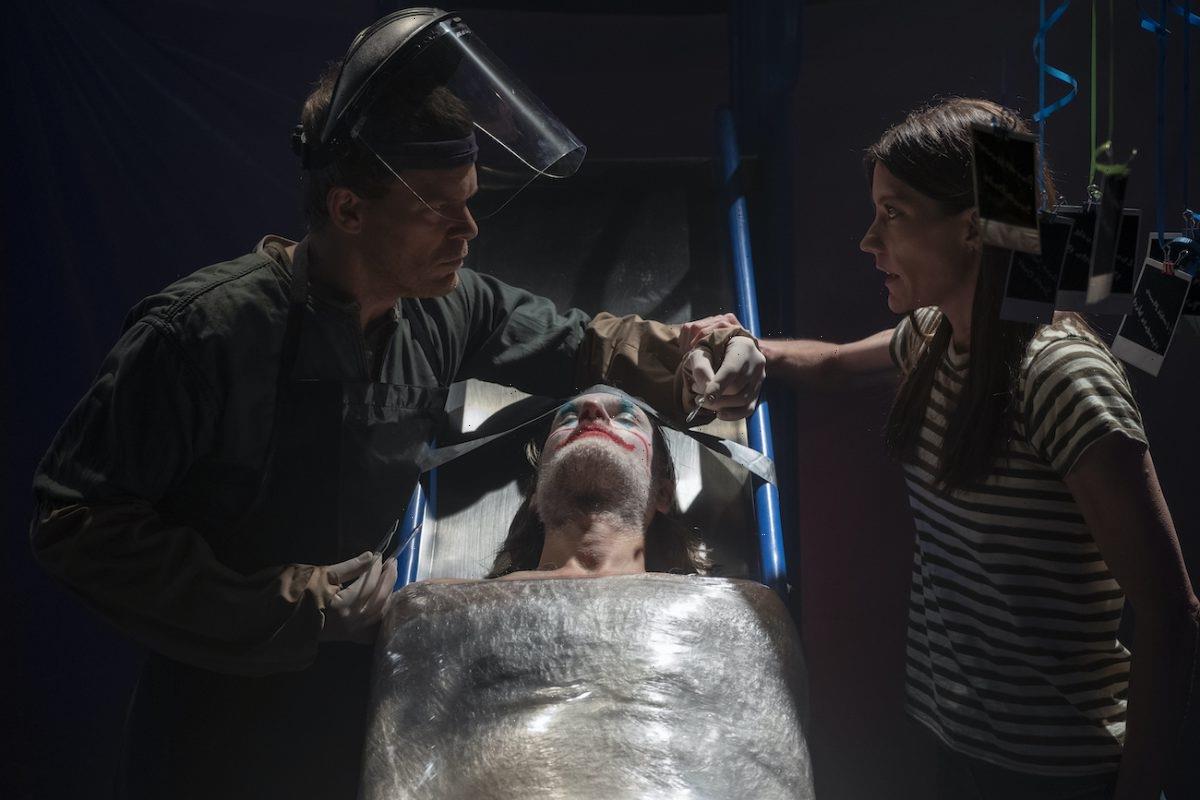 Dexter: New Blood Episode 9 brought many fans back to the original series. Dexter (Michael C. Hall) shares his secret with his son Harrison in “The Family Business,” but it’s the way the episode was filmed that has Dexter fans talking.

‘Dexter: New Blood’ Episode 9 is reminiscent of the original ‘Dexter’

Episode 9 of Dexter: New Blood is one of the most engaging episodes of the Showtime reboot. Harrison (Jack Alcott) finally learns the truth about who and what Dexter is as his father details his childhood and the “dark passenger” that plagued him, sharing Harry’s (James Remar) code.

As a voiceover of Dexter explains his process of stalking his victims and finding proof of their crimes, we saw clips of Dexter wearing his signature hunter green henley shirt combing through Wiggles the Clown’s (Michael Laurence) play place. Though Dexter initially left out the killing portion of his ritual and replaced it with the euphemism of “confronting his victims,” he ultimately shared the entire killing routine with his son in the end.

‘Dexter’ fans love the callbacks to original series in episode 9

The first few minutes of “The Family Business” took many fans back to the original Dexter series, where Dexter would stalk and kill a victim in almost every episode. “The cinematography, the narration, and the music [in episode 9] brought me back in time,” said a fan on Reddit. “It was great to see a piece of Dexter that we haven’t seen. Back in good ole’ Miami.”

Some fans, including this one, felt like the footage could have been filmed for the original series, then scrapped. “It felt like it was old footage from the original series that they never used and decided to fit it into New Blood,” this fan writes. “Either these scenes are Michael C. Hall 12 years ago or he had an amazing makeup/hairstylist and awesome filming/editing.”

“It was very nostalgic to watch,” commented another Dexter fan in the thread. Several fans in the thread admit they thought they started the wrong episode when they watched it on-demand; that’s how similar the first few minutes of episode 9 are to the original series.

The first few minutes of “The Family Business” entertained fans. Still, Dexter Morgan’s commitment to showing his son his true self is what kept them entertained for the entirety of the episode. Dexter finally finds proof this season’s “big bad,” Kurt Caldwell (Clancy Brown), is the serial killer he thinks he is with Harrison by his side.

With plastic tarps and heavy-duty trash bags in tow, Dexter set up his kill room among Kurt’s trophies — the preserved bodies of his victims. Before Dexter plunged his knife into Kurt’s chest, Kurt shared Dexter’s involvement in Matt Caldwell’s death; something Harrison was unaware of but didn’t seem to let bother him. What does get to Harrison is the blood that pooled around his feet as Kurt was killed, which took him back to the moment the Trinity Killer (John Lithgow) murdered his mother, Rita (Julie Benz), in the original series.

Surprisingly, Dexter and Harrison got away with Kurt’s murder — for now. But at the end of the episode, Angela (Julia Jones) found a note, presumably from Kurt, with the screws from Matt’s legs that read: “Jim Lindsay killed Matt Caldwell.”

There’s only one more episode of Dexter: New Blood left. Tune in Sunday, Jan. 9 to see how the series concludes.