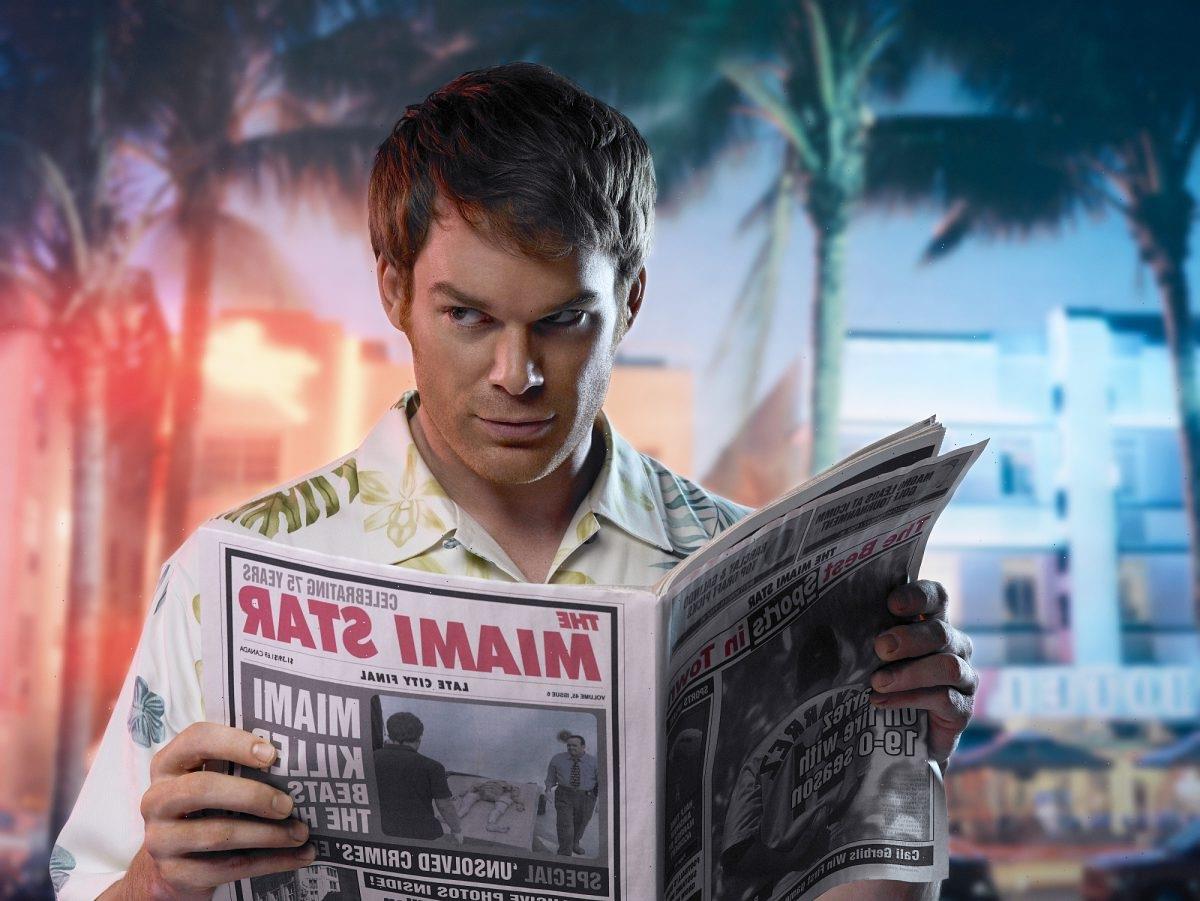 Everyone’s favorite vigilante killer is back. The guy previously known as Dexter Morgan in the Showtime series Dexter now goes by Jim Lindsay. He’s moved to the fictional small town of Iron Lake, New York, where he lives a normal life with his girlfriend, Angela Bishop. But Michael C. Hall teases that she has some “secrets” of her own.

It’s been almost a decade since Dexter (Hall) faked his death and moved into the wilderness. He’d come to realize the pain he caused others and figured he could stop killing by isolating himself. He hasn’t murdered anyone since, Hall has confirmed. But that’s set to change in the revival, aptly titled Dexter: New Blood.

His girlfriend, Angela, will be played by Julia Jones of The Mandalorian.

Those resources will certainly come in handy once Dexter starts killing again. We know from reports that he’ll face several adversaries this season, notably including Clancy Brown’s Kurt Caldwell — a community man with a dark side.

Hall spoke more about his character’s relationship with Angela in a separate interview.

“You know, Dexter in spite of his commitment to have a normal life, he just can’t help himself when he’s in a relationship with the cop of Iron Lake, New York,” he told Australian talk show Studio 10. “He can’t help but sniff around the police department, you know?”

“But she’s a very, very independent, strong, capable person who in her own way maybe has her own secrets,” Hall continued. “And that’s probably part of why the relationship at least up to this point has been working.”

“Some of Dexter’s secrets are revealed when his son shows up,” Hall added, referencing Harrison Morgan, whom Dexter abandoned in the Dexter series finale. “So that complicates things and maybe makes the relationship go to a new place and become more intimate.”

When the interviewer remarked that Angela sounds like a good person, Hall replied: “She’s very good… better than him.”

The cast of the revival

Phillips has also teased the return of a character from Dexter’s time working for the Miami Metro Police Department, which seemingly signals even more chaos in the character’s life. It all leads up to a finale that Phillips said will “be stunning, shocking, surprising, unexpected.”

“And without jinxing anything, I will say that the ending of this new season that we’re doing will blow up the Internet,” he added at Comic-Con 2021.

The series premieres on Showtime at 9 p.m. ET on Sunday, Nov. 7.