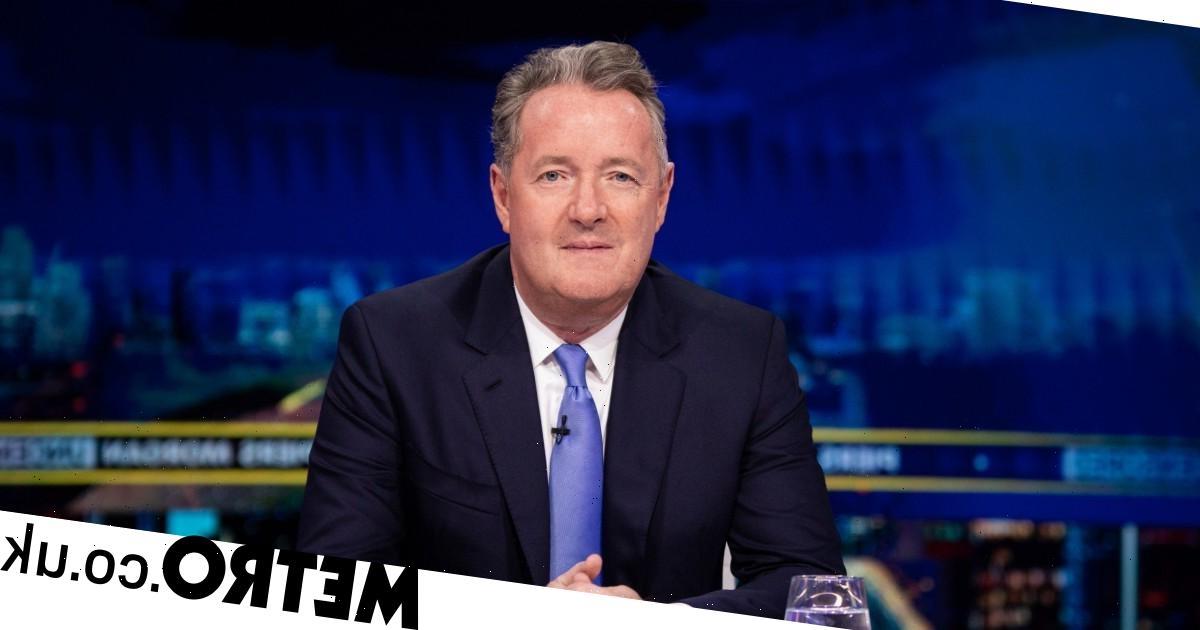 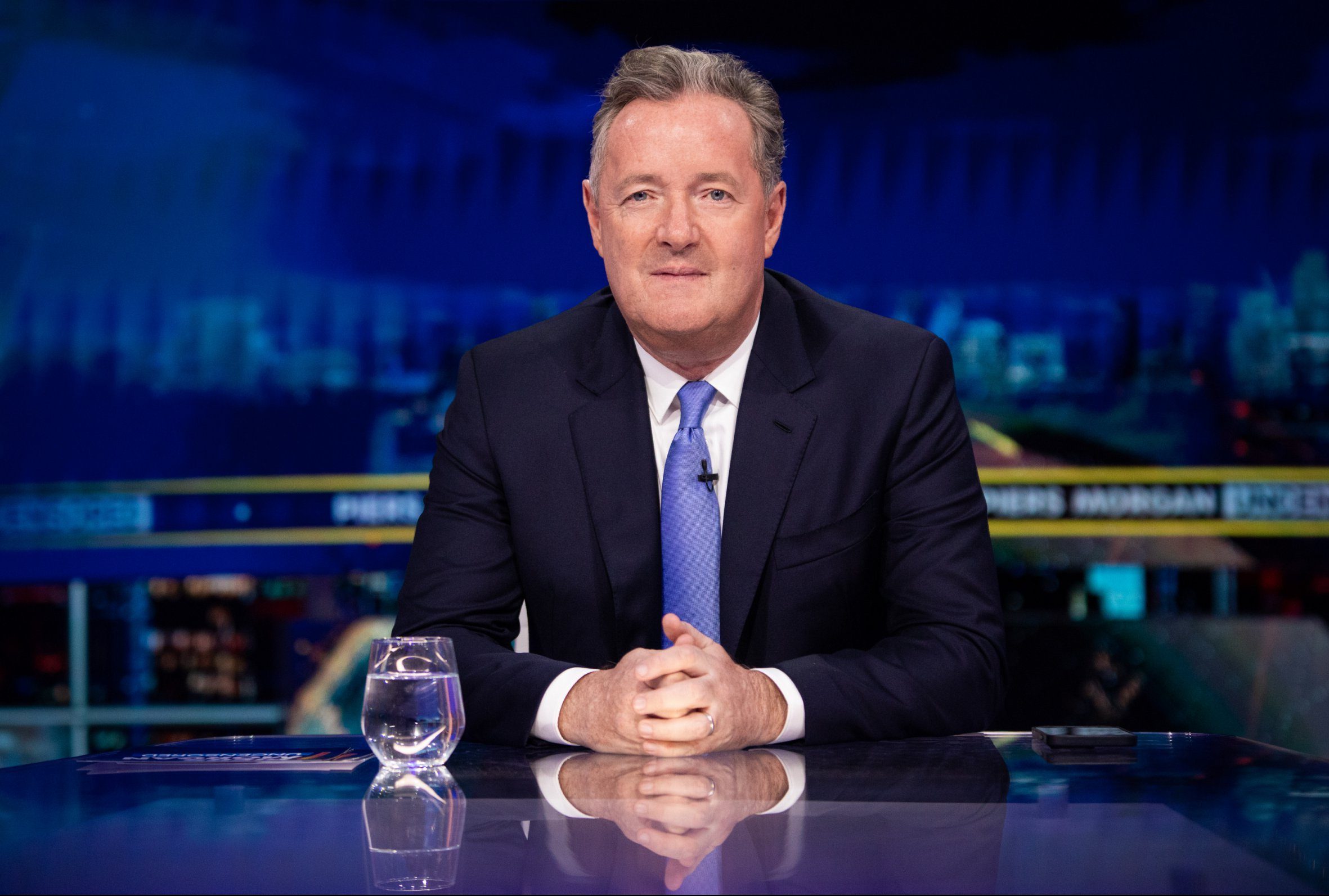 If you’ve been paying attention to Piers Morgan and his TalkTV show Piers Morgan Uncensored you’ll have seen that he’s been making a big noise about the future of TV not being linear.

It was a promising start but perhaps partly expected given that Rupert Murdoch has pumped some £50million into the project altogether.

Fast forward 24 hours though and the show had lost over half its viewership overnight. By the following week, the ratings painted a much sadder story with the Broadcasters Audience Research Board (Barb), the company that measures TV viewership in the UK, registering ‘zero’ viewers, meaning there fewer than 10,000 people tuned in so the company couldn’t register a complete figure.

Only a year and a half ago Piers would relentlessly brag about how his former show, Good Morning Britain on ITV, was beating the likes of BBC Breakfast in the ratings war.

But overnight ratings mean nothing to the presenter anymore. Instead, his attention is firmly on online engagement.

‘Content really is king and can be consumed in so many different ways now’ Piers tweeted one week after his show launched and following the news that he had reached over 64million online views in seven days. He believes the days of the traditional means of watching TV are over.

But with his overnight ratings continuing to fall flat, can Piers really sustain his TalkTV show by relying on social media and YouTube engagement alone?

Piers throws the concept of traditional overnight ratings out of the window. What he’s focussed on, is social media engagement and viral moments. These offer real metrics rather than a rough figure of how many people may or may not be tuning into a programme.

Andrew Mullins, director of programmatic and analytics at Realtime Agency, believes measuring direct audience engagement is a powerful metric for success and should challenge the black box of metrics and panels that ratings agencies are using.

‘They will be a huge factor in measuring and building an audience of engaged fans who, as data shows, are increasingly turning to social media for news and commentary,’ he tells us.

Although social media engagement is clearly an important and useful metric in measuring commercial success, if Piers Morgan Uncensored viewership continues to drop at the rate it’s going, then relying on these platforms isn’t enough to keep the programme going in the long term.

‘Unfortunately for Piers, his social media account is only as useful as the number of viewers it sends to the show,’ Edward Coram-James, CEO of Go Up says.

‘If the show continues to lose viewers, and his social media following does not subsidise the loss, then the success of his social media is commercially irrelevant. What a successful social media platform may offer him is the chance to retain a niche platform even if his TV show gets cancelled due to lack of interest.’

Clearly then, a lack of overnight viewers could hurt advertising partnerships causing further problems for Piers Morgan Uncensored. Because what’s the point of advertisers shelling out thousands for adverts when there’s hardly anyone watching?

But as Piers has been putting a lot of emphasis on the show’s appeal across the likes of TikTok and YouTube. Can these platforms actually generate enough revenue to help keep the programme on the air?

Digital Marketing Strategist Alex Bussey explains that it’s actually pretty easy to make money through platforms such as YouTube. ‘You don’t need to actively promote anything to make money on YouTube,’ he tells us. ‘Anyone can turn on a feature called “video monetisation” that allows YouTube to stick video ads in front of your videos.

‘You are then paid a flat fee per ad view, depending on your clout and importance. On average, YouTube influencers are making about $0.18 (£0.15) per video view so when Piers posts a video that gets 11,000 views in its first day, he will make about £1650.’

Alex points out that YouTube content can generate a lot of passive revenue too. ‘The algorithm that serves up tailored content recommendations has always prioritised popular content that’s projected to generate a lot of engagement, so if Piers’ videos do well in the first few days, they could keep feeding him views – and profits – for months to come.’

‘It’s worth remembering that influencers, streamers and YouTube personalities make six or seven figure incomes by posting popular content to these channels,’ Alex adds. ‘So, while Piers may be missing out on traditional ad revenue, he can and will still make a fortune by leveraging YouTube.’

But estimated YouTube revenue from Piers Morgan Uncensored doesn’t actually appear to be that much. Based off current stats, Social Blade approximates a maximum yearly projection of $167,040 (£138,497) from YouTube alone, which we predict is a lot less than what Piers is being paid for his services.

Pumping energy into sharing clipped videos from his interviews could be deemed as smart though, especially given that recent stats have shown TikTok to be the fastest growing news source in the UK. At the time of writing, Piers Morgan Uncensored official TikTok account has 66,500 followers and its content has racked up over 509,900 likes.

The most-watched clip to date on the programme’s page is a video of Donald Trump insisting he’s a ‘very honest man’ with over 2.7million views, followed by RMT Union leader Mick Lynch being grilled over his pay packet, with 1.7million views. Caitlyn Jenner explaining that she doesn’t mind being called dad by her daughters has over 1.4million views.

Is watching condensed moments from a 10 or 20-minute interview actually a good way to consume news though? ‘The danger of TikTok becoming the first port-of-call for news is that it’s an echo chamber led by algorithms, which risks only showing the news that different audiences want to see and could drive a spike in misinformation,’ Lawrence Dodds, planning partner at media agency UM tells us.

‘Both social platforms and news sources have to tread carefully in creating content that appeals to a wider group of viewers, but also ensuring it’s in a healthy context where news can’t be manipulated.’

Let’s circle back to Piers’s claims that linear TV is on its way out. Is it really only a matter of time before the likes of BBC News and ITV News are a thing of the past? Sure, Piers has a point – there are now endless avenues to consume content. But isn’t that in itself just a bit of a headache?

Ex-international broadcast journalist Zharina Arnaldo points out that while more and more people want news on demand, the overload of information can be confusing. ‘People are turning to multiple sources for their news; it’s no longer a case of having that one trusted source you might sit and watch at 6 every evening,’ she says.

‘You might read a tweet that would prompt you to google more information, or news might just come up on one of your many feeds. It’s become more of a two-way street in that the user decides when to consume content but at the same time might be fed news at a time when their minds are elsewhere.

‘What this creates is a very confusing landscape with a plethora of information where people almost don’t know where to turn. Do they consume news from outlets with the same political leanings? Do they try and take a more balanced approach? Can any of these sources really be trusted?’

So, what does the future look like for Piers Morgan Uncensored? Can it really survive without traditional overnight viewers?

Piers remains surprisingly gutsy in his view that social media engagement is more important than viewing figures, especially and he’s adamant this is the way forward.

But it seems clear that without viewers actually tuning into Piers Morgan Uncensored each night, the show is in jeopardy.

It’s also apparent that TV news is here to stay for the time being. Traditional news programmes are dependable and offer a deeper delve into the news of the day and, more importantly, provide crucial context, unlike snippets of interview clips.

While the landscape of news consumption has evolved, broadcasters have been quick and willing to adapt as well.

Will Piers’s reliance on social media be the downfall of his success? Only time will tell.