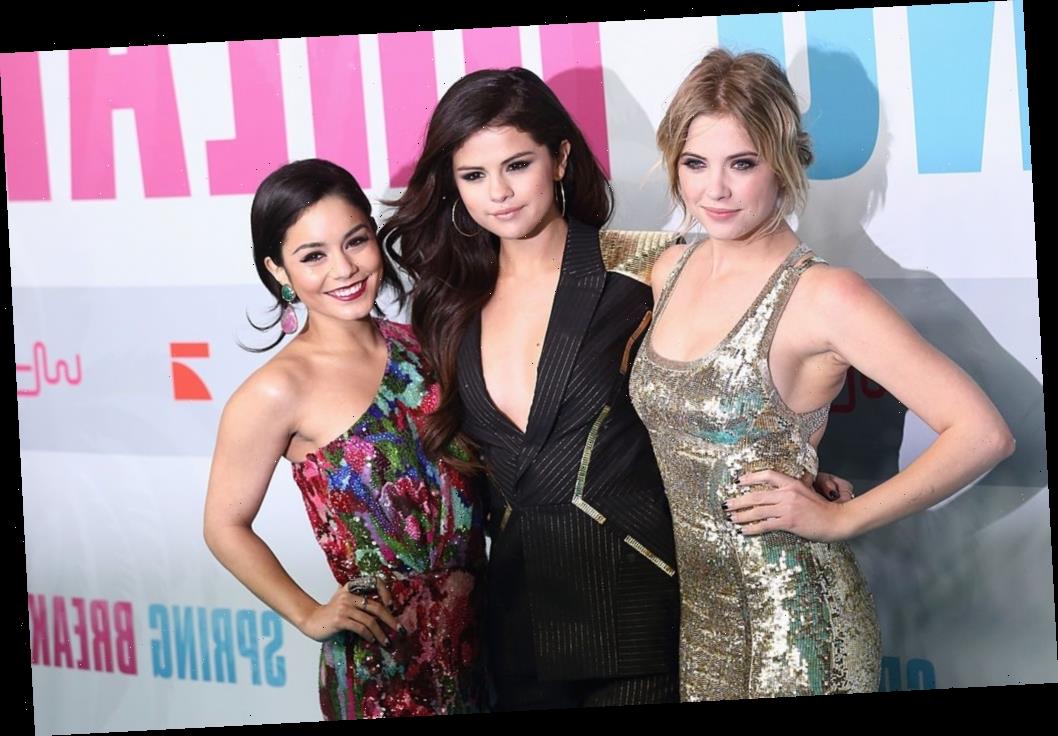 It was one of the most-talked-about films when it premiered in 2013. But today, we know the stars of Spring Breakers from many other projects. Actors Ashley Benson, Selena Gomez, and Vanessa Hudgens starred in the controversial crime flick, which is celebrating its seventh anniversary in February/March 2020. So are these stars still close with — or, at the very least, supportive of — one another? Read on to learn what they’re saying about the film in 2020.

Lots of great movies came out in 2012, but Spring Breakers was one of those ones that stands out, even years later. Perhaps this is due to its combination of a controversial premise, high-profile stars, and an utterly bizarre promotional campaign. Whatever the case, we’re still talking about it, so there must have been something there.

Spring Breakers follows a group of college students who fund their Florida vacation with less-than-legal methods. Benson’s Brit and Hudgens’ Candy are the reckless party girls, who enlist the help of Cotty (Rachel Korine) while bringing the religious Faith (Gomez) along for the ride. They get wrapped up with Alien (James Franco), leading to dangerous consequences.

The movie is now on Netflix

The film, which was directed by Harmony Korine, is available for viewing on Netflix in the U.S., in case you’re looking to stream it in celebration of the anniversary. Benson took to social media to celebrate, sharing an array of promotional and behind-the-scenes images on Instagram.

It’s not uncommon for (some of) the stars to share throwbacks. Hudgens posted one in January 2020, in which she tagged Benson. “Y’all remember these shenanigans???” she wrote of the photo in which she’s posing provocatively.

Seven years ago today we flew to Berlin for the premiere of #springbreakers. We all got sick at one point and this night @rachel.korine was stuck in her hotel room and had to miss the premiere. We did have a good time getting there ?

Yes, it’s been many years. And the stars of Spring Breakers have gone on to do many other projects. Benson is still best known for her role in the teen mystery drama Pretty Little Liars, while Hudgens has performed in live TV productions of the musicals Rent and Grease. Gomez has done some acting as well, but is focused on her music career these days.

Benson celebrated the anniversary of the Berlin premiere of Spring Breakers with the above post, sharing photos of them traveling and at the event (and she explained Korine’s absence). The next day, Feb. 21, 2020, she posted a screenshot of her phone, revealing that she was listening to Gomez’s new song, “Feel Me.”

Are the stars of ‘Spring Breakers’ still friends?

Rachel where are you? Reunion with my big sisters for life.

So are this group of women still close? We have to assume that their schedules keep them apart. Gomez last shared a “reunion” photo in March 2014, just one year after the film came out. In 2017, Hudgens posted a photo of herself with Benson at a fashion show. But aside from that, their friendship appears to be mostly virtual. Hopefully, someday we’ll get the real Spring Breakers reunion we’re dreaming of.