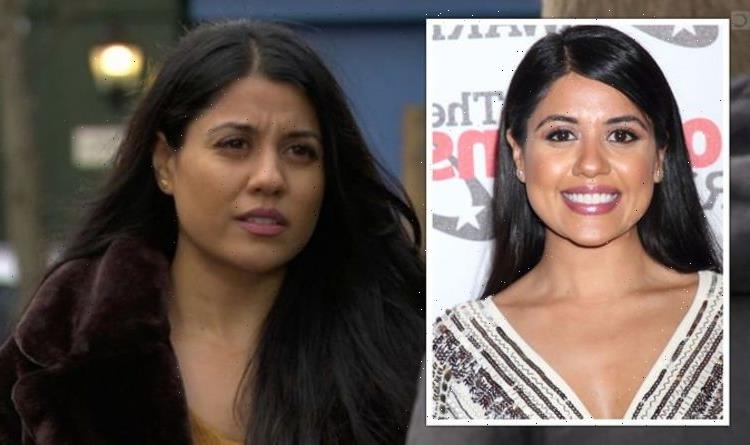 Joining EastEnders in 2019 actress Priya Davdra, 34, has appeared in over 150 episodes. However, fans were left underwhelmed when she made a low-key exit from Alert Square last week. Now, the Iqra Ahmed star has revealed why she left the show and what’s next for her.

Sharing an image with her 36,300 Instagram followers on January 3, 2022, the actress appeared to be excited to move on to new challenges.

She captioned a festive Albert Square photo: “And that’s a wrap on 3 years with @bbceastenders … It’s been an absolute pleasure!!! Bye bye Iq’s will miss ya!”

Loved by fans of the show, her Instagram post received thousands of likes and comments of support.

“Absolutely gutted to see Iqra go! She was just getting started and we had so much more left to learn about her!” Walford Weekly Podcast commented.

Entering the BBC drama and immediately making waves, she and her onscreen sister Habiba Ahmed (Rukku Nahar) took over the local restaurant.

Her storyline developed with her later coming out as a lesbian and introducing Walford to her long-term girlfriend Ash Kaur (Gurlaine Kaur Garcha).

Speaking about her exit, Priya said: “I felt that I had done all I could do with the role and that it was time to try out new characters.

“She’s been a dream to play, but I’m dreaming big for the future.

“I’ve been on the show for three years, so it feels really strange not having that same routine.”

She added to Digital Spy: “That said, I am so excited and looking forward to the future and what’s to come next!”

Priya went on to reveal she had been a fan of the show since a little girl, and after being cast in the long-running soap, she would get giddy with excitement every time she stepped onto set.

This feeling helped her to put her “all into each and every scene.”

She mentioned her experience had been a “fun journey” and she got to work with “some absolute ICONS!”

Her coming out storyline had the biggest impact on her time in Walford.

“As an actress, the scene allowed me to be creative with my acting style and emotions,” Priya described.

Thrilled to be involved in a plot that tackled such an important topic, she said: “It certainly got everybody talking and acknowledging that there are people from the Muslim faith who can be part of the LGBTQ community.”

Not much is known about what lies ahead for the actress, but she is “looking forward” to wherever her career takes her.

Keeping her cards close to her chest, she added: “My focus is on my health, wellbeing and in progressing in my career. When I can, I can’t wait to update all my fans on what’s next.”

Priya’s final scenes as Iqra Ahmed aired last week with the option to watch it back on BBC iPlayer.

EastEnders continues tomorrow, January 13th, at 7.30 pm on BBC One.