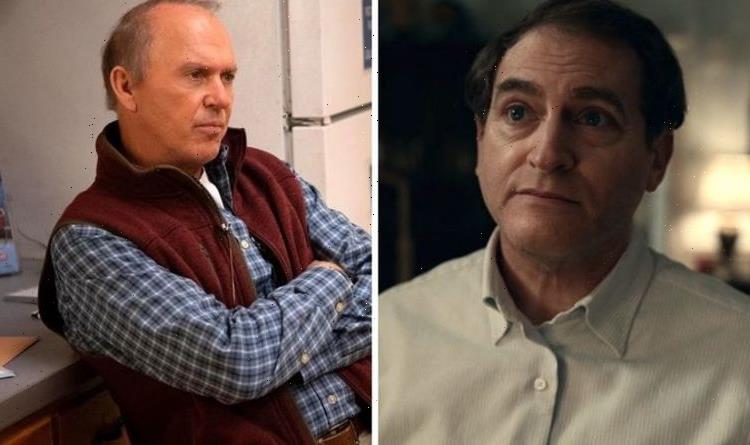 Dopesick originally premiered on October 13 in the USA on Hulu. It is now premiering in the UK and overseas on Disney+, introducing audiences around the globe to the drug-focused drama. The story focuses on how one pharmaceutical company, OxyContin, triggered one of the worst drug epidemics in American history.

Who is in the cast of Dopesick?

Dopesick is an adaptation of Beth Macy’s novel, Dopesick: Dealers, Doctors and the Drug Company that Addicted America.

While the new series is a theatrical adaptation of the work, the book was based on Macy’s real account of addiction and how drugs were, and continue, to cripple America.

As such, Hulu has brought together an impressive team in front and behind the camera to correctly bring this story to the screen.

Hollywood legend Michael Keaton is leading the cast as Dr Samuel Finnix, a small-town family doctor caught in the middle of the escalating drug epidemic.

Initially sceptical of OxyContin’s claims, he soon finds himself regretting his belief when he sees the impact of the drug firsthand.

Samuel serves as the protagonist of the series, bridging the gap between the people of the town and the drug corporation’s agenda.

Keaton is a household name, known for his roles in Birdman, Spotlight, and 1989’s Batman.

In fact, he will be reprising his Batman role in next year’s The Flash.

He was able to finagle an FDA special approval which claimed that OxyContin was less addictive than other painkillers.

Stuhlbarg initially rose to fame with 2009’s A Serious Man, directed by the Coen Brothers, and since then has been in numerous hits.

His projects range from Lincoln, Call Me By Your Name, The Shape of Water, and the Fargo TV show.

Rick Mountcastle is a US Attorney that is investigating the Purdue Pharma company.

Played by Peter Sarsgaard, the actor has been starring in a range of indie hits and blockbusters since the late 1990s.

Recently he could be seen in the series Interrogation, and he will also appear in 2022’s The Batman.

Will Poulter will be stepping in the shoes of Bully Cutler, a pharmaceutical representative that lures small-town doctors into accepting his product.

Poulter has been acting since he was a boy, kicking off his career with Son of Rambow.

Since then his stardom has exploded, recently being cast as Adam Warlock in Guardians of the Galaxy Volume 3.

Betsy Mallum only wants to leave her small town, but following an injury at work, she becomes addicted to OxyContin.

Played by Kaitlin Dever, the star is another actor familiar with large-scale projects, appearing in films such as Booksmart and Beautiful Boy, along with voicing Cassie in the video game Uncharted 4: A Thief’s End.

Some of her other credits include Last Man Standing, Monsterland, and Unbelievable.

Rounding out the main cast is Rosario Dawson as DEA Agent Bridget Meyer.

Bridget enters the scene initially dismissing the scale of the problem, but soon realises just how serious the drug epidemic truly is.

Dawson is known for The Mandalorian, where she plays Ahsoka, as well as the shows Eden, The Last Kids on Earth, and the upcoming series DMZ.

Dopesick will premiere on November 12 on Disney+ in the UK.