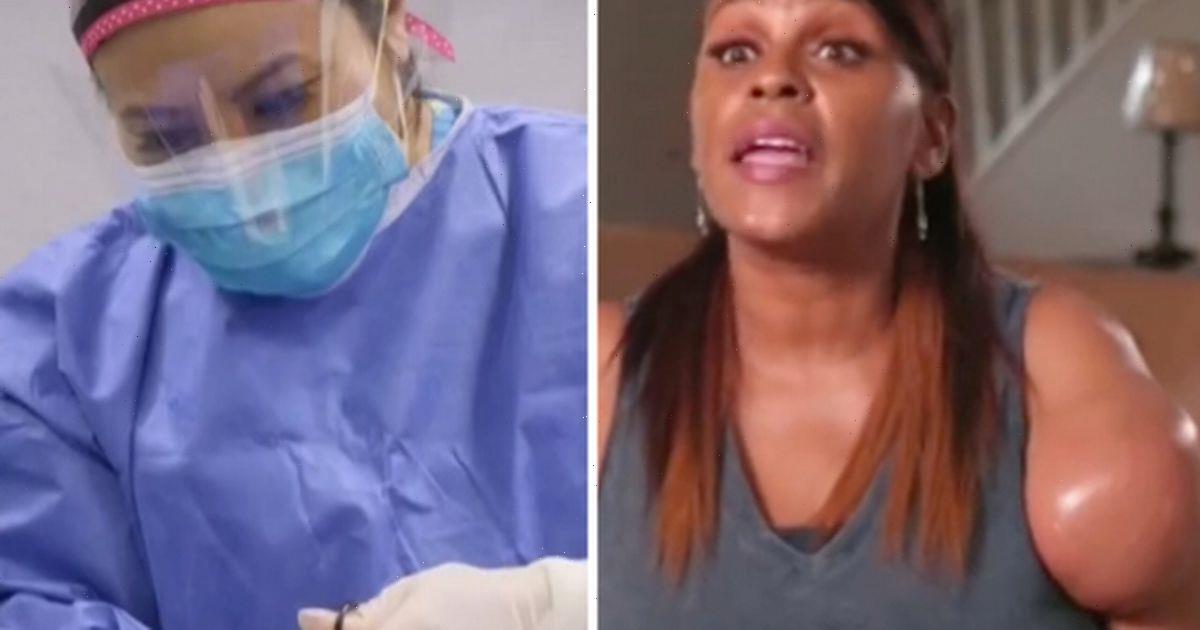 Dr Pimple Popper fans have been left gagging after seeing a cyst likened to a baby’s head being removed.

The doctor, real name Sandra Lee, shared a teaser for the particularly disgusting episode on Instagram before it aired on TLC yesterday (August 25).

In it, Stacey discusses her huge 5lbs cyst which is at the top of her right arm.

“The bump looks like the top of a baby’s head,” she said.

“Like I’m delivering a baby that I’ve carried around for 16 years.”

Stacey, from Conyers, Georgia, said she had let the bump grow for years after being put off by the cost of removing it.

She finally decided to visit the celebrity doctor, who identified it as a lipoma – a fat-filled growth that sits between your muscle layer and skin layer.

The full episode showed Dr Lee going to work at freeing the woman of her sizable bump.

She first numbed the area and cut through the lipoma’s centre with a blade.

Underneath was a slimy fat mass, which Dr Lee pressed against to remove fibrous tissues from it.

She also used scissors to cut away the fibers, which led to more blood appearing.

Throughout the whole procedure, Stacey was awake.

The doctor finally managed to cut away the growth and let it fall into her hand with a satisfying chunk.

Once weighed, it came in at five pounds and five ounces.

Viewers were unsurprisingly left rather nauseous by the episode.

One tweeted: “My grandma likes to watch Dr. Pimple Popper while we eat [vomiting emoji].

Another shared a GIF of a man vomiting while someone else wrote: "Has anyone run across the Dr. Pimple Popper channel, I just did, and I just about lost it.”

It comes after Dr Lee was filmed taking tweezers to a stubborn cyst that she joked was “resisting arrest”.

For more weird and wonderful stories, sign up to one of Daily Star’s free newsletters here.