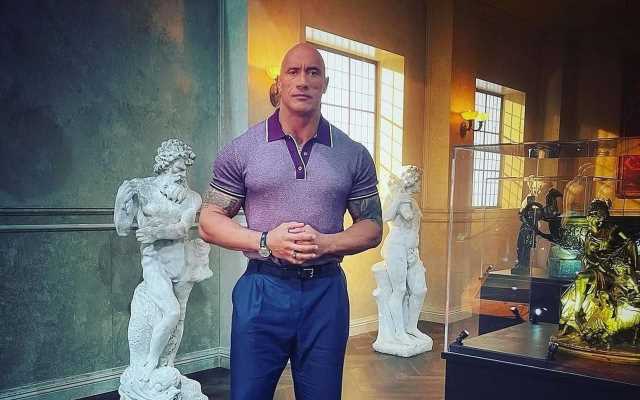 The production firm founded by The Rock has pledged to never use real firearms again after cinematographer Halyna Hutchins was hit with fatal bullet on set of Alec Baldwin’s movie.

AceShowbiz -Dwayne Johnson has pledged that his production company will never use a real gun on set again following the tragic death of Halyna Hutchins.

The cinematographer was shot and killed by Alec Baldwin on 21 October (21) on the set of the Western movie “Rust” when the actor fired a prop gun he believed contained a blank.

Since then, Baldwin has called for changes to the industry, and Johnson – known for his roles in gun-toting action thrillers – is keen to push for reform as well.

“I can’t speak for anyone else, but I can tell you, without an absence of clarity here, that any movie that we have moving forward with Seven Bucks Productions – any movie, any television show, or anything we do or produce – we won’t use real guns at all,” Johnson told Variety at the premiere of his new movie Red Notice on Wednesday night (03Nov21).

Johnson added that he was on the phone to colleagues at his company Seven Bucks Productions within hours of Hutchins’ death to see what changes they could make.

“I love the movie business,” he continued. “There are safety protocols and measures that we have always taken in the movie business and we take very seriously, and these sets are safe sets, and we’re proud of that. But accidents do happen. And when something like this happens of this magnitude, this heartbreaking, I think the most prudent thing and the smartest thing to do is just pause for a second and really re-examine how you’re going to move forward and how we’re going to work together.

“Any movie we do that Seven Bucks does with any studio, the rule is we’re not going to use real guns. That’s it.”