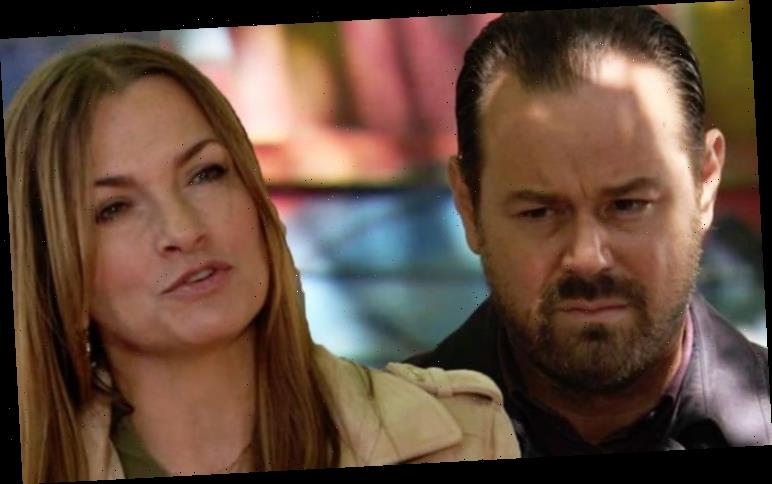 Mick Carter (played by Danny Dyer) came face-to-face with Katy Lewis (Simone Lahbib) in tonight’s instalment following Frankie Lewis’ (Rose Ayling-Ellis) revelation that the EastEnders favourite is her father. Katy dismissed her daughter’s accusations and accused Mick of lying about the abuse he suffered at her hands, however BBC soap fans appeared to have uncovered the truth.

In tonight’s episode, Katy cruelly told Mick he had imagined their illicit romance.

Mick was adamant he wasn’t lying and recalled the first night he spent with his care worker.

She said: “I wasn’t that old in the scheme of things and I was paying you a bit of attention.

Read more: Kim Fox family tree: Who is the EastEnders character related to? 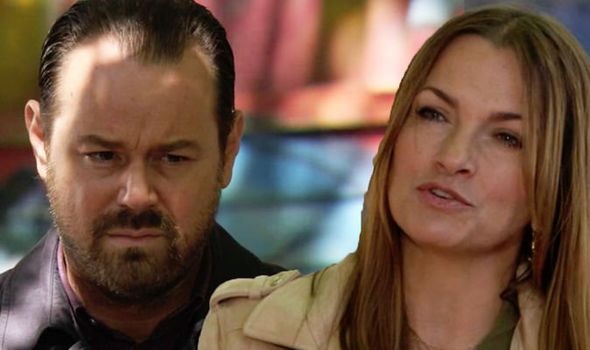 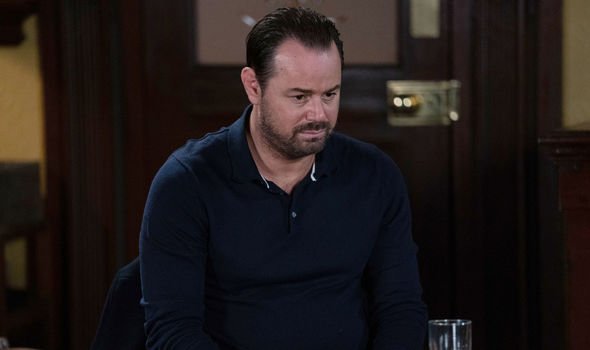 “You probably got all your feelings mixed up. Fantasised a bit, it’s normal for a young lad.

“But what you’ve done next is confused your fantasy with reality and you’ve played it over and over again in your mind that you’ve created a memory.”

Katy added: “Back then there weren’t so many rules, none of this safeguarding. I was naive, I just wanted to help you so badly I didn’t think of the consequences. I didn’t protect myself.”

However, EastEnders fans flocked to Twitter to expose a plot hole as they offered up a solution to prove whether Katy is lying. 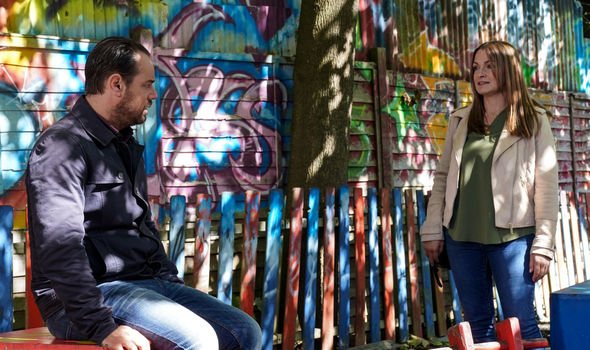 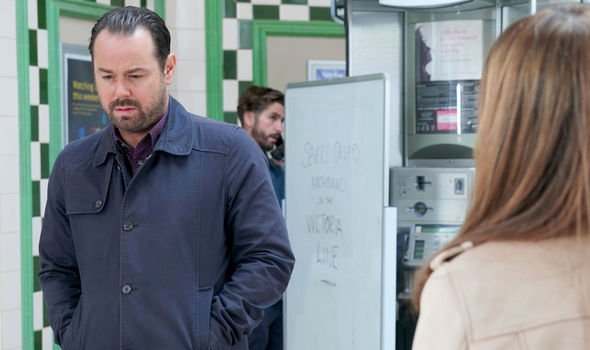 One said: “Just do the classic soap thing Mick, go get a DNA test without Katy knowing. Frankie would want to know once and for all anyway. #EastEnders.”

Someone else tweeted: “Can’t they just do a DNA test? #Eastenders.”

“A simple DNA test will confirm whether Mick’s ‘imagination’ is playing tricks with him or Katy Lewis is indeed a paedophile preying on little boys. #EastEnders,” a third said.

Another added: “Get a DNA test, Mick, where’s Jeremy Kyle when you need him? #EastEnders.”

“Okay, Katy if Mick is lying then a simple DNA test will prove who is telling the truth….. @bbceastenders

“Time for Mick to get a DNA test without Katy knowing, but nothing in #EastEnders is ever that straightforward,” another wrote.

Katy invited Mick to walk her to the train station after receiving a message from Frankie.

Mick refused to meet Frankie with her but Katy demanded he “set the record straight” with her daughter.

Will Frankie expose her mother’s lies or will Mick find himself believing Katy’s sinister side of events?

Discussing the storyline, executive producer Jon Sen said: “Viewers have always been aware that Mick spent many years in care, which has been the cause of his fractured relationship with Shirley but now the audience will discover just why Mick’s childhood has been so traumatic.

“This storyline will see Mick having to confront the demons of his past, something he has desperately tried to avoid for many years and face up to the realisation that he experienced abuse whilst he was in care.

“Our work with SurvivorsUK and NSPCC has been vital in informing and grounding Mick’s story very much in reality.

“We hope this storyline will help to challenge the perceptions, the stigma and the shame – particularly experienced by male survivors.”

EastEnders continues on BBC One on Tuesday at 7.30pm