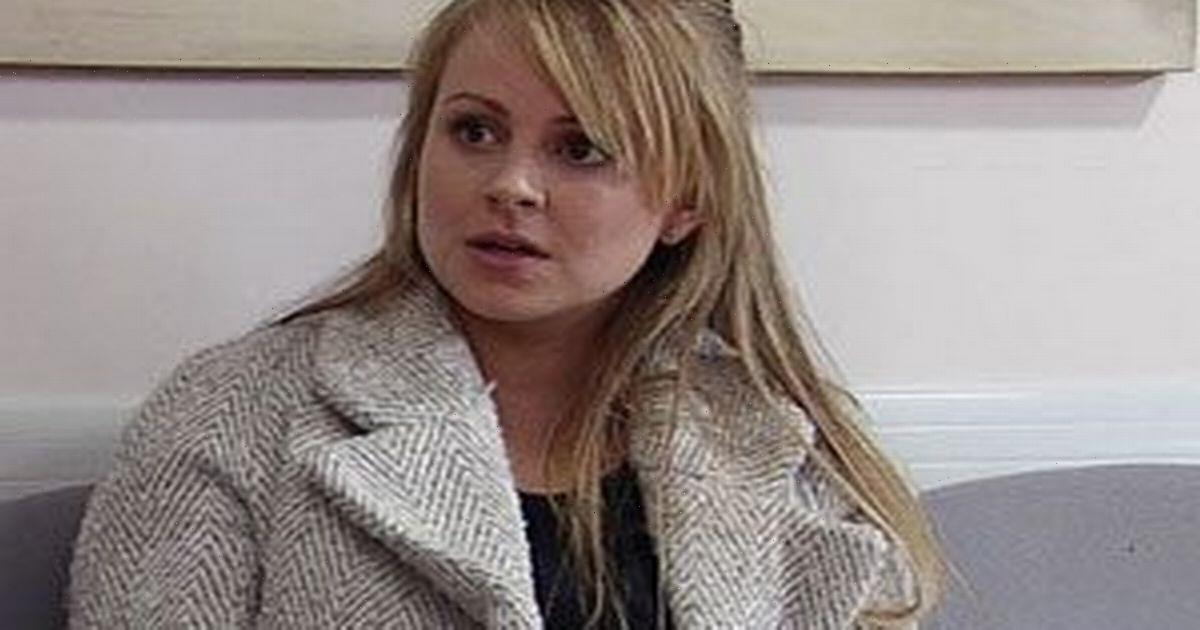 A background star looked remarkably like the cobbles character and for a second it seemed the blonde Sarah, played by Tina O'Brien, had decided to hop on the train from Manchester for a trip down south.

After careful studying, viewers would be able to see it isn't actually the same actress, but the similarities in facial features and hairstyle were uncanny.

Taking to Twitter, one fan shared their confusion over the actresses' likeness to each other.

"Had to look twice to see if it was her haha," they commented.

And even soap writers themselves were asking if anyone had spotted the likeness.

During a scene in the cafe, a drunk Eve was on the rampage.

But in the background a woman with long blonde tresses just like Sarah's was laughing and smiling.

The extra wasn't even bothered by the dramatic scenes unfolding, having a conversation with another man.

Eve was yelling at Suki at the time, before Stacey Slater then entered to see Eve saying that her children would likely prefer to "die" than live with her.

Stacey tried to urge Eve to go home and sleep it off, but Suki goaded her further and claimed it wouldn't be their home for long.

What's more, Eve was forced to explain her behaviour when her probation officer later showed up.

Stacey did her best to help her friend but it likely won't be long before Eve ends up going back to prison.

It comes as soap fans have been getting increasingly frustrated this week as Coronation Street and Emmerdale have been foregoing airing some episodes to screen the football instead.

Friday night's episodes were cancelled and Monday night did the same as sport fans watched England play San Marino in the World Cup qualifier instead.

EastEnders continues Tuesdays and Thursdays at 7.30pm on BBC One.

For all your latest updates on EastEnders and Coronation Street, sign up to OK!'s daily newsletter.