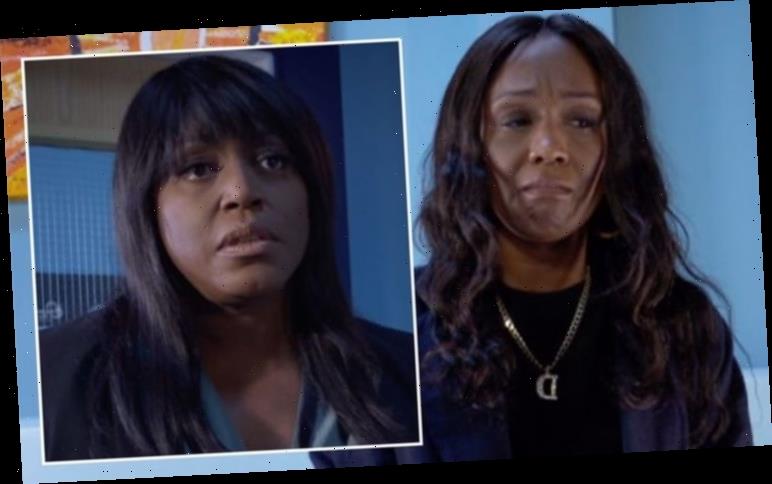 EastEnders fans saw Denise Fox (played by Diane Parish) given a difficult reminder of the past tonight when she accidentally stumbled upon some harrowing news. The salon-worker overheard Callum Highway’s (Tony Clay) conversation with Honey Mitchell (Emma Barton), where he gave out some details of a heartbreaking car crash which led her back to her son Raymond, the child who she had given up for adoption over three years ago on the BBC soap.

How is Boris Johnson handling the coronavirus crisis? Vote in our poll

This evening’s episode saw Denise back in the spotlight, where she was seen clashing with her partner Jack Branning (Scott Maslen).

Jack’s young daughter Amy (Abbie Knowles) had accused Isaac Baptiste (Stevie Basuala) of “being a pot-head,” which soon led to the teacher being given a stern warning.

However, this was all due to Amy’s secret crush on her tutor, which Denise soon became aware of – and stuck up for Isaac.

But elsewhere, Denise was given a shocking reminder of her past when she found out some life-changing news. 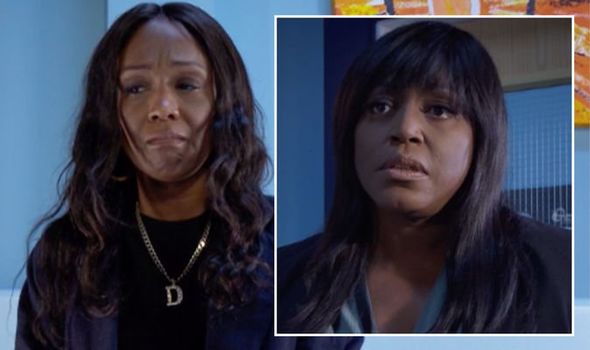 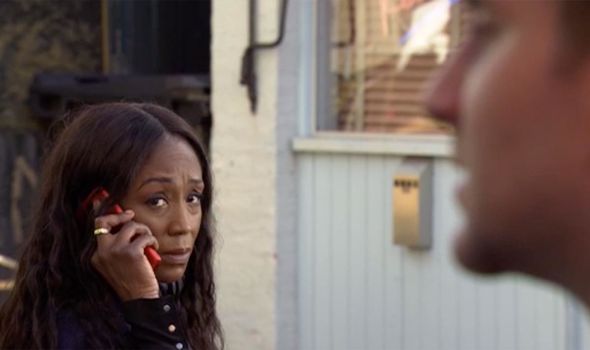 Denise was on the phone to a frantic Isaac, who was worried about his career after Phil Mitchell (Steve McFadden) seemed to have dobbed him in.

But something else caught her attention when a distraught looking Callum told Honey about a car crash he’d just had to deal with at work.

He said: “Family of four, yeah, a 13-year-old girl dead, mum’s dead, the dad and the son are touch-and-go at Walford General Hospital.”

Asked by Honey over what happened, he said: “A hit-and-run, it was terrible. The dad was a vicar and had a cross in the rearview mirror, it didn’t help them, did it. 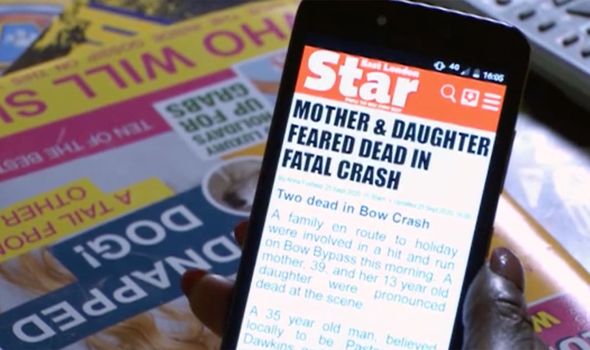 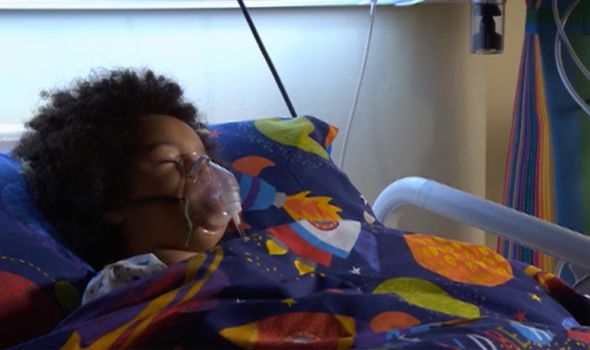 “The little boy must have only been about three-years-old and was still clinging onto his cuddly lion, must have been his favourite.

“They had the bike strapped up to the car, must have been going on holiday or something. Imagine that? The whole family just gone,” Callum added, with Denise soon realising the worst.

Denise rushed back home and was seen reading a letter from Raymond’s dad, who had also referred to the lion toy and holiday.

After searching the crash online confirmed her fears, she paid a visit to the hospital – where she was soon interrupted in her thoughts.

Ellie Nixon (Mica Paris) confronted Denise and asked if she was a friend of Lydia’s, Raymond’s adoptive mother.

Denise soon turned the topic onto the youngster who was seen unconscious in a hospital bed.

Ellie told her: “He’ll survive and so will my son, he’s not the only one who has faith, I’ll get us a coffee.”

Upon arriving back, Ellie asked: “Are you religious too, then? He’s a God-fearing man, my son. Look where all that praying got him, left for dead like cowards, a daughter left for dead and a son with no mother.”

Ellie went on to let Denise go in and see Raymond before the doctor told Ellie there was some “bad news” concerning her son.

The doctor later asked Denise if she was family, with her tearfully replying: “I am.”

However, things will soon get more difficult for Denise in the aftermath of the revelation as her partner Jack starts to wonder where she’s been heading off to.

He will question her next week and suspect she has been having an affair after she’s nowhere to be seen.

But what will Denise decide to do? Will she decide to fight for custody of her son and have to reveal all to Jack?

EastEnders airs Mondays and Fridays at 8pm and Tuesdays and Thursdays at 7:30pm on BBC One.