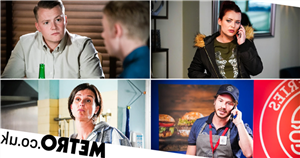 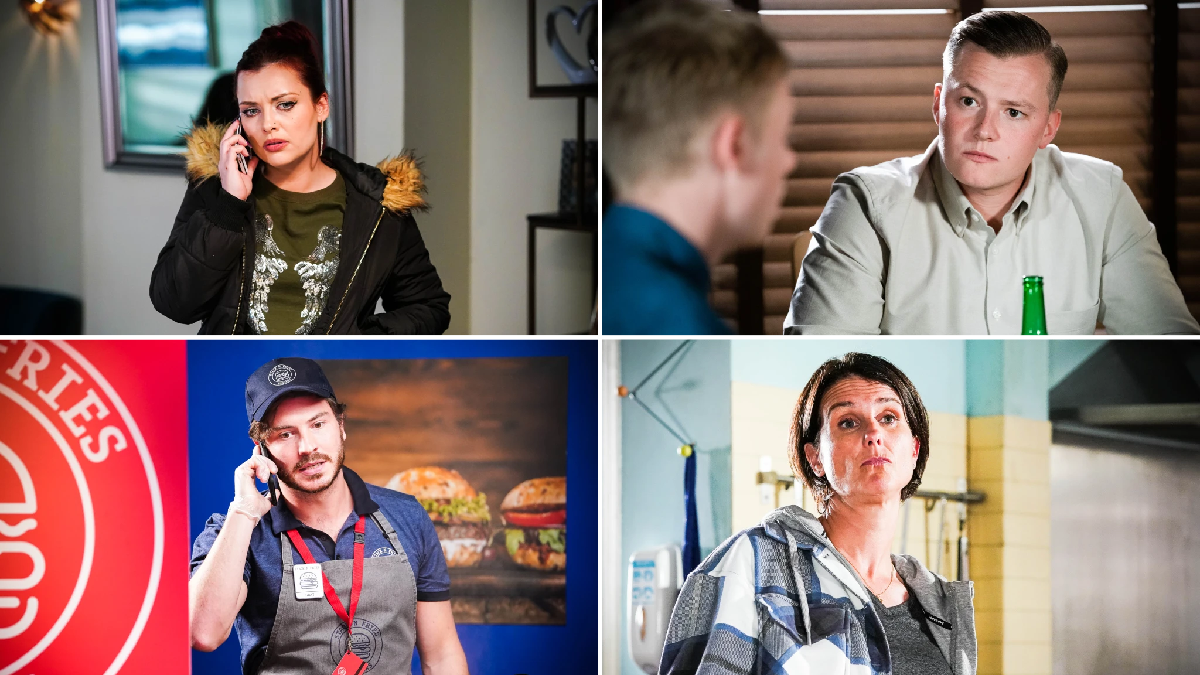 Bobby Beale (Clay Milner Russel) and Dana Monroe (Barbara Smith) are closer than ever in EastEnders, but at a family lunch, Aaron (Charlie Wernham) makes his bigotry towards Bobby’s Muslim faith clear.

Elsewhere, Gray Atkins (Toby Alexander Smith) is keeping Chelsea Fox (Zaraah Abrahams) in the dark about his situation, but could Whitney Dean (Shona McGarty) blow everything?

Dana wants to invite Bobby to lunch but Aaron tells her not to. Later, Dana asks her dad why Bobby can’t come and Harvey explains that he’s too soft to be around Aaron. Bobby overhears and opens up to Iqra about Dana and his mental health. Iqra advises Dana to play hardball with her family so Dana confronts Harvey – Bobby comes to the lunch or she won’t. Harvey agrees and tells her he’ll speak to Aaron.

Still worried about their living situation, Stacey asks Kheerat to speak to Suki but she’s interrupted by a phone call and panics. She finds Eve drunk at the café, having a go at Suki as Eve reveals that she’s meeting her probation officer. Stacey takes Eve home, desperate to sober her up. When the probation officer arrives, Jean covers for her. Suki and Kheerat appear as the probation officer is leaving. Kheerat’s angry that Eve had a go at his mother and Suki tells the Slaters they have to leave by the end of the week. Stacey begs Kheerat to do something.

Jean tells Eve she can stay with the Slaters as long as she wants – even though they no longer have somewhere to live. Phil arrives back from Portugal to chaos. Kat asks him if the Slaters can live with him but he says no. Jean overhears and tells Kat she’s a good person but they couldn’t mess up her relationship. Later, Jean has a word to Phil – don’t make Kat choose between him and her family. Stacey bumps into Kheerat and asks him for another drink. Angry after everything that happened,

Kheerat says he’s not interested but it’s clear he is struggling to resist her.

It’s awkward as everyone arrives at Harvey’s for lunch and Aaron is annoyed to see that Bobby is there. Lunch turns tense when Aaron questions Bobby about his religion but Bobby is prepared and responds well. Something isn’t adding up for Harvey when Aaron insists on taking the bins out, he investigates and finds Aaron’s bloodied shirt

Chelsea is furious Gray moved her in without her knowledge, but she softens as she sees he’s bought her an engagement ring.

Later, Chelsea gets a call from Gray to pick up a sick Mia from school. Whitney appears and congratulates her on the engagement but adds that she hopes she thought it through. Chelsea promises she’s happy about the decision. She asks Whitney to help her with Mia. As they both look after her, it’s clear Chelsea is not a natural as she struggles when Mia is sick. Whitney calls Gray’s work to let him know but is she’s shocked when she’s told he doesn’t work there anymore.

Harvey demands answers from Aaron. Aaron tells his dad it was just a fight but he lied to the police to say he was with him the night before. Harvey’s conflicted as Aaron ask him to be his alibi. Later at the cab office the police appear to ask Harvey questions about Aaron’s whereabouts the other night.

At the cab office, Kat shows off her new ceramic leopard but when she leaves Jean accidentally breaks it. Harvey and Vinny help Jean fix it. Sparks fly between Harvey and Jean but when Aaron appears and makes a comment about them dating, Harvey feels awkward. Harvey and Jean sneak the leopard back to its rightful place. Harvey asks Jean out.

Chelsea and Gray discuss child minding with Gray convincing Chelsea to look after Mia today. Whitney, now knowing Gray’s secret, listens in and asks Gray for the money she’s owed and he tells her it should clear by next week. At the market, Chelsea suggests Mia and her go on a shopping spree using Gray’s credit card. As Whitney watches on, Tiffany advises her to be 100% certain before she confronts Gray over lying about losing his job. Later, Gray is working at the burger bar when he gets a call from Whitney, he lies about his whereabouts but she can tell where he is. Whitney intercepts Mia and Chelsea as they arrive home shopping. She’s torn over whether to tell Chelsea the truth about Gray.

Dotty is stressed about her mum’s safety so Sonia offers her money to help. Dotty bumps into Rocky and tries to persuade him to get back with Kathy to get more money from Peter.