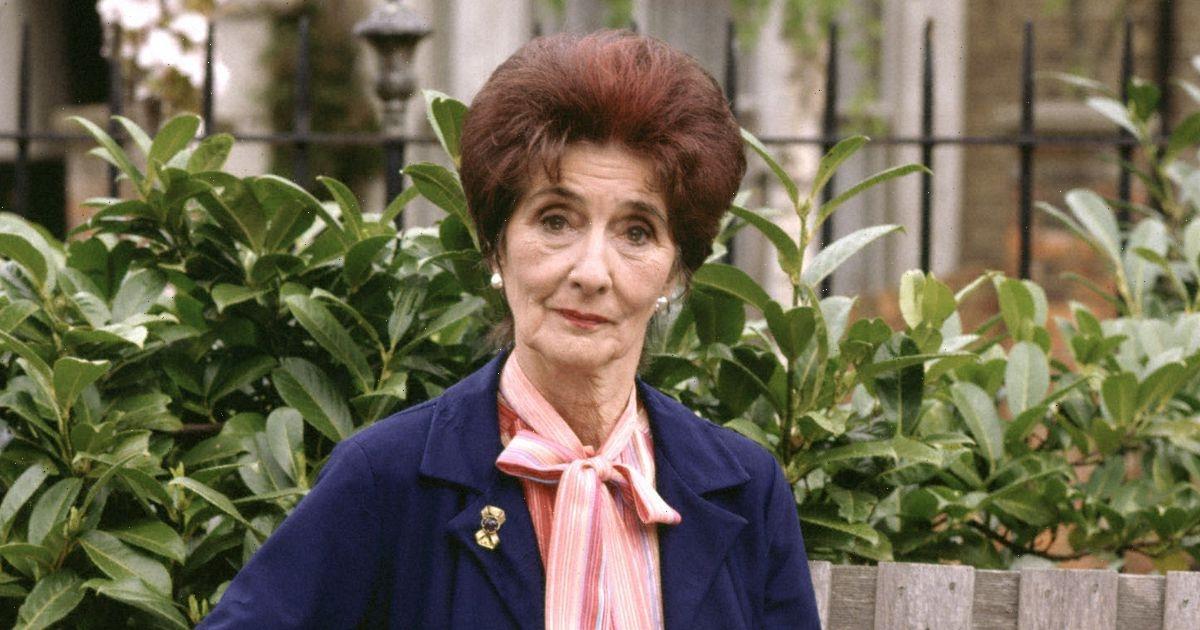 EastEnders has released a first look at Dot Cotton's heartbreaking funeral where characters both past and present from the BBC One soap are set to reunite in emotional scenes.

The special episodes will pay tribute to actress June Brown, who passed away in April, after playing the much-loved character of Dot from 1985 to 2020.

In the upcoming scenes, Dot's step-granddaughter Sonia Fowler gets a call to say that Dot has passed away, so she sets about making funeral arrangements for her beloved grandma, whilst also leaning on ex-husband Martin Fowler for support.

Dot's old friends Colin Russell, Mary Smith, Lofty Holloway, Disa O’Brien and Barry Clark, make special arrangements to attend the funeral, whilst Dot’s other step-granddaughter Lauren (played by Jacqueline Jossa) jumps on a plane to represent Jim’s side of the family and to pay her respects.

Lord Michael Cashman, known for playing Colin Russell in the BBC soap, has said he was “humbled” to be invited back to EastEnders to appear during the funeral of Dot.

Lord Cashman said: “When I got the first message asking if I’d be interested in returning, it was an unequivocal, unqualified ‘yes’.

“She created a television icon that will stretch beyond the test of time. I had to be there and I was humbled that they thought of me.”

He described June as “the ultimate professional” and said her legacy would be “to show what brilliant work and commitment can achieve”.

Jan Graveson, who played Disa O’Brien, talked about the importance of returning to the show, to honour both the character of Dot, and the life of June.

“It’s eerie. She was amazing at it. I hit it off and became very good friends with June from working on EastEnders. Our friendship lasted until the very end.

“I was extremely close to her because she was a one-off and very extrovert, and we had the same birthday, which she always talked about.

“In times of trouble in my life, I’ve gone to June, stayed over at her house, and she’s let me be there for days.

“I’ve done a lot of work for animal welfare and June came to all of those events with me. She was a brilliant human being.”