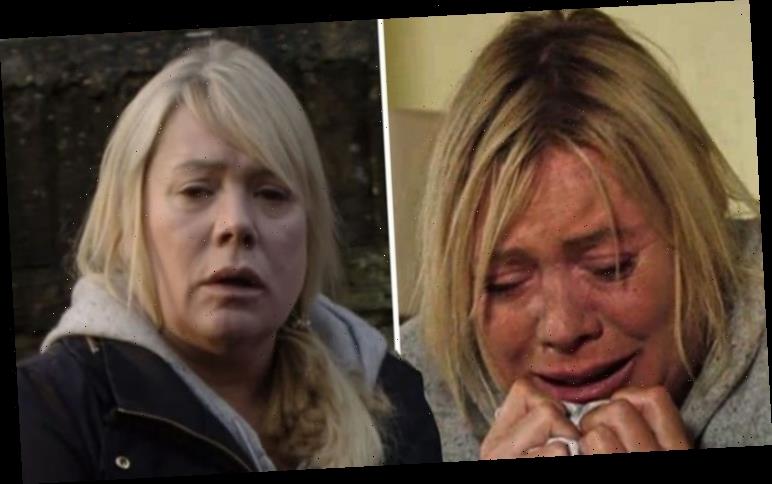 EastEnders residents have been through the mill this year, and it’s only going to get worse for Sharon Mitchell (Leticia Dean), as she struggles to continue on without Denny (Bleu Landau). And what’s worse, she has to try and put on a brave face for her new little one Kayden, but will she make a drastic decision for his future?

As the residents of Walford are still reeling from the aftermath of the boat party tragedy that saw Denny drown, life unfortunately has to move on and that means Sharon is stuck with the harrowing job of planning her beloved son’s funeral.

In upcoming episodes, viewers will watch the deeply saddening scenes play out, as Sharon embarks on a mother’s worst nightmare.

After breaking down in tears while discussing the funeral arrangements with Linda Carter (Kellie Bright), The Vic landlady offers to look after baby Kayden in order to help out the struggling new mum.

Later, as she accompanies Sharon to register his birth, it’s clear her mind is elsewhere. 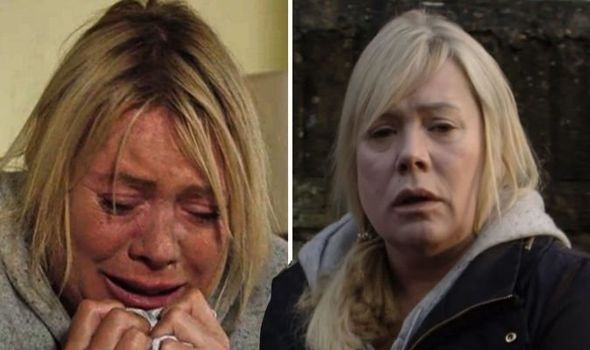 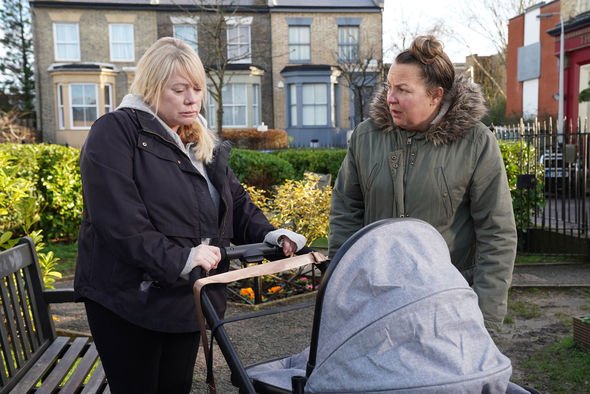 Her sorrow grows stronger as she receives a heartbreaking phone call, informing her Denny’s body is being released.

Struggling to cope, Sharon lets Karen look after Kayden leaving her thrilled that she gets to spend more time with her grandson, who she technically named.

But will Karen’s hopes for having a future with the newest member of her family all come crashing down?

Upon the visit to see Denny’s body, Sharon is understandably left inconsolable. 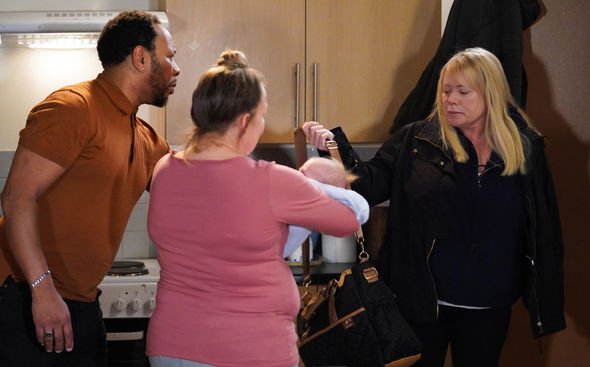 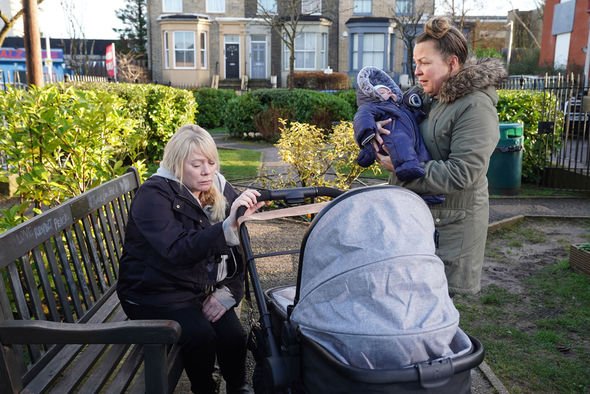 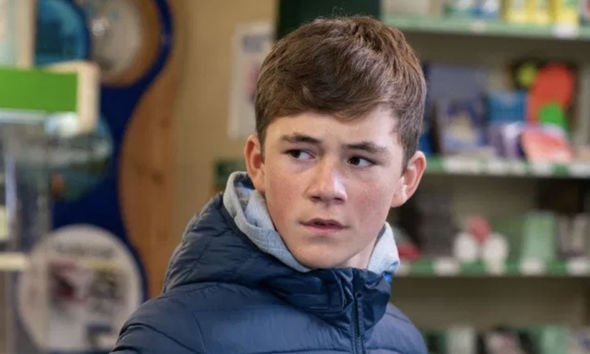 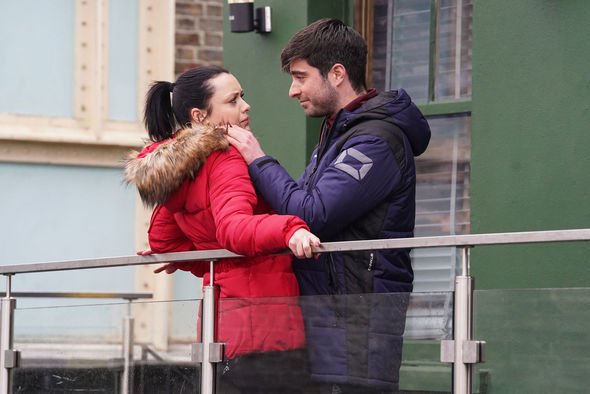 As her friends gather round to support her in her time of need, will her grief lead her to make a drastic decision?

After losing one child and welcoming another into the world on the same day, it’s clear it’s all too much for the Mitchell mum to bear.

As she’s overwhelmed with emotion, she will make the heart-wrenching decision to put baby Kayden up for adoption – but will she go through with it?

Elsewhere, Whitney Dean (played by Shona McGarty) has been under intense pressure after she handed herself into the police, confessing she killed Leo King (Tom Wells) in self-defence.

After months of stalking and tormenting her, the villain was stopped in his tracks as Whitney ended his rampage in Sonya Fowler’s (Natalie Cassidy) kitchen.

But in last night’s episode, her lawyer Gray Atkins (Toby Alexander Smith) dropped her case, leaving her high and dry and her future uncertain.

Is this the end of Whitney Dean on the BBC soap?

Whilst waiting for Gray to turn up for their meeting, a prison guard told her that her visit had been cancelled.

Whitney said: “No it hasn’t. He can’t have cancelled. He’s my solicitor.”

But the guard was quick to explain: “He left a message. He’s not going to be representing you anymore.”

What does this mean for Whitney? Gray was seemingly perfect to represent her, but it all depends now if she can find someone else, and quickly.

Who will be able to save her?

EastEnders continues on BBC One tonight at 7.30pm.