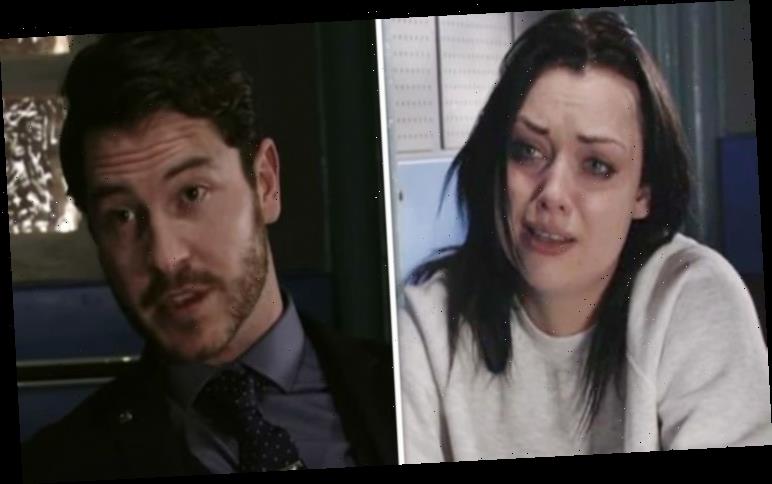 EastEnders resident Whitney Dean (played by Shona McGarty) had been through hell after ex-boyfriend Leo King (Tom Wells) set out to follow her every move, resulting in her killing him in self-defence last month. As she now awaits a trial for murder, her fate hangs in the balance but Gray Atkins (Toby-Alexander Smith) will soon find out his solicitor’s firm has dropped the case. Will he manage to get Whitney out of her ordeal or will there be something worse on the cards?

Whitney was eventually confronted by Leo after he had spent weeks stalking her around Walford, making her scared to leave the house.

He had upped his efforts to put fear into his ex as he was seen watching her through a hole in her attic.

On the day of the boat party, Leo turned up in Whitney’s room, knife in hand, and threatened to kill her.

Whitney finally managed to put an end to her horrific ordeal but there have been huge repercussions as she decided to confess what she had done to the police. 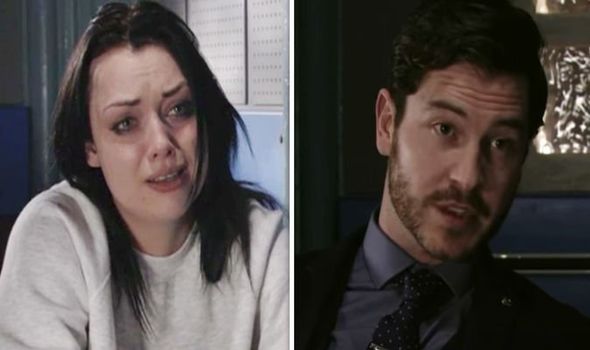 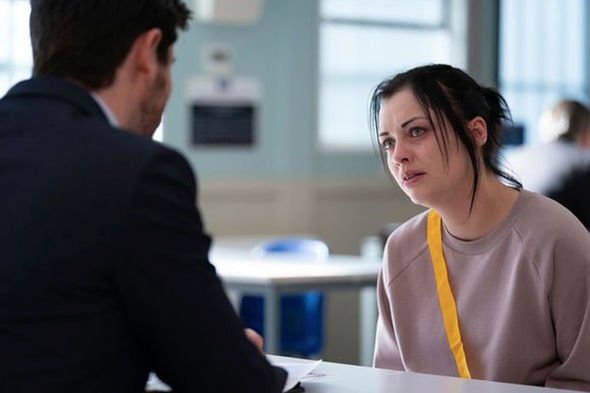 After Walford was rocked by the death of teenager Dennis Rickman (Bleu Landau), she has added further turmoil to those closest to her.

The market stallholder was arrested and charged with Leo’s murder, despite insisting she was acting in self-defence and had raised her concerns about his behaviour previously.

As she needed representation, Walford’s resident legal-eagle, Gray, agreed to look after her case and attempt to get her out of a potentially lengthy spell in prison.

However, with the pressure piling up, Gray has struggled to cope with the new stresses of the case and taken it out on his wife Chantelle (Jessica Plummer), who continues to live in fear of him. 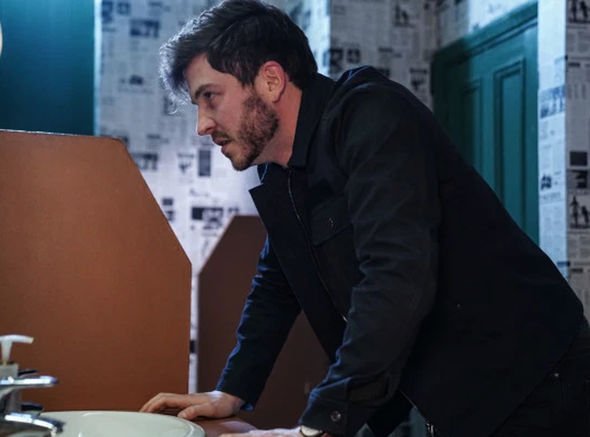 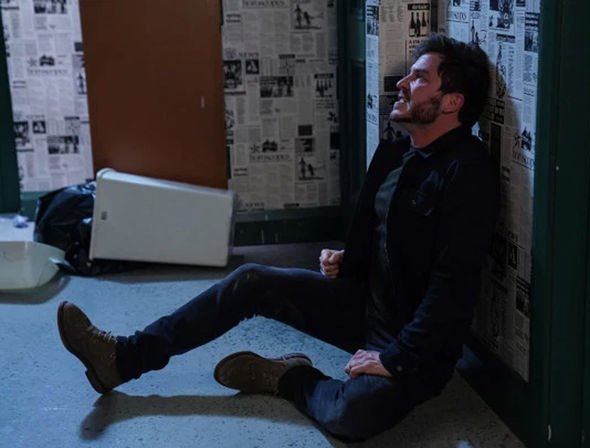 Unfortunately, there’s more bad news to come as Gray will discover his solicitors firm have dropped her case after he loses his position at the firm.

In upcoming episodes, his wife Chantelle will be seen comforting Gray after he leaves his job as he admits he can’t face telling Whitney what has happened.

He pleads with Chantelle not to tell her parents Karen Taylor (Lorraine Stanley) and Mitch Baker (Roger Griffiths), the news as she realises her husband is not in a good place.

Gray will encourage Whitney’s close friend Kush Kazemi (Davood Ghadami) to try and take the hit in an attempt to lessen her sentence.

Viewers saw Kush caught up in an altercation with Leo earlier this year which led to the latter falling off a balcony.

He ended up in the hospital and the finger of blame was pointed towards Kush, despite it not being obvious whether it was his intention.

Spoilers revealed Gray will advise Kush to plead guilty to GBH as he is set to appear in court in tomorrow night’s instalment.

Kush is reluctant to do so as he doesn’t believe he has done anything wrong – what will he decide?

After Whitney’s case has been dropped, it’s up to Gray to get the job done as Chantelle tells him to represent Whitney without the backing of his firm.

He realises if he is successful with the case he might have a chance to get his job back.

With Whitney’s fate hanging in the balance, will she manage to escape her looming sentence, or will Gray fail to stay composed and put her fate at risk?

Will Kush find himself in the clear after he takes to the dock or will both him and Whitney be in further trouble?

EastEnders continues tonight at 7:30pm on BBC One.