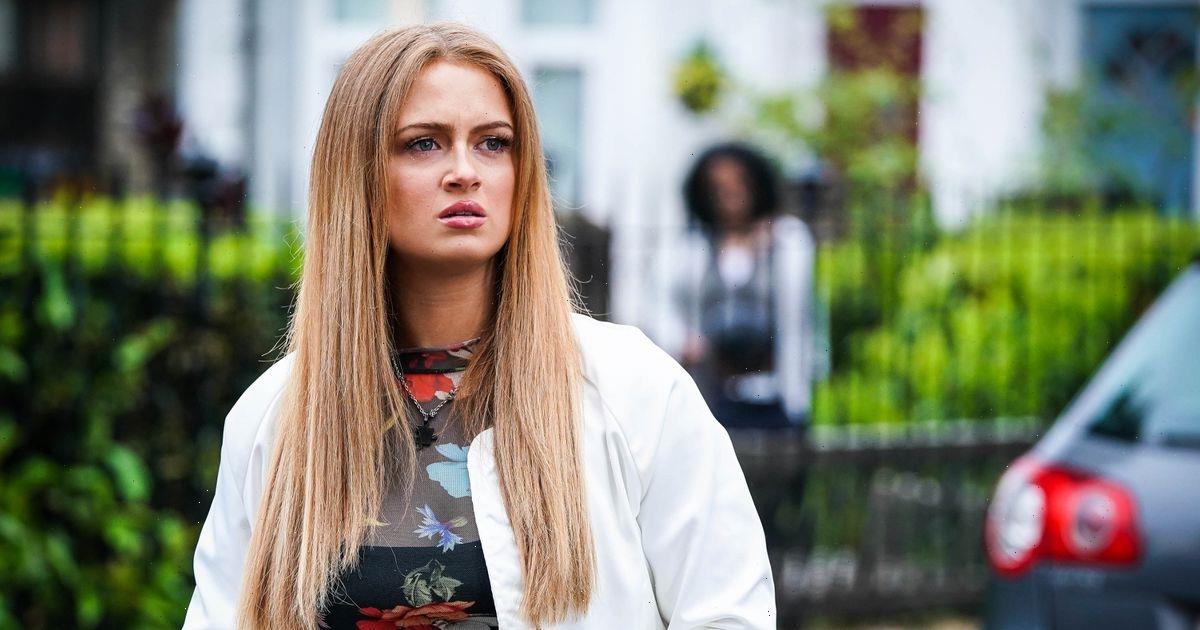 EastEnders star Maisie Smith gave fans a glimpse into her soap exit on Friday as she showed off a keepsake from the Walford set.

Taking to Instagram, the actress, 20, posted a picture of the iconic Albert Square sign at her home which had sweetly been signed by her co-stars, cast and crew.

It comes after EastEnders confirmed last month that Maisie will be leaving the BBC One soap after 13 years and that she filmed her final scenes as Tiffany Butcher on Friday 8 October.

Sharing a video of the signed Albert Square sign, Maisie sweetly added a caption which read: "So blessed."

The actress first joined EastEnders as Tiffany in 2008 when she was just six years old and she will depart Walford towards the end of the year after 13 years, it is not known exactly when and what her exit storyline will be.

It has been a turbulent few weeks for Tiffany on the BBC One soap due to the breakdown of her marriage to Keegan Baker and the return of her brother Liam.

Maisie said of the news last month: "It’s time to say farewell to Tiff! I’ve grown up on EastEnders since 2008, and have learnt from the best over the past 13 years.

"I’m very excited for my next challenge and thank the BBC for the opportunity they gave me as a 6 year old."

While show producer Jon Sen added: "We are all very sad to see Maisie leave. She's been a wonderful company member during her time at EastEnders and it's been a privilege to see her blossom into the star she is.

"She has created an iconic character in Tiff and the door is always open to her return. We wish her all the very best for her future projects."

It has since been revealed that Maisie will be appearing on the new series of Celebrity SAS: Who Dares Wins with the star spotted leading the star-studded contestants at the airport earlier this week.

The likes of Maisie, AJ Pritchard, Ferne McCann and Calum Best were all pictured at Heathrow airport on Wednesday 11 November, after returning from Jordan in the Middle East, where the gruelling show was being filmed.

Prior to this, the actress competed in the 2020 series of Strictly Come Dancing and she has a very successful TikTok account with 2.3million followers.

EastEnders continues on BBC One.

For all your updates and spoilers on EastEnders, sign up to our daily OK! newsletter.