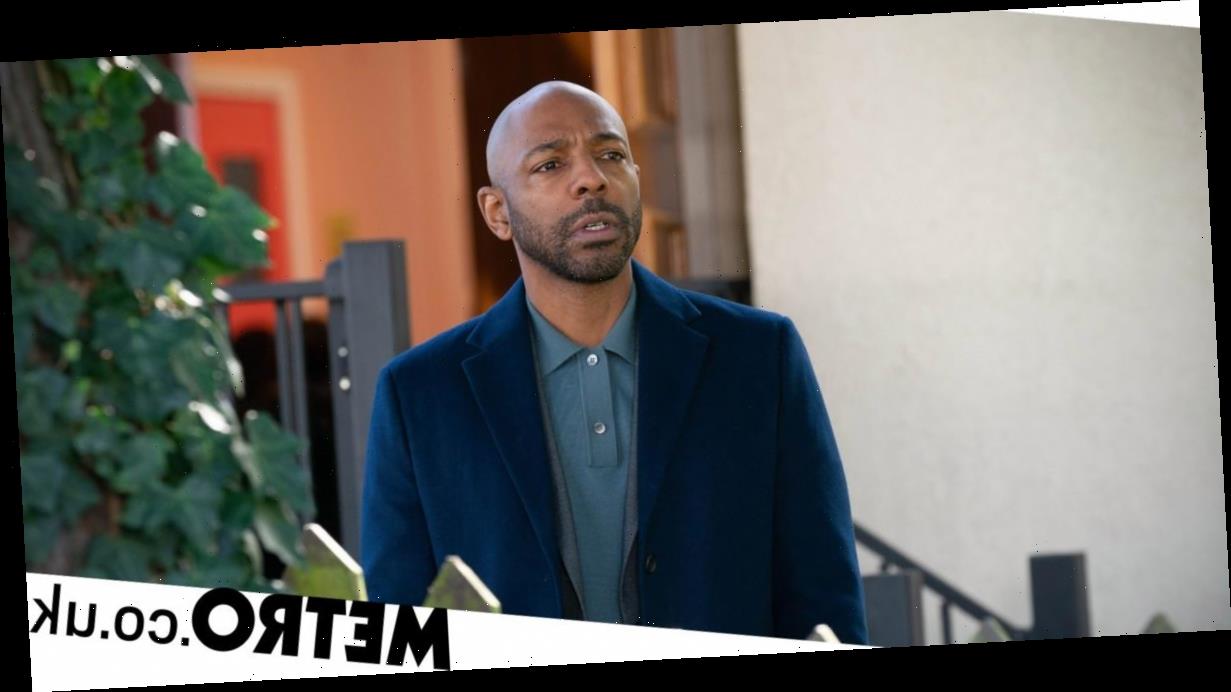 The serial killer will once again set foot in Walford during tonight’s (December 25) unmissable episode.

Denise gets quite the shock when she sets her sights upon him, but she’s equally perturbed when she learns that daughter Chelsea (Zaraah Abrahams) is in his presence.

It’s a Christmas season that Denise and her loved ones certainly won’t forget, that’s for sure!

Ahead of Lucas’ return, actor Don Gilet opened up about the serial killer’s arrival.

Lucas is back! How did you feel when you got the call?

Jon Sen (EastEnders Executive Producer) whom I’ve known for some years from when he directed me in 55 Degrees North, called me in the middle of the first lockdown when work had ground to a standstill for most people in this industry.

When he mooted the idea of a Lucas comeback I was shocked but absolutely thrilled, although I must confess I was attempting, probably badly, to play it cool! Outside I may have responded with “Hmmm, yes, that sounds interesting, I’ll give it some thought..” but unbeknownst to Jon, I was fist pumping to the extent I nearly gave myself tennis elbow!

What do you enjoy most about playing a character like Lucas?

All actors love being given the opportunity to play complex villainous characters and I’m no different in that respect. In real life I have not murdered anyone and have no villainous tendencies, so this was a happy challenge to step once again into Lucas’s shoes and out of my usual approachable, affable, cheeky-chappy persona.

It must have been hard to keep Lucas’ return a secret – how has the public reaction been since the news came out?

Either no one knows yet or they’re too scared to approach me, but as yet I’m still able to go to the shops for my basic provisions without raising any out-of-the-ordinary attention. Maybe after Christmas day things might be different, but I hope not!

What was it like being back on set? Other than all new methods of filming socially distanced, was it like you’d never left?

Whenever I start a new job, irrespective of it being a returning character, I always feel like the new boy at school, in my shorts, shiny shoes, socks pulled right up, equipped with my new fluffy pencil case full of stuff that I’m bound to lose within a very short space of time and hoping to find a friend. Returning to EastEnders was no different.

Lucas has Chelsea in tow too – what’s it been like to work with Zaraah?

Zaraah is a breath of fresh air. Clever, instinctive and undoubtedly very talented, i.e. an ideal match for working with me (laughs)  –  though I would never tell her this, we need to keep these youngsters on their toes!

What’s it like working with Diane and Rudolph again?

Working with Di and Rudolph again is like pulling out one of your favourite suits from the loft and trying it on expecting it’ll need letting out at the waist but totally thrilled to discover it still fits perfectly!

Will you be watching EastEnders with the family over Christmas?

I’m more likely to watch episodes of Enders that I DON’T appear in as I’m not a fan of watching myself (unless I’m shaving!) I expect, however, as Lucas’ return is on Christmas Day I’ll make an exception, though I expect I’ll be viewing it in old-school Doctor Who style- from a crouched position behind my sofa!

If you could spend Christmas day with any family on Albert Square who would it be and why?

If Dot Cotton was still an Albert Square resident I’d love to hang out her on Christmas Day. I imagine her regaling me with many interesting stories an anecdotes of yesteryear with a constant supply of mince pies whilst ensuring my posh sherry glass for visitors never ran dry.