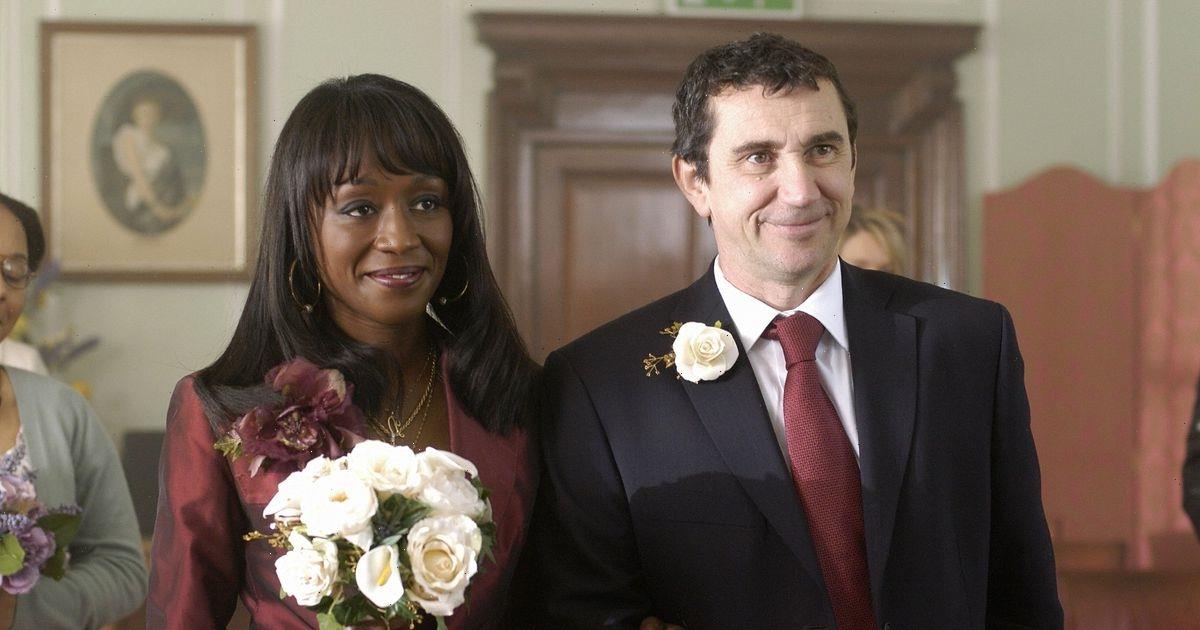 EastEnders fans were floored when Kevin Wicks actor Phil Daniels made an appearance in the eighth episode of House of the Dragon.

The former soap star, 63, was introduced as the nephew of long-running character Pat Butcher and went on to become Denise Fox's husband, playing the role for two years from 2006.

However, in a car ride that went horribly wrong, Kevin ended up impaled by a metal pole and tragically died in Shirley Carter's arms in December 2007.

15 years later, the Quadrophenia star ditched Albert Square for Westeros as he stepped into the shoes of Maester Gerardys following a six-year time jump on the Game of Thrones prequel.

But despite looking worlds away from his iconic soap counterpart, fans were quick to pick up on the familiar face and took to social media to point out his surprising appearance.

One wrote: "Great to see EastEnders very own Phil Daniels in House of the Dragon. A fantastic actor."

"Did anyone notice that the maester was Phil Daniels who played Kevin Wicks in EastEnders? No? Just me? Well, it sure did bring a smile to my face," added a second.

A third echoed: "Phil Daniels being in House of the Dragon is the strangest crossover of things I love I could have ever imagined."

While another penned: "House of the Dragon ….Phil Daniels…. surprisin."

And it seems the actor's appearance in the HBO series isn't the only aspect linking the two shows together as countless fans have taken to social media to point out the similarities they share.

"Is it me or is House of the Dragon one long extended Christmas episode of Eastenders with Dragons. Everyone is hideous & everyone hates each other," exclaimed one.

"My friend just described house of the dragon as "eastenders but with nukes" and this feels oddly correct," added a second.

Another joked: "House of the Dragon is my favorite soap opera atm."

Echoing these thoughts, a fourth penned: "Man House of Dragon is like I'm watching medieval eastenders."