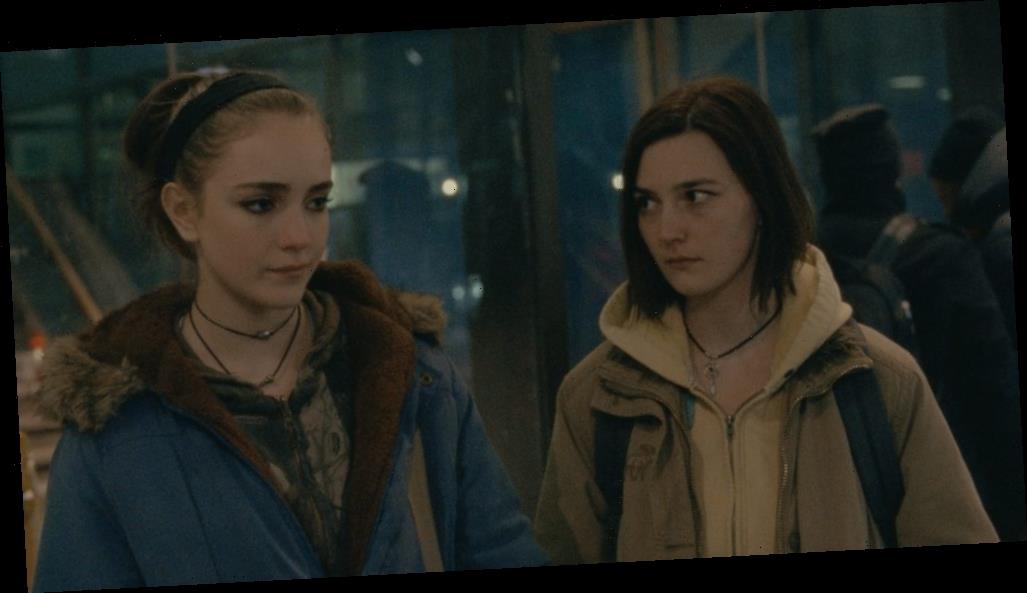 Despite a handful of films postponing their release dates as a precautionary measure in the wake of the coronavirus, the specialty box office is persevering and hoping that arthouse audience will come through. Last week, A24’s First Cow delivered a career-high opening for Kelly Reichardt — but that was before the coronavirus turned into a pandemic. With events being canceled, the rise of concern and social-distancing becoming a common practice, we’ll have to see how this will impact the limited release titles, which is a very different creature than wide-release titles.

Leading the pack this week is the Focus Features title Never Rarely Sometimes Always directed by Eliza Hittman  and starring Sidney Flanigan, Talia Ryder, Théodore Pellerin, Ryan Eggold and Sharon Van Etten. The story follows two teenage girls in rural Pennsylvania. Faced with an unplanned pregnancy and a lack of support, Autumn (Flanigan) and her cousin Skylar (Ryder) head to New York City for help and resources only to encounter an emotional journey of struggle, friendship and courage.

The film premiered at Sundance to a great ovation and it went on to win the U.S. Dramatic Special Jury Award for Neorealism and was nominated for the Grand Jury Prize Dramatic. From the Park City fest, it traveled to the Berlin International Film Festival where it was selected to compete for the Golden Bear in the main competition section and won the Silver Bear Grand Jury Prize.

Never Rarely Sometimes Always is a stellar follow-up to Hittman’s Beach Rats which debuted in 2017 at Sundance where she won for directing. The film, which was released by Neon and earned a modest $473,771 at the box office, was critically acclaimed and marked the feature debut for actor Harris Dickinson, who was lauded for his performance — and it seems like it will be the same story for Flanigan. Never Rarely Sometimes Always marks her feature debut and as Pete Hammond says in his review, she delivers an exquisite performance.

Focus Features already has Emma. charming audiences and their box office bank and Never Rarely Sometimes Always could add to the bank. It’s a more intimate film, but with a strong female presence in front of and behind the camera (Adele Romanski and Sara Murphy produce while  Hélène Louvart as cinematographer), it could very well draw in an audience. In fact, with Hittman’s film and Emma., Focus features is very much serving some fantastic female representation in the specialty box office space.

Sally Potter, the director behind the two-time Oscar-nominated Orlando starring Tilda Swinton, releases her newest film The Roads Not Taken this weekend. The story follows a day in their life as Molly (Elle Fanning) navigates through the challenges of her father Leo (Javier Bardem) who is suffering from dementia. As they weave their way through New York City, Leo’s journey takes on a hallucinatory quality as he floats through alternate lives he could have lived, leading Molly to wrestle with her own path as she considers her future.

The Bleecker Street film made its premiere at Berlin International Film Festival where it was nominated for Golden Berlin Bear. Potter’s celebrated arthouse films have performed fairly well at the box office. The aforementioned Orlando was released in 1992 and was an earlier role for Swinton that made Hollywood pay more attention to her. Loosley based on the Virginia Woolf novel, the film challenged gender stereotypes and earned over $5 million at the box office.

As for the box office performance of her more recent films, Potter’s 2017 dramedy The Party earned $749,827 while her 2012 drama Ginger & Rosa, which also starred Fanning, grossed over $1.6 million worldwide. With her credentials and two well-known leads, we’ll see how The Roads Not Taken fares this weekend.

The Roads Not Taken also stars Branka Katic, Milena Tscharntke, Laura Linney and Salma Hayek. It opens this weekend at the Landmark in Los Angeles as well as the Landmark 57 and Angelika in New York.

After an exclusive East Coast run last week, the Stephon Marbury docu, A Kid From Coney Island makes its expansion to the West Coast with a run in Los Angeles at the Laemmle in Santa Monica. It will also add theaters in New York at the Kent Theater and Stuart Cinema & Cafe in Brooklyn.

Directed by Chike Ozah and Coodie, executive produced by Kevin Durant and produced by Forest Whitaker and Nina Yang Bongiovi’s Significant Productions as well as Jason Samuels, the docu puts a spotlight at the life of the aforementioned NBA Stephon Marbury, who followed in the footsteps of his older brothers who were elite basketball players but never made pro. Marbury was a basketball prodigy and made pro and quickly became a basketball icon — which turned into a turbulent journey that led to an inspiring career as a basketball legend in China. The docu features interviews with members of Marbury’s family, God Shammgoh, Chauncy Billups, Ray Allen, Fat Joe, Cam’ron and Stephen A Smith.

A Kid From Coney Island is distributed by JDS Sports, SLAM Media and 1091 Media. The film is set to expand further to the Film Noir Cinema in Brooklyn on March 20 before debuting on digital and VOD on April 21.

The film starring Sonia Braga, Udo Kier, Barbara Colen and Silvero Pereira premiered at the Cannes Festival, where it won the Grand Jury Prize before playing the Toronto International Film Festival and the New York Film Festival. Set in the small Brazilian village of the titular, Bacurau. As they mourn the loss of its matriarch, Carmelita, they notice that their village has vanished from most maps and a UFO-shaped drone starts flying overhead. It is clear that somebody doesn’t want them there. Soon, a band of armed mercenaries arrive in town picking off the inhabitants one by one. A fierce and bloody confrontation takes place when the townspeople turn the tables on the villainous outsiders and they band together to protect their remote community.

Also opening this weekend is the Pete Davidson pic Big Time Adolescence. The Hulu original film follows suburban teenager coming of age under the destructive guidance of his best pal/his sister’s ex. The pic will play in select theaters this weekend before hitting the streaming platform.

In addition, the dramedy Inside the Rain starring Aaron Fisher, Ellen Toland, Rosie Perez and Eric Roberts is set to open this weekend. The film — which is currently at 100% on Rotten Tomatoes — follows a bipolar student (Fisher) who is part of an incident that causes misunderstanding which leads to his expulsion. After befriending a woman at a strip club (Toland), they plan to recreate the incident to prove his innocence.

Directed by Adam Bolt, the documentary Human Nature marks the directorial debut of Adam Bolt and sheds light on the gene-editing breakthrough CRISPR, which at its essence provides unprecedented control over the basic building blocks of life, opening the door to curing diseases, reshaping the biosphere, and designing our own children. The doc explores the biotech innovation’s implications via the scientists who discovered it, the families it’s affecting, and the bioengineers testing its limits. The Greenwich Entertainment documentary premiered at SXSW last year and will hit select theaters this weekend.