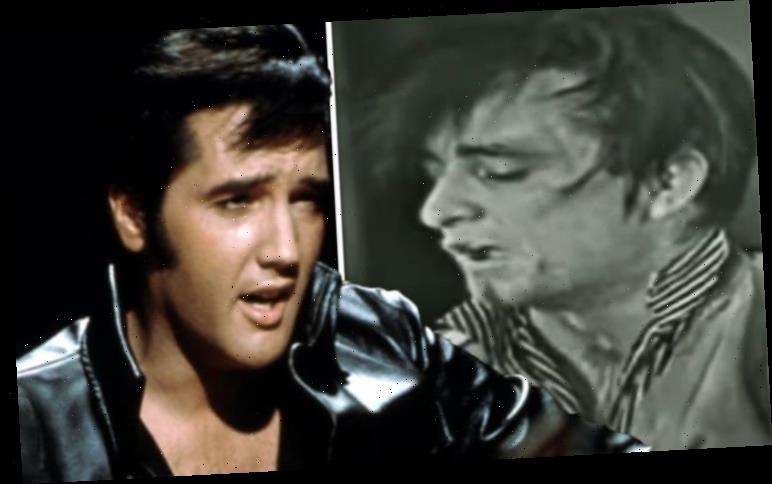 Elvis Presley and Johnny Cash are two incredible greats of our time. While one was the king of rock and roll, the other became the man in black and later became the subject of an Oscar winning film called Walk the Line, starring Joaquin Phoenix and Reese Witherspoon. But it turns out, amid their star-power, the singers also enjoyed a gentle ribbing, with one video showing Cash impersonating his friend at one of his concerts.

“This is an impersonation of a rock and roll singer impersonating Elvis, is what this really is,” he teases.

The singer then goes on to style his hair in the classic Elvis quiff, and contorts his body dramatically.

“Well since my baby left me, will I find any place to dwell,” Cash croons, singing the lyrics from hit song Heartbreak Hotel. 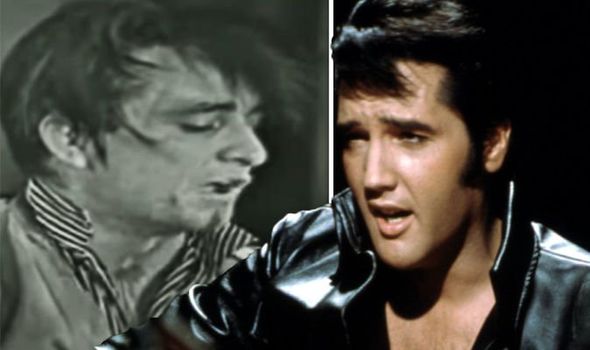 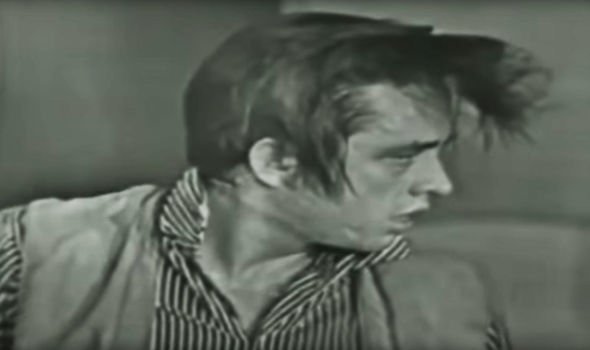 Thrilled with the performance, the crowd screech their hilarity, and Cash shows his prowess to relate to his fans once more.

“Excuse me while I comb part of my hair,” he confides. “I was walking down the street today and a barber came out of a barber shop.

Unable to resist one last jokey jibe at superstar Elvis, Cash adds: “I hope you enjoyed that impersonation of Roy Acuff [a country singer from the same time] there.” 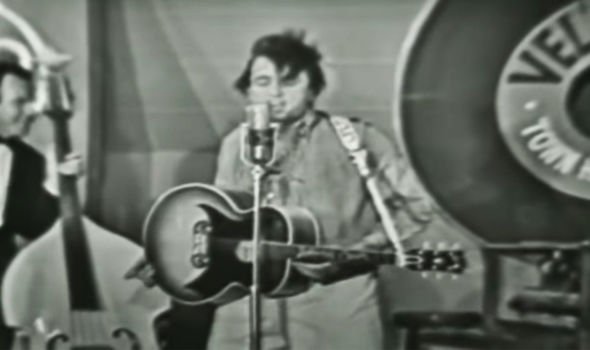 Flocking to the comments, fans debated whether Cash’s impression of the King was a positive one, and while his rendition was undoubtedly very over the top, it was clearly only in jest.

“I don’t know why but I’m glad that Johnny and Elvis were friends,” one person began.

Another declared: “You may be cool but you’ll never be Johnny Cash impersonating Elvis cool.”

“This is comedic….And yet everyone is either defending Johnny or Elvis….” a third laughed.

Lisa Marie Presley children: Did she have children with MJ? [DETAILS]

Elvis Presley wife: Did Priscilla Presley ever get remarried? [DETAILS]

While a fourth noted: “This thing is hilarious, but side note: it’s pretty impressive how Johnny combed his hair perfectly that quick; pompadours are hard to comb in one try.”

A fifth praised: “Johnny’s sense of humor was WAY ahead of its time. This is SNL style parody, decades before SNL.”

“Good fun. When we take ourselves too seriously, then no one else does,” one person commented.

Another fan scolded: “Damn some of y’all are thin skinned. It’s a joke. Elvis and Cash both are music royalty.”

Fans continued to share their thoughts on the video, with one person posting: “I’m a huge Elvis fan and I loved this! The uncontrollable hip was hilarious. I’m sure Elvis got a kick out of it as well. ;).”

“This is PURE GOLD,” a third wrote, followed by: “Good to see the man had a good sense of humour.”

One person even claimed to have been there at the time, saying: “I saw Johnny Cash do this live back in the 50s. They had been traveling together up to that point. Y’all need to see the play, ‘Million Dollar Quartet,’ to kinda get the flavour of the times. Now take a pill & chill. Johnny Cash had a great sense of humour & he & Elvis really liked one another.”