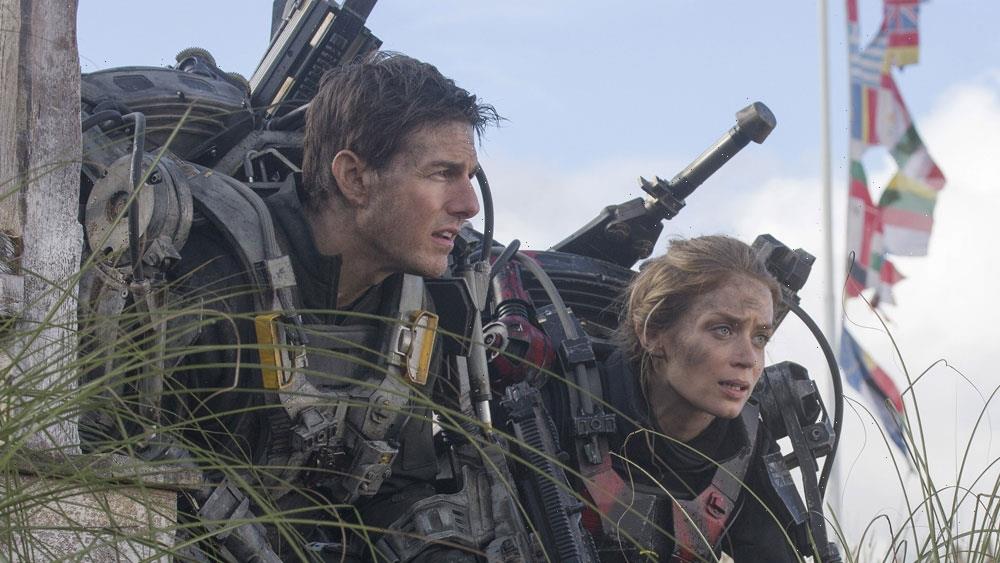 Emily Blunt is recalling her time with Tom Cruise on the set of Edge of Tomorrow in 2014 and the bold words he used after she cried over the heavy costume she had to use.

Blunt recently opened up about filming the sci-fi film and having to wear an 85-pound costume that not only caused her frustration on the set but also permanently injured her ribs and collarbone.

“We had to wear these enormous suits, which I think would’ve been great if we had CGI’d them, but we wanted to do it in a tactile way,” she explained during an interview with Jason Bateman, Sean Hayes and Will Arnett in their SmartLess podcast (via IndieWire).

The Devil Wears Prada star continued, “When you hear the word ‘tactile,’ you think that sounds nice and cozy. There was nothing cozy about these suits. It was like 85 pounds. It was so heavy. The first time I put it on I started to cry, and [Cruise] didn’t know what to do.”

Blunt explained to Cruise that she didn’t know how she was going to get through the shoot and started to cry and that’s when her costar gave her the blunt advice.

“I said, ‘I’m feeling a bit panicky about the whole shoot.’ He just stared at me for a long time, not knowing what to do, and he goes, ‘Come on, stop being such a pussy, OK?’” Blunt said.

Cruise’s words caught Blunt off guard but soon they began laughing about the situation.