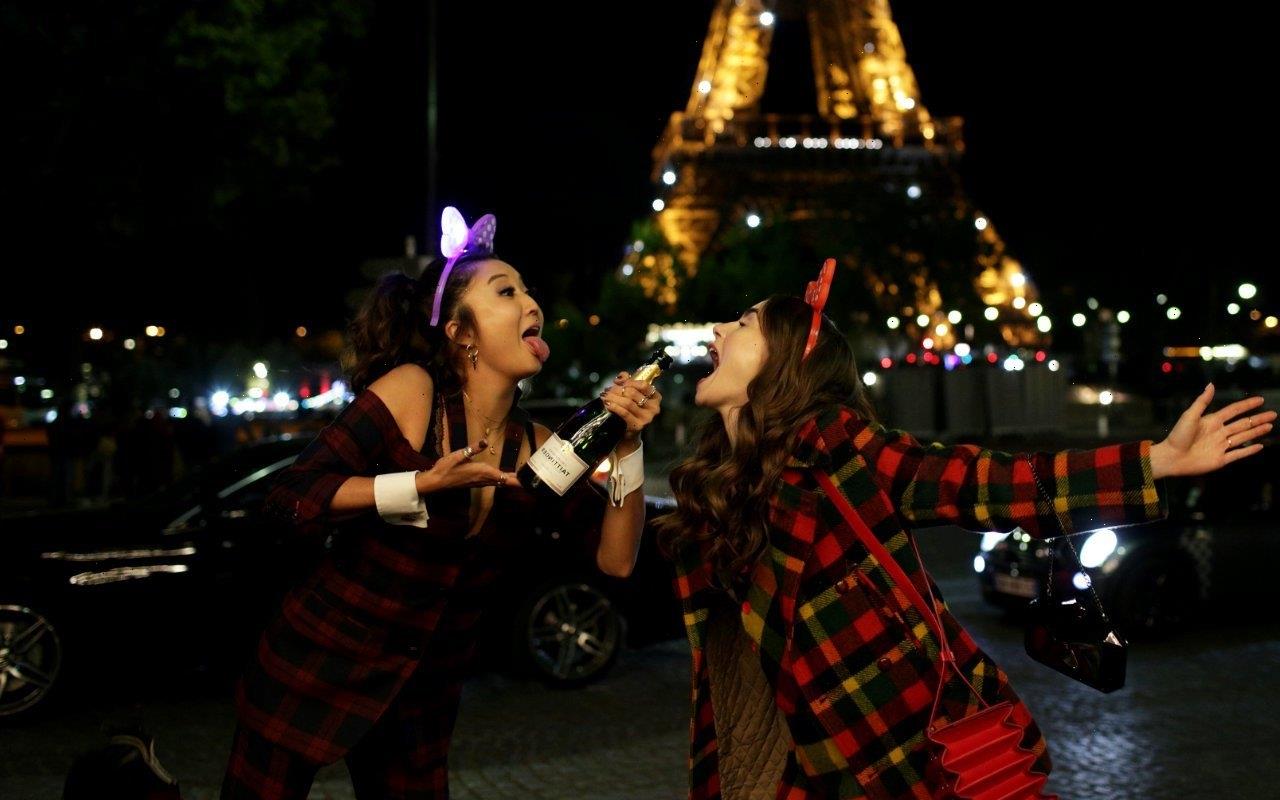 The season 2 of the hit Netflix series is slammed by Oleksandr Tkachenko as the show portrays a character from Kyiv named Petra, played by Daria Panchenko, as someone who steals and fears deportation.

AceShowbiz -“Emily in Paris” is facing backlash once again for portraying cultural stereotypes in its characters. The season 2 of the hit Netflix series was slammed by Ukraine’s culture minister as the portrayal of a Ukrainian woman named Petra, played by Daria Panchenko, is deemed “unacceptable” and “offensive.”

“In ‘Emily in Paris’ we have a caricature image of a Ukrainian woman that is unacceptable. It is also insulting,” Oleksandr Tkachenko wrote in a Telegram post. He further elaborated, “Is this how Ukrainians are seen abroad? They steal, want to get everything for free, be afraid of deportation? That should not be the case.”

Oleksandr also said that while he watched the first season and described it as “a pretty good entertainment series,” he now has “a few comments.” The minister explained, “Netflix is well acquainted with Ukraine, suffice to say that most of the streets of Paris in the movie ‘The Last Mercenary‘ were filmed in Kyiv.”

“In addition, with the popularization of our culture, Europeans and Americans have heard about our artists and beyond,” Oleksandr continued. “At least about the conductor Oksana Lyniv, tennis player Elina Svitolina, singer Jamala, designer Vita Kin.” Oleksandr stressed, “But this is probably not enough.” He went on to point out that he “will have to continue to fight stereotypes. Because if in the 90s and 2000s Ukrainian guys were portrayed mostly as gangsters, over time that has changed.”

It’s also confirmed that Oleksandr has sent a letter to the streaming giant to complain about the portrayal of Petra. On the series, Petra is portrayed as a girl who is terrified of being deported. She also shoplifts while on a shopping spree with Emily, played by Lily Collins, and has a bad fashion sense.

This was not the first time the show has come under fire for its cliched and stereotypical depictions. French critic Charles Martin, who writes for Premiere, was irate after season 1 of the show was released. “Frankly, watching ‘Emily in Paris’ there’s plenty to feel insulted about. When they decided to caricature us, the authors didn’t hold back … no cliche is spared, not even the weakest,” so he said.

Defending the series, Lily, who pulls double duty as actor and producer for the show, said during an interview for the December issue of Glamour, “We do poke fun at America too.” The “Love, Rosie” actress added, “Emily is just as willing to mention things about where she’s from, and they joke about her as much as things are joked about her coworkers or the way of life there.”