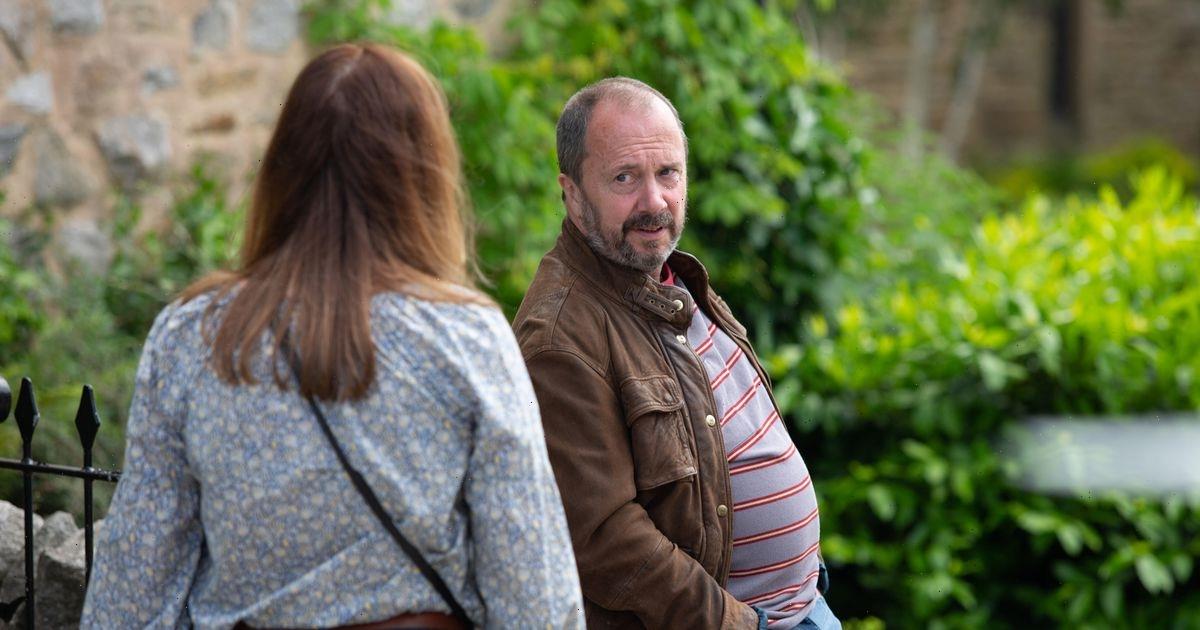 There's a new face in Dales and we think you'll probably recognise him.

Rob Jarvis has recently arrived in soapland and we couldn't help but think he looked rather familiar – and we were correct, because he has been in many TV programmes before entering the village of Emmerdale.

The 56-year-old English television and film actor, is best known for his regular role as Eddie on Hustle, the long-running BBC programme.

Rob played the loveable barman in the BBC programme.

Emmerdale newcomer, Rob, was born in the Wirral and is frequently cast as a Liverpudlian.

With acting credits in TV programmes like Holby City, Casualty, Doctor Who, Luther, Waterloo Road, The Bill and Law and Order – it's no wonder he looks so familiar.

Not only is his face recognisable, but when you hear his voice you may think that he sounds familiar too.

When he's not acting, he is one of the two main voices for the National Geographic Channel in the UK.

He is also currently the voiceover for the Hyundai i20, and the Total Jobs adverts. Rob recently popped up in Emmerdale playing new character Russ and is set to cause havoc in the coming weeks.

When Rob appeared in the soap as Rob last week, he was asking around for Wendy Posner, who is played by Susan Cookson.

Wendy recently attended her mother-in-law’s funeral and now she's set for another shocker when abusive ex Russ turns up. Having been left around £50,000 by her mother-in-law – yep, that's Russ' mum – he starts demanding that she hands it over.

Russ is set to manipulate Wendy and Victoria, who has also been left some cash for her son, and Russ threatens that there will be consequences for the both of them if they don’t hand over what should be his.

The new arrival decides to tell Victoria that he’s Harry’s granddad, which catapults his plan into action – but will Victoria find out he's bad news before it's too late?

With only Wendy knowing the full truth, how will she expose the man who once abused her and now wants to fleece her?

Rob teased his appearance in June, with a simple tweet that said: “Start filming @emmerdale today… in for a little while…”

He hinted that he would be a regular fixture in the soap for quite some time.