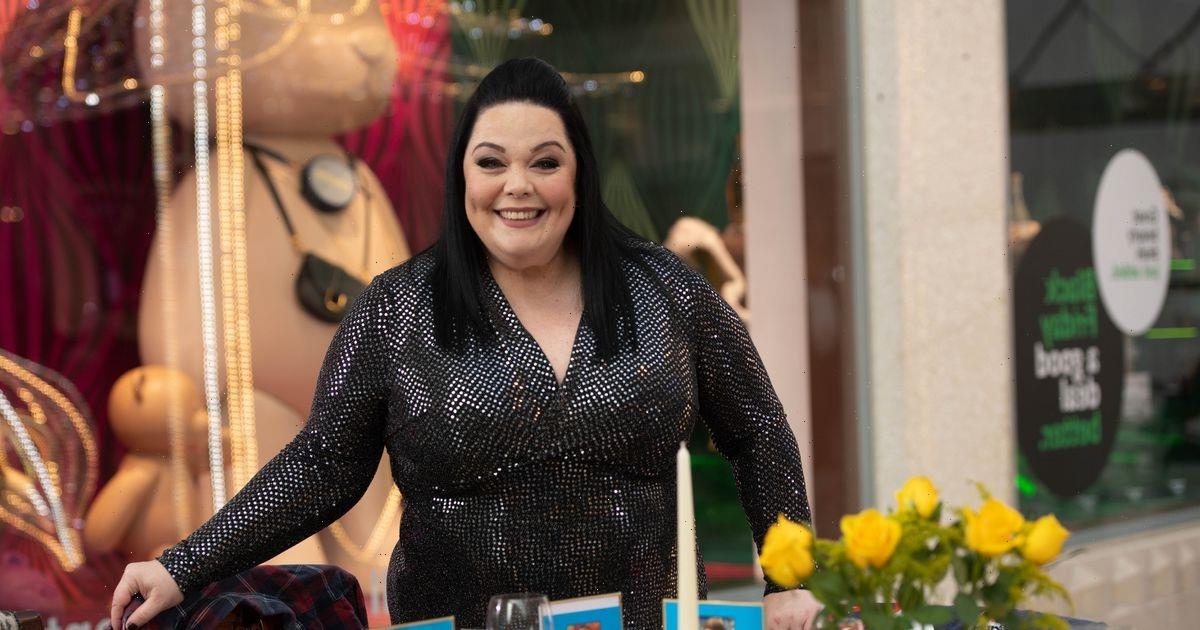 Emmerdale legend Lisa Riley has hinted that her beloved character Mandy Dingle may find love again in the new year – and it could be with her former flame.

The ITV soap gripped the nation over the past few months following the explosive anniversary special which saw a storm tear through the village leaving nothing but chaos in its wake.

During the devastating storm, fans learnt that Chas was having an affair with womaniser Al Chapman behind her husband Paddy Kirk’s (Dominic Brunt) back.

As fans continue to grieve the loss of matriarch Faith Dingle who took her life following her battle with breast cancer, viewers are desperate to find out if Mandy and Paddy will get back together again.

Now, in an exclusive interview with Daily Star, the brunette beauty, 46, admitted that “the world needs Paddy and Mandy back together again” as residents slowly discover her sister’s affair.

She hinted: “The world needs Mandy and Paddy together, but I can’t tell you anything. Me and Dom are the best of friends and have been since we were teenagers, we're like brother and sister at work.

“We love working together, that’s all I can say, but we wouldn’t want to do it so quickly, we want to keep the audience guessing because it’s what the audience want.”

“There's so much exciting stuff coming for Mandy in the new year,” she hinted. “It’s great, I mean what a character, every day is a fun day in Mandy land”.

She went on to admit she can’t go anywhere without fans asking her when Mandy and Paddy will get back together on the ITV show.

Lisa added: “The show’s just going from strength to strength and I’m so proud to be in the show, but everywhere I go – and I mean I can’t go anywhere without someone saying what’s happening with Mandy and Paddy.”

It comes as the actress promotes Sue Ryder’s new campaign, The Empty Chair, which promotes to support those in their lives who have lost loved ones this Christmas.

Speaking of the impact the campaign has had on herself and her family, she said: “I always say that mum was the oxygen in the room.

“Mum made me look timid and that’s not an exaggeration. Mum loved the colour yellow and whenever I see it, I think of her and feel her with me.

“Mum’s empty chair is felt by everyone who knew her, not just me. She is always missed at special occasions and celebrations, because she was the life and soul of every party.