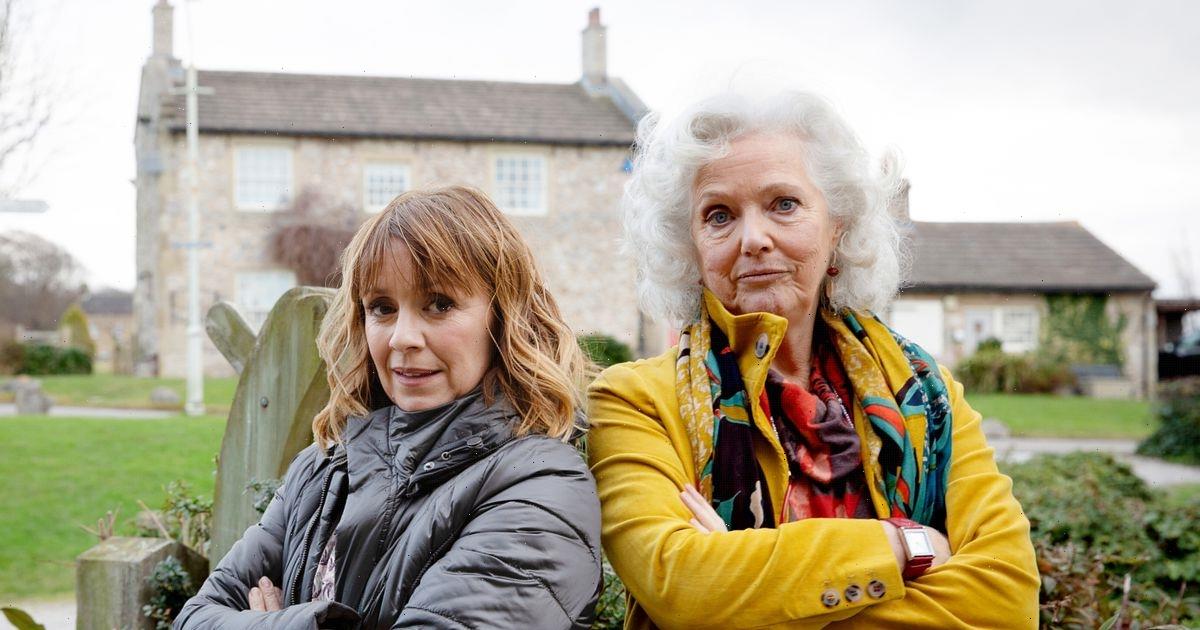 Louise Jameson made her debut on the ITV soap in June 2022 and has become a regular face in the Yorkshire Dales.

In upcoming scenes, Mary turns to Kim Tate (Claire King) for some advice in the relationship department after her disastrous date with a match from an online app.

READ MORE: Emmerdale icon unrecognisable in video explaining how to care for turf before soap fame

As Mary continues to look for love, Daily Star has taken a look inside actress Louise's life from her Doctor Who stint to her job as a prison visitor.

Emmerdale fans were delighted when Louise Jameson arrived in Emmerdale as Rhona Goskirk's mum Mary, but many viewers may not know that this is actually the actresses' second time in the village.

Louise was one of the soap's original residents, Sharon Crosswaite, who was the cousin of Annie Sugden – and daughter to Beryl and Ronnie Crosswaite.

Sharon was also the first dales resident to be murdered in the soap in 1973.

Her Emmerdale debut was one of the actresses' first roles, with Louise telling The Mirror that she was delighted to return as a new character, saying: "When I was in Emmerdale in the early 1970s, it was one of my first ever jobs. So to have been offered this part seems like I’ve come full circle.

Talking about Mary Goskirk, she also added: "Old people shouldn’t always be represented in cardigans and on Zimmer frames.

"I was going to talk to Emmerdale about it when I went in for the chat. But before I’d drawn breath, they gave me an outline of where she was heading and it stopped me in my tracks. It was better than anything I could have come up with."

While the actress may have gotten her start on Emmerdale in the seventies, it is not the only soap that Louise has starred in, as from 1998-2000, she also stepped onto Albert Square as Rosa Di Marco in EastEnders.

Along with roles in TV series including Bergerac, The Bill, Doc Martin and Getting Better, Louise has become one of TV's most familiar faces and beloved actresses.

Despite being a soap icon, Louise's most famous role was in the hit sci-fi TV series Doctor Who.

From 1977-1978, she played warrior Leela alongside fourth Doctor Tom Baker for over 44 episodes.

Since then she has revisited the role many times on the Doctor Who Big Finish Audio Stories, and regularly meets fans across the world at conventions.

Talking about her iconic role, Louise shared with The Sunday Post that she is grateful for the opportunities that the programme has brought her, saying: "Doctor Who was a 10-month job in 1977. It’s turned into my pension.

"It takes me all over the world for conventions and I’m so grateful. It’s an amazing show with good old-fashioned storytelling."

However, she also revealed during a BFI event in 2021 that she left the series to take up the role of Portia in The Merchant of Venice at Bristol Old Vic, but was offered a return to Doctor Who alongside Peter Davison's fifth Doctor, which she now regrets turning down.

She said: "I got a phone call from John Nathan-Turner – and I knew he was now a producer at the BBC – to say could he take me out to lunch and discuss "a series" – that's all he'd say. I thought, 'Oh, I'm going to get my own series!'.

"It turned out that John wanted me to do the last one or two stories of Tom and the whole of the next season, and he told me the [next] Doctor hadn't been cast yet.

"I said I would do the leaving and the arrival, but I didn't want to do a whole other season… what an idiot!"

Away from acting, Louise also had a job as a prison visitor, where she encountered another future soap actor – EastEnder's Dirty Den and late actor Leslie Grantham.

It is reported that she met the actor when he was serving a prison sentence, and that Leslie would often perform in plays at the open prison.

Following their meeting, Louise encouraged Leslie to consider a career in acting and upon his release, the actor later trained at the Webber Douglas Academy of Dramatic Art in London, before landing his now famous EastEnders role.

Away from the limelight, Louise Jameson was married to artist Martin Bedford from 1990 until 1997, after the couple met while she was filming TV series Begerac.

The actress also has two sons called Harry and Tom.

Although she tends to keep her personal life private, Louise has reflected on life after lockdown, and revealed that she is looking forward to making the most of the next stage of her acting career and life, telling The Sunday Post: "I’d be lying if I said it hadn’t been lonely at times. I stopped drinking 15 months ago, swapping it for yoga.

"I promised myself I’d do a year to see if I could, and now I’m carrying on.

"I sleep better, my anxiety levels are down, and I wake up fresh. I turn 70 this year, so I’m looking at my own mortality and just wanting to make the most of act three, really."