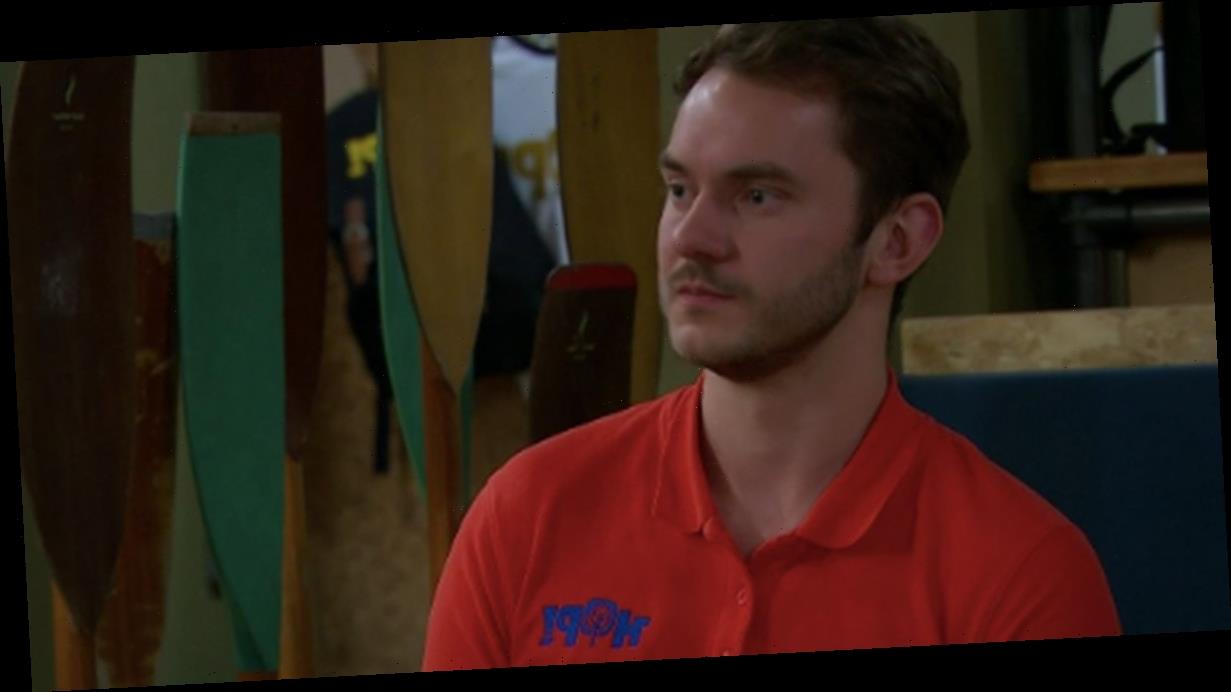 Emmerdale fans have predicted Ben is scheming against Aaron Dingle, intent on getting revenge for his bullying during their school years.

Previous scenes saw Ben (Simon Lennon) confront Aaron (Danny Miller) about the beatings he gave him in the schoolyard, revealing he had bullied him for being gay.

Aaron apologised for the cruel behaviour, revealing he was enduring abuse of his own behind closed doors, at the hands of his father.

After a few speed bumps, the former schoolmates have started dating, with Ben convincing Aaron to give things another shot on this evening's episode.

Aaron abruptly left their date on Wednesday's episode, after Ben's best friend gave out to him about the bullying. This evening saw Ben make his feelings for Aaron clear, hoping he would give things another go and put the past behind them.

However, certain fans feared Ben had an ulterior motive in swooning Aaron, getting revenge for the terror he inflicted on him as a teenager.

Taking to Twitter, one fan wondered: "I feel that Ben has a hidden agenda. I'm assuming he will get Aaron on side then frame him or embarrass him some how?"

"I think Ben is out for revenge on Aaron. Why else would he forgive Aaron so easily," added a second.

And a third suspicious fan wrote: "Now he fancies Aaron, that was quick."

Are Ben's feelings for Aaron sincere, or has he arrived in the dales to get revenge?

Emmerdale airs on weekdays at 7pm on ITV, with a second helping on Thursdays at 8pm.