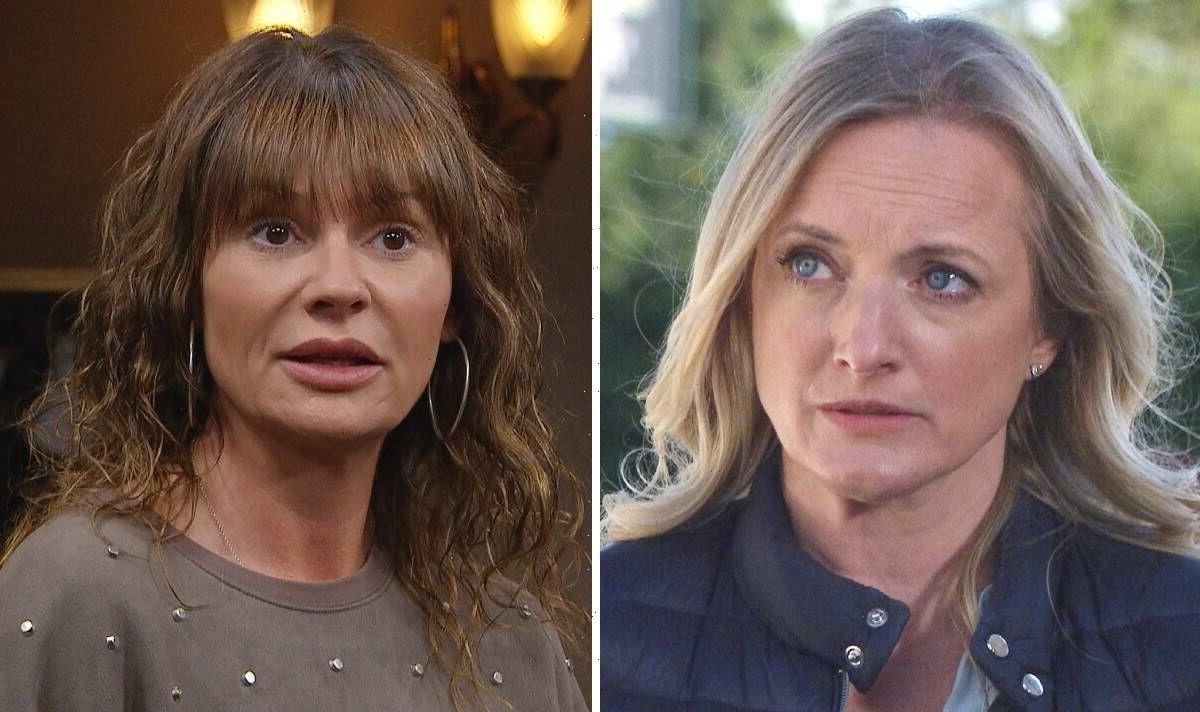 Emmerdale: Cathy and Arthur chat in the cafe

Emmerdale may have just celebrated its 50th anniversary with explosive plots, but there is still more epic drama to come in the next lot of episodes on ITV. Unfortunately, soap fans are going to get used to an adjusted schedule, due to the start of the World Cup. Here’s everything there is to know to watch Emmerdale over the next week.

When is Emmerdale on this week?

The World Cup started on Sunday, November 20, and will continue in Qatar for the next few weeks, until the final on Thursday, December 8.

While these are exciting times for football supporters, it isn’t such great news for those who are Emmerdale fanatics.

As ITV will be streaming the World Cup from beginning to end, this means changes to the drama’s usual schedule, to make room for the matches.

So if you were looking forward to sitting down this evening [Monday, November 21] to find out the latest from the famous village, you’ll be disappointed.

Due to the World Cup airing, Emmerdale won’t be on tonight, November 21, or Friday, November 25.

ITV will be screening the match between the USA and Wales in its place.

Instead, fans will be treated to hour-long episodes on Tuesday, Wednesday and Thursday, to make up for the other two days, at the usual time of 7.30pm.

But there is no need to worry if you do happen to miss these longer midweek episodes.

The channel has confirmed that all three episodes of Emmerdale from this week have already been dropped on its streaming service ITVX.

Emmerdale’s official Twitter account confirmed this was the case, stating that all of this week’s Coronation Street episodes are also going to be on the platform, along with a release date schedule

The tweet reads: “Heads up, our schedules are a little different whilst the World Cup is on

“Here’s what to expect this week!

“As an extra treat, all episodes are ready to binge as a box set each Monday morning. But remember, no spoilers”.

It is believed that this schedule is going to continue for the next few weeks.

If this is the case, all three-hour-long episodes will be dropped every Monday morning for fans to binge-watch.

This will remain the case on ITV until the final match is aired on December 8.

Emmerdale should then return to its usual timeslots once the World Cup comes to a close.

In the upcoming episode on November 22, Chloe (played by Jessie Elland) will accuse Priya (Fiona Wade) of having an affair with Al (Michael Wildman) who was killed earlier this month.

Meanwhile, Cain (Jeff Hordley) will be left furious as he sees his sister Chas (Lucy Pargeter) waiting for him in the prisoners’ waiting room.

But how will the siblings react when they come face to face?

Emmerdale will continue on Tuesday, November 22, at 7.30pm on ITV.